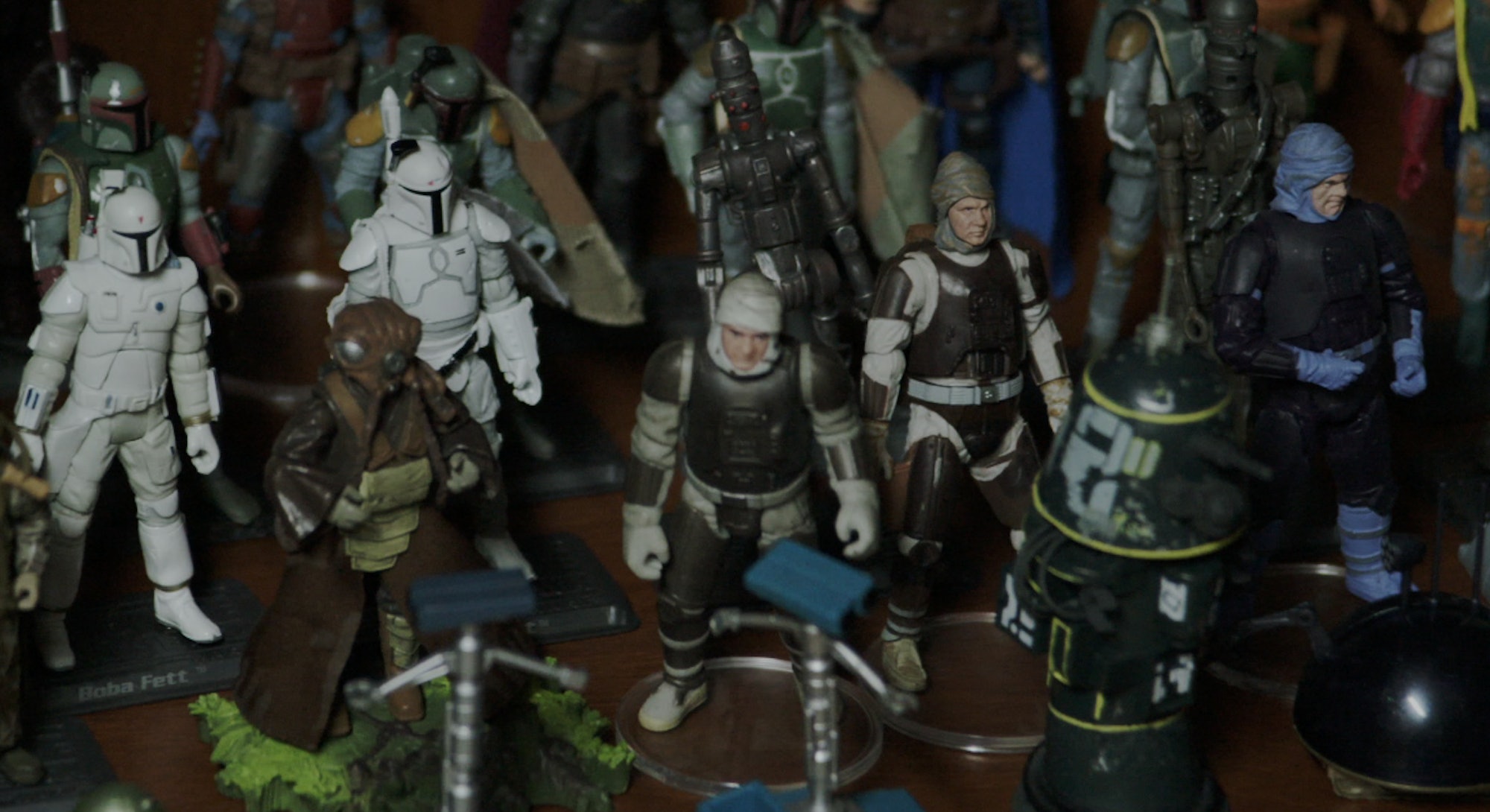 Nobody remembers who said “Cobra” first. Even after producing the Netflix documentary series The Toys That Made Us, creator Brian Volk-Weiss still can’t say for sure who in the brainstorm at Marvel, the comics publisher hired by toy maker Hasbro to create villains for G.I. Joe, coined the name for the evil army/thinly veiled Soviet Union analog.

“It was a Marvel staff meeting,” says Volk-Weiss, retelling what he’s been told to during his time in production. “One of the people said, and nobody is sure who it was, ‘What about Cobra?’ And that’s how Cobra was invented.”

Premiering Friday on Netflix, with the latter half airing in 2018, The Toys That Made Us is an eight-part documentary that explores the origins of the most popular toys in history: Star Wars, Barbie, G.I. Joe, Lego, Transformers, He-Man, Hello Kitty, and Star Trek, as well as the collective worldwide impact all that plastic had on the popular imagination. Each episode singularly focuses on a toy franchise.

As a rabid collector, history buff, and veteran TV producer, Volk-Weiss was meant to make The Toys That Made Us. “So much of who we are is influenced by our childhoods,” he says. “Maybe two billion of us played with at least one of the eight lines we’re covering in the show.”

Then, without a pause for irony, he says: “There are 800 books about Vietnam, 5,000 about World War II, but not a single series about the G.I. Joe figures?”

In an interview with Inverse, the producer reveals why he chose the eight toys, what it took to tell the stories, and what he’d explore in another season if given the chance.

Why a documentary on toys?

I’ve always been interested in history, and I realized not a lot had been put in the history was shocked that outside of Star Wars, Barbie, and Lego, it was hard to find information about the origin of toys. So I took my loves and combined them.

There have been documentaries, and they’re good, but a lot of them, especially Barbie, focus on Barbie as a thing that affects culture. We worked hard to keep the show about the toy.

How did you choose the franchises you explored in each episode?

They had to be iconic. In my head I had this image of Mount Rushmore. We wanted the big toys on “our” Mount Rushmore. Second, we wanted them to have all been in production constantly. And three, I wanted every episode to have a fanbase. That was the matrix of variables we spun into what toys we picked.

What did it take to assemble the story of each franchise? Who did you interview?

We did 309 interviews, went to six countries, to Japan, Denmark, Mexico, 19 states. We tried wherever the story was, and the people we needed. We interviewed Michael Bay for Transformers. Marc Pever, who went to Kenner to do Star Wars toys. Roger Sweet, he was the Mattel designer largely credited, though there’s controversy, with coming up with He-Man.

Bob Budiansky, he came up with the names of the Transformers. He showed up with papers, and while he was being interviewed, he pulls them out. I asked, “Are you carrying all your original legal pads of character descriptions?”

He had Optimus Prime, Megatron, Soundscream, in a pile of papers in his hands. I was worried. He probably had a million dollars if he auctioned them off.

What’s the hardest thing about producing a documentary about toys?

We tried to stick on the toy. Star Trek is a great example. There’s two dozen documentaries about Star Trek, never about the toys. There were many times we found ourselves talking about the show or the movies, and we had to dial it back.

What was the most surprising thing you discovered during production?

Every toy is a gamble. It takes a lot of personalities sharing risk. That’s what we focused on. We worked with a lot of collectors, but this is not about collectors. This is about how the toys came to be.

The toy I didn’t know anything about was Barbie. One of the amazing things I learned was that Barbie, until the ‘80s, was always looking sideways. The reason was from art: women were secondary to men, and would never look at you. In the ‘80s they had, for the first time, Barbie looking straight. You could literally see as Barbie evolved, the role of women in American society evolving.

There is so much more these days for kids to do than in the ‘80s and earlier. When I was a kid, I had three options: Watch Transformers, talk to my mom, do homework. A kid now has 30 options. Video games weren’t there until the late ‘80s. Transformers, G.I. Joe, He-Man, all hit before Nintendo. You had a world that clicked. There was little competition. Now the new thing comes six minutes later.

In a peripheral sense, [President] Reagan. Reagan loosened the rules that affected kids’ programming. His thing was to not stifle business. So toy companies can market in a way they had not been able to prior. This affected the ‘80s. We bring it up in “G.I. Joe,” Reagan is a big part of G.I. Joe. Cobra is the Soviet Union. We make that loud and clear.

“Maybe two billion of us played with at least one of the eight lines we’re covering in the show.”

There’s no confirmation for Season 2, but what toys would you explore if you had the opportunity?

Teenage Mutant Ninja Turtles, Hot Wheels, Batman/Superman, ThunderCats, Dungeons & Dragons, My Little Pony, M.A.S.K., Power Rangers. I’d love to do Robotech. I’d love to do McDonald’s Happy Meals. McDonald’s has played a huge role in the history of toys. It was McDonald’s that made Hello Kitty popular in the United States.

Is The Toys That Made Us meant to evoke nostalgia in viewers?

We didn’t try to mine nostalgia. We just tried to shine a light, and if it happened to trigger nostalgia … I cried like a baby the way they revealed the Millennium Falcon in The Force Awakens. I don’t think they’re jumping up saying, “Nostalgia!” But that ship meant so much to me that to see it there, [it] organically brought nostalgia. People who have seen the episodes have cried. That’s not a joke.

It’s just the story of what was going on [in toys] that a lot of people wondered. Why the fuck were they called Cobra?

The Toys That Made Us premieres December 22 on Netflix.