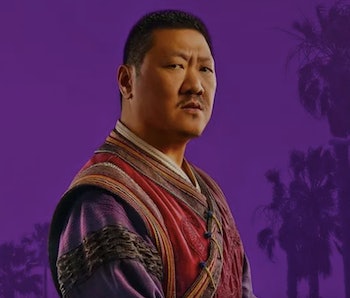 Jennifer Walters’ green-tinted world is looking rather rosy these days. It turns out her client Emil Blonsky (aka, Abomination) has a valid excuse for leaving his jail cell to participate in a cage match against the Sorcerer Supreme Wong, giving She-Hulk her first big win as the head of GLK&H’s new Superhuman Law Division.

With Blonsky back on the streets and mystery assailants now after Jen’s mutated DNA, it’s time to look ahead to She-Hulk Episode 4. Here’s everything we know right now, from release date and start time on Disney+ to plot and casting details. Grab your inhibitor collar and let’s dive in.

Episode 4 of She-Hulk: Attorney at Law airs exclusively on Disney+ on Thursday, September 8, 2022. Marvel fans may notice that’s a shift from the usual Wednesday drops. Disney made the change ahead of Episode 1 for unspecified reasons, but we have to assume it’s got something to do with the upcoming premiere of Andor on September 21 (a Wednesday).

Disney+ releases new movies and TV shows at midnight Pacific, which is 3 a.m. Eastern. By now, this is a known fact, but if you’re still mad about having to wake up early (or stay up late) to see the episode as soon as possible and avoid spoilers, you can probably blame Netflix for making 3 a.m. premieres the norm.

How many episodes of She-Hulk Season 1 are left?

The premiere season of She-Hulk: Attorney at Law will consist of nine episodes, with the finale hitting the airwaves on October 13, 2022. After this week’s chapter, there are five episodes left.

What is the plot of She-Hulk Episode 4?

After Jen’s nighttime attack by unknown henchmen armed with Asgardian weaponry, we’re bound to learn exactly who’s the boss behind the assault and why they want her blood.

Then there’s the issue of Blonsky being released from prison due to Jen’s successful case and what his true plans are. We really don’t believe the whole spiritual sanctuary bit, do we?

We also know from previous trailers that Charlie Cox’s Daredevil will make an appearance in the series and since we’re nearly halfway through the season, that red-costumed vigilante might show up very soon. And don’t forget about Jameela Jamil’s Titania as she’s rumored to play a more significant role than what we’ve seen so far.

Who is in the cast for She-Hulk?

Is there a trailer for She-Hulk Episode 4?

While there is no specific trailer for the fourth episode, Marvel did deliver the series trailer for She-Hulk: Attorney at Law on July 23, 2022, and it features some footage we still haven’t seen in the show so far. Take a look below.

Will there be a She-Hulk Season 2?

There’s still no official word from Disney+ on another season. It appears that She-Hulk: Attorney at Law will only be a limited series, especially since viewer numbers have not been optimal.