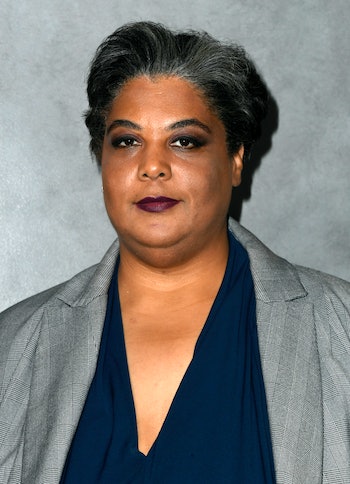 In April of 2016, I received an e-mail with the subject heading: Craziest Fucking Idea Ever, so of course I opened it because I am a fan of crazy fucking ideas.

The sender of that e-mail was Ta-Nehisi Coates and the message read, simply, “Do you have any interest in writing comic books?” That was something I had never considered but I was intrigued. I love a creative challenge and surprising people with what genre I might break into next.

Ta-Nehisi told me there was a possibility of creating a spinoff series with two characters from the Black Panther comic he wrote for Marvel. Now, I am not a comic book reader, or at the time, I wasn’t. Growing up, I read Archie comics. I loved Riverdale and the adventures of Archie and Jughead and Betty and Veronica. Even when I set the Archie comics down, my imagination ran wild, continuing to imagine what would happen next in the stories I had just read, envisioning different lives for these characters. Archie comics, though, are very different from the stuff of superheroes. Though I had no room in my schedule, I absolutely said yes because, as I rationalized to a friend, this way we could maybe get tickets to the premiere of Thor: Ragnorak and meet Thor himself.

I often have uncharitable thoughts about superheroes. Most superhero origin stories involve trauma. That trauma and the ensuing suffering become ennobling. The newly-minted superheroes gain powers and grapple with what it means to be superhuman, to be both part of and apart from humanity. And in general, superheroes are a morose lot. They are dysfunctional and distracted in relationships. Heroes! Just like us! Superman is basically the strongest man in the universe but longs for a home he has never known. Captain America awakens decades into the future and longs for a past he never lived. Batman, a billionaire, loses his parents at a young age and longs for the chance to go back and prevent their tragic death. He is so consumed by grief and rage it is impossible for him to function like a well-adjusted adult who is, in fact, cosseted by billions of dollars and good looks. I understand the narrative arcs of these heroes and why they’re so compelling. But I am also certain that these are the kind of arcs only available to white men who have the luxury of shaping their lives around existential angst.

World of Wakanda was a five-issue arc creating the backstory for how two lesbian women, Ayo and Aneka, break from tradition and become the Midnight Angels in Ta-Nehisi’s run of Black Panther: A Nation Under Our Feet. For me, writing is problem solving; it is an act of exploration. There are challenges and I use words to meet those challenges. At least, I try. With this arc, I had to ask myself why. Why would Ayo and Aneka, women who have dedicated their lives to service and the leader of Wakanda, turn their backs on everything they hold dear? What would push them to the breaking point of shifting their loyalties?

The Dora Milaje are a fierce fighting unit — well trained, whip-smart, deadly. They hail from the most technologically advanced country in the world so they have incredible weaponry and computing power at the ready. As a storyteller, having the bounty of Wakanda at my disposal made the work of writing this comic not only satisfying but fun. There are no limits to what is possible in Wakanda and the significance of an African nation being the most advanced in the world, uncolonized, with everything to offer, was not lost on me. The idea of Wakanda allowed me to contribute to a far more expansive vision of blackness than the one too many people hold in this world. Ultimately, it was a thrill to write a superhero story and rethink who can be heroic and why. It was also a thrill to imagine superheroes motivated by more than their own traumas, not that there’s anything wrong with that.

The pieces I curated for this special Inverse Superhero Issue feature work from writers Jamilah Lemieux, Keah Brown, Jet Toomer, and Jill Louise Busby. You will also find conversations with horror writer Tananarive Due and director Nia DaCosta, who I spoke with while she is on location in the U.K., filming The Marvels. If there is a theme for this issue, it is incredible Black women offering their own expansive interpretations of who superheroes are and who, if our imaginations are powerful enough, those superheroes can be.