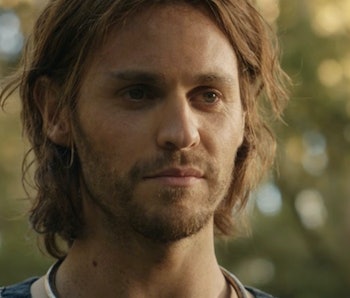 The Season 1 finale of The Lord of the Rings: The Rings of Power sees Amazon’s flagship fantasy series take several creative liberties with its source material. The episode, “Alloyed,” not only confirms that The Stranger (Daniel Weyman) is a wizard, but it also sees a horrified Galadriel (Morfydd Clark) discover that Halbrand (Charlie Vickers) has been Sauron all along.

The latter twist only comes after Sauron has been brought into the Elven kingdom of Eregion, where he forms a quick friendship with Celebrimbor (Charles Edwards). Together, Celebrimbor and Sauron discover how to forge the Rings of Power that will go on to define Middle-earth’s Second and Third Ages. Notably, “Alloyed” even ends with the forging of Celebrimbor’s Three Rings for the Elves.

In doing so, The Rings of Power’s Season 1 finale totally rewrites Celebrimbor and Sauron’s relationship, and the series may have just fumbled the storyline that J.R.R. Tolkien fans were the most excited to see play out.

In The Silmarillion, Sauron first visits Eregion while wearing a “fair” disguise and calling himself by a different name, much like in The Rings of Power. However, while the Amazon series sees Sauron masquerade as the wounded human leader of the Southlands, The Silmarillion says Sauron claimed to be an emissary sent by the Valar themselves: Annatar, the Lord of Gifts.

Sauron’s Annatar phase is referenced in Episode 8, but he ultimately has a much smaller role in the forging of the first Rings of Power in the Amazon show than in Tolkien’s legendarium. Not only does Sauron teach Celebrimbor how to forge the Rings in The Silmarillion, but he oversees the creation of the first 16. His presence allows Sauron to taint the Rings given to nine men and seven dwarfs.

It’s his absence during the forging of the three Elven Rings that allows them to be created without the same corruptive effects. In that sense, Sauron’s absence during the final moments of Episode 8 suggests that the show’s Three Rings will be similarly untainted. However, by reversing the order in which the Rings are forged, the Amazon series has created more problems for itself than it needed to.

Part of the brilliance of Sauron’s infiltration in The Silmarillion is that he exploits Celebrimbor’s ambitious nature by promising to teach him new powers as a blacksmith. It’s not until after Sauron has already tricked him into forging the Rings of Power that the Dark Lord’s true identity is revealed.

The Rings of Power Season 1, however, ends with Galadriel not only becoming aware that Halbrand is Sauron, but with Celebrimbor successfully crafting the Three Elven Rings without Halbrand’s help. So how on earth could Celebrimbor ever be tricked into forging 16 more Rings of Power with Sauron?

Even if Galadriel chooses not to tell Celebrimbor about Halbrand’s true identity for some contrived reason, she still explicitly states in the Season 1 finale that Halbrand is not to be trusted.

The Inverse Analysis — The Rings of Power Season 1 has left the door open for the show to take its Sauron and Celebrimbor storylines in several different directions, and there’s no reason to believe the creative team doesn’t have a solution in mind. However, it’s hard not to feel like The Rings of Power has gotten its eponymous storyline off to a muddled and lackluster start.

The show’s decision to expedite and reorganize the forging of the Rings of Power will likely be seen by many Tolkien fans as a disappointing mistake. Sauron’s deception of Celebrimbor is one of the most iconic moments in the history of Middle-earth, so to have it all unfold almost entirely from Galadriel’s perspective is a choice that The Rings of Power’s writers may very well come to regret.

The Lord of the Rings: The Rings of Power Season 1 is streaming now on Prime Video.