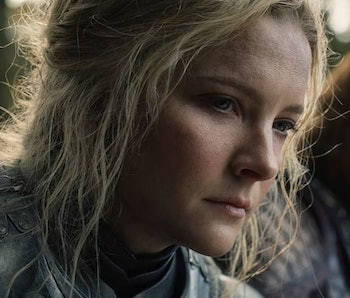 Grab some Lembas bread and a flagon of ale, it’s going to be a long wait for The Rings of Power Season 2. The Lord of the Rings prequel series still has two episodes left in its inaugural season, but in an interview with The Hollywood Reporter, showrunners Patrick McKay and J.D. Payne reveal when you can expect the Rings of Power Season 2 to debut.

Here’s what you need to know, along with a few other wild details from the article.

When will Rings of Power Season 2 be released?

It’s too soon to say for sure, but we do know that production on Season 2 has officially commenced. Season 1 took longer than expected due to certain factors outside even Amazon’s control, but Rings of Power is expected to flow at a faster pace moving forward. Still, before you get too excited, McKay told THR that production of Rings of Power Season 2 will last for “another couple years.”

Considering that production just started, this means we won’t be seeing Rings of Power Season 2 until October 2024 at the soonest. Thankfully, you can always watch The Lord of the Rings extended edition movies on repeat until then.

The other Lord of the Rings shows we never got

THR’s article goes into detail on some of the other pitches that were rejected either by the Tolkien estate or by Amazon. It’s a pretty incredible window into the shows we almost wound up with instead of Rings of Power.

HBO reportedly pitched the Tolkien estate on a retelling of Middle-earth’s Third Age (aka, the story of Lord of the Rings). THR notes that J.R.R. Tolkien’s son Christopher hated the movies, but apparently, that wasn’t enough to win the contract.

Meanwhile, Netflix went all out, pitching an extended universe of interconnected shows including a Gandalf spinoff and an “Aragorn drama.”

“They took the Marvel approach,” an insider tells THR of Netflix’s pitch, “and that completely freaked out the estate.”

Finally, the article reveals that after Amazon won the rights, the company met with lots of directors and showrunners. This included the Russo Brothers, who directed Avengers: Endgame and reportedly pitched the Third Age, but as “as an Aragorn story.”

Ultimately, McKay and Payne won Amazon over with their geeky love for all things Tolkien. And so far, it seems like Amazon made the right decision, though it may be many years before we know for sure.

Rings of Power is streaming now on Amazon Prime.