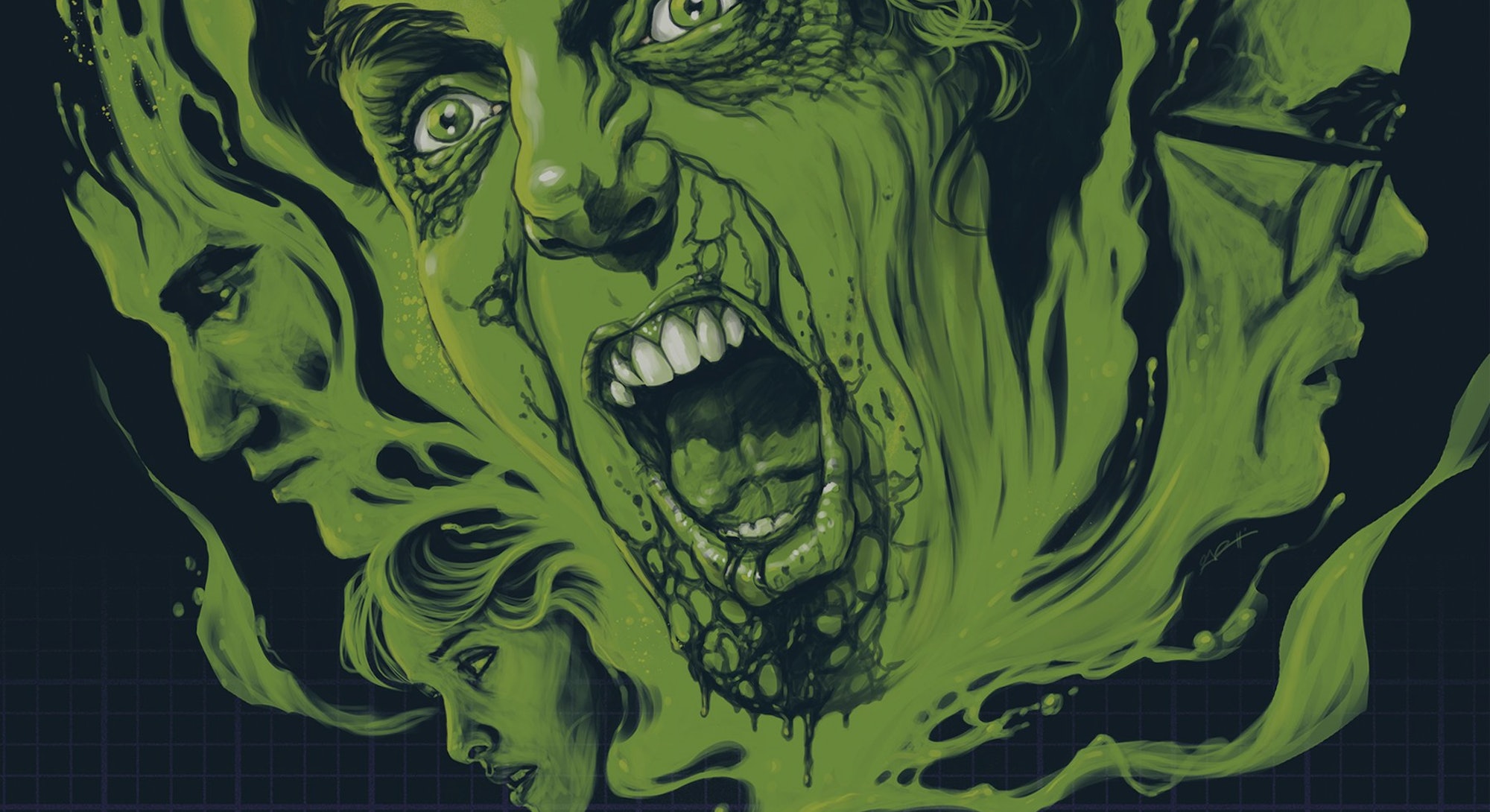 We’re currently in a boom period for H.P. Lovecraft adaptations.

Richard Stanley came out of a self-imposed exile to tackle Lovecraft’s short story Color Out of Space for the big screen. The BBC transformed his novella The Whisperer In Darkness into the format of a true crime podcast. And HBO explored both the brilliance and the bigotry of the cult author’s imagination in the genre-defying new series Lovecraft Country.

Yet the most famous take on Lovecraft’s work will perhaps always remain the gloriously unhinged splatterfest in which the final victim is almost orally violated by a disembodied head. Unsurprisingly, considering the author’s chaste reputation, this incredibly perverse act didn’t feature in the source material. And it certainly wasn’t the only liberty taken by Re-Animator, the tale of a sociopathic medical student who can bring the dead back to life (well, kinda) which celebrates its 35-year anniversary on October 18.

Of course, first-time director Stuart Gordon, who sadly passed away earlier this year, was never going to do things straight-forwardly. This was the man once arrested for staging an obscene production of Peter Pan, after all. Even so, some Lovecraft purists were still left stunned at how much his vision differed from 1922’s serialized Herbert West-Reanimator.

To be fair, Gordon initially planned to be a little more faithful with a 13-part TV series, which shared the original’s early 20th century period setting. But budget constraints and the perceived lack of demand for a weekly half-hour horror soon killed that idea. After cutting a deal with schlocky horror maestro Charles Band’s Empire Pictures, Gordon instead moved the story to modern-day Chicago for a feature-length film that producer Brian Yuzna claimed would combine the shock sensibility of Evil Dead with the production values of The Howling.

With only a relatively measly $900,000 to play with, Re-Animator doesn’t quite achieve the latter. Special effects supervisor Bret Culpepper reportedly had to use hamburger mince in place of latex to cover up zombie genitals, and hardware store flare fluid filled in for the film’s magical neon serum. Poor David Gale (Dr. Hill) was subjected to repeated bashings over the head with a cheap, hard-setting rubber shovel.

Yet there are undeniable shades of the gleeful gore and unashamed high camp that make good on Yuzna’s Evil Dead comparison. Gordon was particularly proud of the copious amounts of blood – 24 gallons to be exact – that largely gets splattered around in the chaotic morgue-based finale. “The movie would be about 15 minutes long,” he once quipped when asked whether he ever aimed for an R rating.

Of course, it’s the “head giving head” scene that cemented Re-Animator as a cult sleaze classic. As you’d expect, it wasn’t exactly the most comfortable to shoot, either. In fact, scream queen Barbara Crampton was only cast when the first Megan’s horrified mother read the script and forced her daughter to pull out. Gale apparently felt entirely uncomfortable with his involvement, too; it also caused his wife to storm out of the premiere in disgust, according to Yuzna.

But it wasn’t just the more sensational aspects of Re-Animator that upset the Lovecraft faithful. The relatively straight-laced medical student Dan Cain (Brian Abbott) is upgraded from narrator to essentially the leading man, although his rather bland character still ends up playing second fiddle to Jeffrey Combs’ deliciously deranged West. And as with the villainous Dr. Hill, Cain’s girlfriend Megan is a brand-new welcome addition to the story. Famously, Lovecraft was never particularly at ease with writing female characters.

You could argue that most of Gordon’s changes were for the better. Sure, Lovecraft would never have approved of all the blood and nudity on display, but Herbert West-Reanimator was hardly one of his most cherished works. Even the author himself is said to have disowned it. And it had long gone out of print by the time that it was recommended to Gordon following a discussion on Frankenstein-esque stories in the early 1980s.

Re-Animator ultimately rescued a Lovecraft tale from obscurity and introduced a new generation to his brand of cosmic horror far more effectively than the Roger Corman productions of the ‘60s/’70s. Celebrated critics Pauline Kael (“a silly ghoulie classic—the bloodier it gets, the funnier it is”) and Roger Ebert (“A livid, bloody, deadpan exercise in the theater of the undead”) both gave the movie two thumbs up. It even won the “Special Prize” at Cannes.

Gordon later proved his Lovecraft fandom by helming four more adaptations, with Crampton and Combs both joining him for 1986’s slightly less eccentric From Beyond. Re-Animator may be freakier, trashier and far more tasteless than the original but you could argue that it’s also made with much greater affection. Maybe that’s why it’s still considered a cult classic today.

Re-Animator is available to stream for free on Tubi.