“To those before. To those after. To us now. And to those beyond. Seen or unseen. Here but not here.” 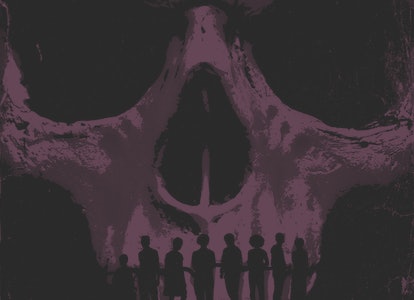 Mike Flanagan is preparing to scare Netflix audiences again a little over a year after Midnight Mass sent shivers down our spines.

The television horror auteur is adapting Christopher Pike’s The Midnight Club, along with co-creator Leah Fong, whom he previously collaborated with on The Haunting of Bly Manor — and the show is coming sooner than you might expect.

Grab your favorite sinister story, and gather by the crackling fire: hear our tale about Netflix’s The Midnight Club.

When is The Midnight Club release date?

Just in time for Halloween, Netflix is serving up a huge treat for both fans of horror, mystery, and thrillers, and folks who love to romanticize ‘90s teen pop culture. The Midnight Club debuts on the streamer on October 7, 2022.

The Midnight Club is slated for a 10-episode run, and as of now, Netflix appears to be abandoning its divisive Stranger Things strategy of splitting Season 4 in half, instead dropping the entire show in one go for a delectable TV binge.

The Midnight Club hails from Flanagan and Trevor Macy's Intrepid Pictures, the production banner behind The Haunting anthology, Midnight Mass, and the forthcoming horror drama miniseries The Fall of the House of Usher, based on the work of the same name by Edgar Allan Poe. Intrepid Pictures has been under a multi-year television deal with Netflix since February 2019.

What is the plot of The Midnight Club?

The Midnight Club is based on Christopher Pike's young adult horror novel of the same name, released in 1994, which holds a 3.8 out of 5 star rating (out of 5,001 public reviews) on Goodreads.

The 224-page book is about a group of terminally ill teenagers who are sent to Rotterdam Home, a hospice, to die. Awaiting death, the five young persons form the Midnight Club to pass the time, huddling together when the clock strikes 12 to tell stories of intrigue and horror. One night, they make a pact that the first of them to pass on must make every effort possible to contact the other Midnight Club members from the great beyond. When this member eventually succumbs to disease, bizarre occurrences begin to unfold.

It should be noted that Netflix’s official logline of the series changes the name of the medical manor to Brightcliffe Hospice. The Midnight Club cast has also been expanded to include eight teens, rather than five.

Who is in The Midnight Club cast?

While the character names of each member of The Midnight Club have not been released yet, we do know who has been cast in the Netflix series. Down the road, an official trailer may give more hints as to who plays. Many of the actors enlisted for the project have credits in horror films and series, including titles produced by Mike Flanagan via Intrepid Pictures.

Is there a Midnight Club trailer?

The Midnight Club’s first teaser trailer was unveiled during Netflix’s Geeked Week— a week that celebrates, you guessed it, Netflix’s geekiest genre story slate. Not much can be determined about the plot (or how faithful it will be to its original source material), but from the clip alone, we can tell it’ll be a chilling TV event.

The Midnight Club will arrive on Netflix on October 7, 2022.