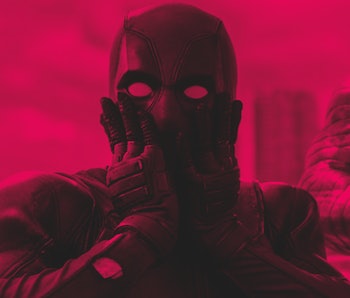 What’s next for the MCU? Marvel has a full slate of movies and TV shows ready to roll out over the next few years, and while we know plenty about some of those stories (Thor 4 can’t stop leaking and Secret Invasion feels increasingly important after WandaVision), there’s way more we don’t know about upcoming movies like Deadpool 3 to Blade. Now, one ginormous leak may reveal everything the Marvel Cinematic Universe has in store.

A lengthy 4Chan post shared to Reddit claims to reveal 26 different spoilers for Marvel’s upcoming movies, shows, and more. This is 4chan, so consider it about as trustworthy as Loki in Thor: The Dark World, but some of these alleged MCU leaks are just too exciting to completely ignore.

For example, did you know Janelle Monae might play a role in Blade? Or that Ryan Reynolds and Marvel are fighting over who will direct Deadpool 3? (Reynolds wants Shawn Levy, Marvel wants Robert Rodriguez.) Or that Harry Styles has a “small yet memorable role” in Eternals? (This rumor has actually been floating around for a while.)

Is any of this even remotely true? Who knows. (Probably not.) But with 26 different items on this list, at least one or two of them must be right.

What else...? Killmonger will return in Black Panther 2 (maybe, in a flashback?) and so will Denzel Washington (really, though?). Apparently, Grandmaster is also returning in Thor: Love and Thunder (sure, why not?) and Lena Headey has been cast as Valkyrie’s Queen (cool, if true). Oh, and allegedly, “Mutants” is set for around 2025 — cue the Wolverine claw sound effects. Snikt.

If you’ve been following the Fantastic Four movie rumors, you know John Krasinski and Emily Blunt are fan-favorite picks for the married superhero couple. So if Marvel is interested in these two, maybe those rumors are true. Then again, maybe it’s all just a bunch of B.S.

Seriously, don’t take any of these as the truth. Would it be great if a bunch of this actually happened? Sure. Will it, we have no idea. But assuming there’s even a kernel of accuracy to this lengthy Marvel leak, here’s one alleged spoiler we really do hope is legit:

More like this
Entertainment
Jan. 25, 2023
The MCU could bring back a hero from its most underrated TV show
By Dais Johnston
Entertainment
Jan. 26, 2023
Corey Stoll could have the chops to make a live-action M.O.D.O.K. work
By Mónica Marie Zorrilla
Entertainment
Jan. 21, 2023
With Mandalorian Season 3, Star Wars is repeating Marvel’s worst sin
By Jake Kleinman
LEARN SOMETHING NEW EVERY DAY.
Related Tags
Share: