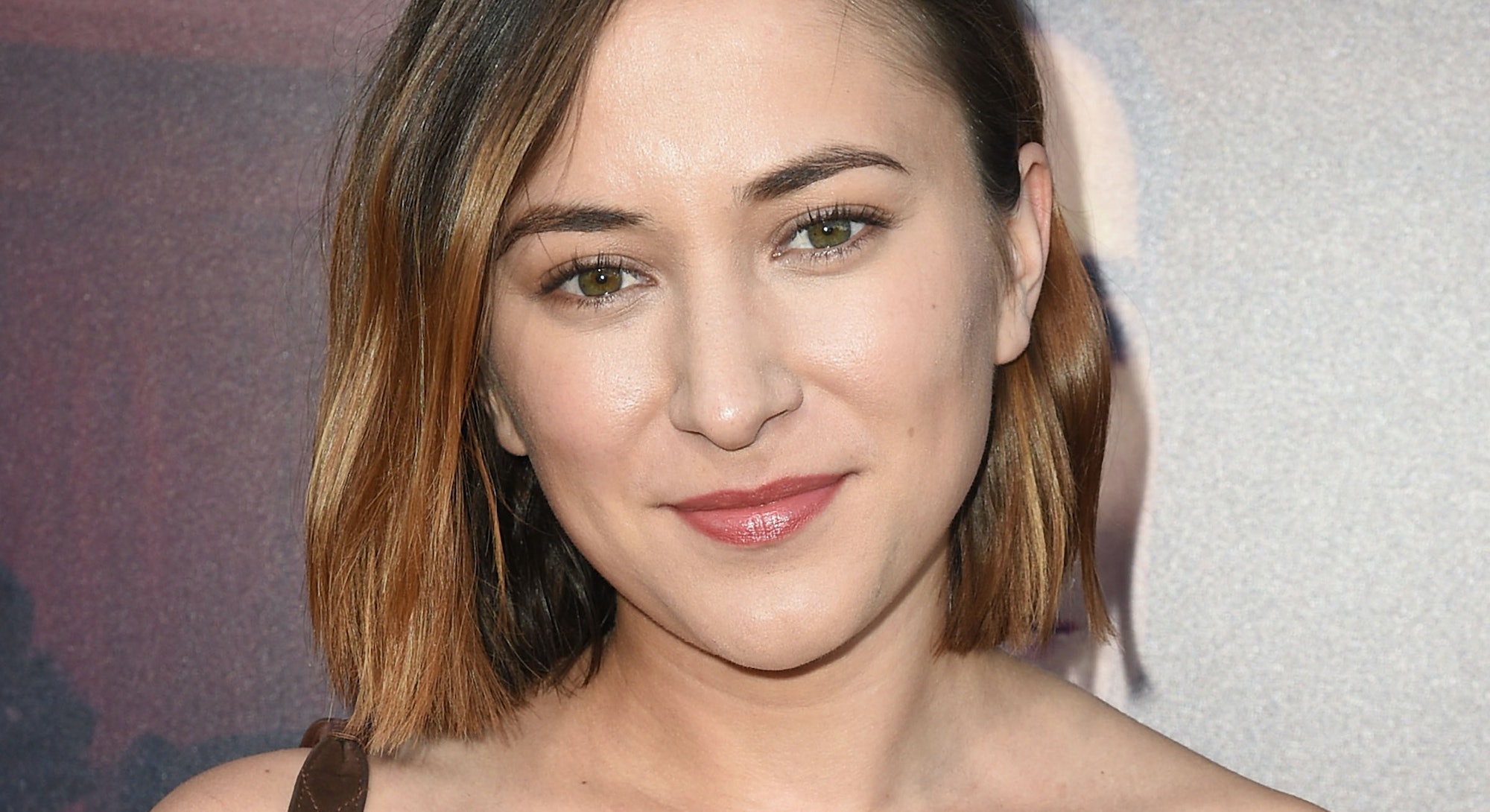 In the Avatar universe, no villain is quite as fascinating as Kuvira.

The military leader turned fascist conqueror elevated The Legend of Korra's budget-strapped fourth and final season into an unforgettable showdown between the Avatar and her toughest enemy yet. But what even the most devoted fans may not realize, is that the voice behind Kuvira belongs to Zelda Williams — Robin Williams' daughter and an actor and director in her own right.

In an interview, Williams tells Inverse how she came to voice Kuvira, how the role helped her overcome an insecurity from her childhood, her thoughts on Netflix's upcoming live-action adaptation, and more.

"The worlds created in Avatar and Korra are clearly tied to and inspired by cultural identities that aren’t mine," Williams says, "so I don’t think it’d make sense for me to take part in either."

If Netflix's live-action Avatar ever makes it to Kuvira's story, Zelda Williams may not be right for the part, but she'll always be Kuvira to us. Read the full interview below.

INVERSE: When you initially got the role of Kuvira, did you hesitate at all to take it?

Zelda Williams: Hesitate? Not even remotely! I loved the Avatar series growing up, and to play a powerful, layered villainess in ANYTHING is a dream of mine.

While recording for Season 3, did you know you’d play a major role in Season 4? If not, when did you find out?

They somewhat happened simultaneously in the booth, if I recall (though keep in mind this was a long time ago). That said, I was hired on the basis of the Season 4 arc, the Season 3 stuff was to Easter egg what was to come.

Have you noticed an increased interest in Legend of Korra this summer now that both shows are on Netflix?

I’m not on the internet much anymore, so I can’t say I see it too much in my day to day life, but I’ve noticed a resurgence in Kuvira questions and avatars when I do pop on, which is nice. It’s sometimes strange for me as we recorded it so many years ago now that it feels like a different life. Hell, my Dad was alive when I was recording it. But for others, it’s like it's brand new for them. That aspect is really interesting.

Who’s your favorite character in the series besides Kuvira, and why?

Probably Toph. I’m a big fan of all the badass women in Avatar and Korra, but the fact she’s a bridge between both series, and just as sarcastic, dry, and casually powerful as an old lady, that really got me.

What do you think happens to Kuvira after the series finale? As the only villain who both repents and survives, do you think she’s rehabilitated?

Haha, I mean, the comics touch on it already, so it's hard to put that aside, but I’d like to believe Kuvira is capable at least of atonement, and perhaps a life spent doing good for her people WITHOUT doing harm to others, I just don’t know how believable that is. I mean, I played her as emotionally grounded as I could while recording, but as a character, anyone who actively, fervently seeks enormous power tends to have some deep character flaws, and I’m not sure how ‘changeable’ those are. It’s easy to forget in the face of liking an animated character, but were this in the context of their world, she destroyed cities, put people in work camps, and probably killed a LOT of people. Not sure if there is actual tangible redemption for an individual guilty of that in any world aside from imaginary ones.

“I think some of her core beliefs were initially admirable, but I refuse to believe her actions, in the end, were defensible.”

There’s a segment of the Avatar fanbase that argues your character’s actions were defensible. Do you think Kuvira was right? Wrong? Or somewhere in between?

I think some of her core beliefs were initially admirable, but I refuse to believe her actions, in the end, were defensible. Kuvira may have started from a place of wanting to fix a broken feudal system and help her people, but she quickly became a blind nationalist dictator, putting dissenters into reeducation camps and using forced labor to support her war efforts. On top of that, while it's not blatantly seen in the show, most hostile militant takeovers (even in the pursuit of perceived unity), result in a lot of death, and I have to believe her hands were incredibly dirty. To me, even if you start a journey with unity in mind, if you end it valuing allegiance and fealty above all else, you’ve lost your way. Loving your people and country and wanting to unite them is great, but it shouldn’t come at the expense of all others, and that includes any of your own people who disagree with you.

The Earth Kingdom is an interesting stand-in for multiple nations in real-world history. It sometimes feels like a metaphor for China, especially in the portrayal of the Earth Queen and the Dai Li. In Season 4, the Earth Empire can also feel like a metaphor for Nazi Germany. What do you make of those comparisons? Was it something you considered while performing the role?

Well, I’m in no way involved in the writing of the show so I can’t comment on where they were inspired to create her, but I can see where people are drawing those parallels. However, not unlike most of my cartoon jobs, I was mostly made aware of her arc on an episode-to-episode basis, so while I was working, it would’ve been very hard to have the read be too far-seeing. While I knew she was the ‘big bad’ of the season, I didn’t know much of her specific future actions in advance, so I tried to evolve with her with each new episode.

“I had no interest in approaching her as a cut and dry villain.”

At the time of first recording, I knew Kuvira was a military leader, so on a nose to the page base level, I set out to play her core voice as commanding, persuasive, and fiercely capable. I had no interest in approaching her as a cut and dry ‘villain’ in the read, as I don’t think she was one in her own mind. From a purely work perspective, her voice is essentially my relaxed, unnervous speaking voice, but with more annunciation and orator projection pushed thru it, and looking back, I’m so glad I played it as such, both because I think it was well-received and because it instilled in me a new confidence in my actual speaking voice. Growing up, I was made fun of for my lower register by other kids, and so I had slowly stopped using it, opting instead to make my voice sound lighter and more feminine to avoid scrutiny. Even now, when I’m nervous or worried people will perceive my tone as harsh, I find myself reverting to that, but post-Kuvira, I found I was a lot more proud of my natural register and more confident using it again, and most of my characters since have involved some aspect of it. I’m enormously grateful to her for that.

It’s no secret that Nickelodeon cut the budget for Korra Season 4, resulting in a clip show episode (“Remembrances”) and the use of still images in the multi-part finale. The show was also moved from TV to online streaming. Were you aware of these issues?

Nope. I was a voice actor who was hired, and a guest one in a late season at that, so I was a cog in a larger machine that had been running long before me, I didn’t know any different. From inside the booth, all I saw was a wonderful script in front of me and a happy, positive work environment that I looked forward to every time they called me in. I mean, I got to sit next to some of the most talented voice artists in the industry and across a pane of glass from the incomparable Andrea Romano on the regular on my first ever gig as a voice actor. The rest of the building could’ve been burning down and I don’t think I would’ve known, I was so stoked!

There’s a lot of excitement for Netflix’s live-action adaptation of The Last Airbender. Would you like to play a role in it? Is there any character from ATLA you’d want to play? Or do you think they could incorporate Kuvira into that story?

While I am part Asian on my mom’s side (Filipino), the worlds created in Avatar and Korra are clearly tied to and inspired by cultural identities that aren’t mine, so I don’t think it’d make sense for me to take part in either. I know there are some folks out there who want me to play Kuvira if there were ever a live-action remake, and I remember thinking how much she looked like my mom when I got the part, but yeah, it’s a tricky conversation, and thankfully on my part, a purely hypothetical one. I doubt I’ll ever be put in that position. I also have never even really understood Hollywood’s need to ‘live-action’ remake popular cartoons and anime, they’re often so wonderful exactly how they are. But to each their own!

“I also have never even really understood Hollywood’s need to ‘live-action’ remake popular cartoons and anime, they’re often so wonderful exactly how they are.”

Series creators Michael Dante DiMartino and Bryan Konietzko recently announced they’re no longer involved with the Netflix show. Do you think the series can be good without the original creators?

I mean, I’m not involved at all, and considering that it still seems like it's in a gestational stage of pre-production, no one can really say if something is going to be good or bad yet, as that’s like trying to figure out if a kid is going to be inherently evil before their parents are even pregnant! I will say I loved working in a world created by Bryan and Michael, and I think anyone would be lucky to do so, so if anything, it’s a bummer we won’t get to see that.

“I loved working in a world created by Bryan and Michael, and I think anyone would be lucky to do so, so if anything, it’s a bummer we won’t get to see that.”

Do you have any other memories from working on The Legend of Korra?

I just gotta give a shout out to Andrea Romano again. To have gotten to spend my first ever cartoon job under her wonderful wing (and my second one after that!) was a truly special experience, and I’m forever grateful for it. She directed with so much humor, insight, and skill I’ll honestly never forget it. She started off my cartoon career with so much positivity, and it inspired in me what I hope will be a lifelong passion. Also, the recording process under her usually involved multiple people in the booth together, something I’ve since come to realize is not all that common, but made the reads so wonderfully collaborative and fun and introduced me to so many friends and mentors alike. Thanks Andrea!

The Legend of Korra is streaming now on Netflix.