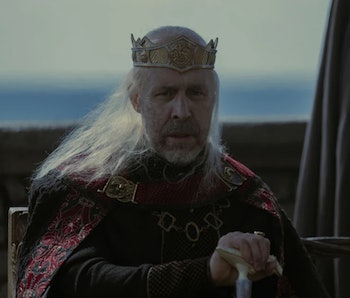 While HBO officially renewed House of the Dragon shortly after its premiere, we still don’t know exactly when Season 2 will begin. However, according to several reports, the actual release date could be even further away than you think. Here’s what you need to know.

When will House of the Dragon Season 2 start filming?

It depends on who you ask.

According to an article published by British Telecommunications, production already started but filming may not actually begin until next summer. However, another article from local Spanish newspaper Hoy suggests House of the Dragon Season 2 will start filming in Cáceres (used as a stand-in for King’s Landing) by next spring at the very latest (meaning it could start filming even sooner).

To be honest, this makes more sense. If production has already begun, there’s no good reason why filming can’t start until almost a year from now — unless the issue is the weather in Spain. Either way, there are plenty of locations to shoot. We expect some of House of the Dragon Season 2 to focus on the Starks in the north, and that means shooting during the winter shouldn’t be a problem, right?

When might the House of the Dragon Season 2 release date arrive?

Based on the production schedules above and HBO’s experience with Season 1, we can make an educated guess as to when House of the Dragon Season 2 might be released. Season 1 started filming in April 2021 and didn’t premiere until 15 months later on August 21, 2022. And we assume the process will take about that long this time around.

By that math, you can expect House of the Dragon Season 2 to release 15 months after filming begins. If that’s in early spring of next year, say April 2023, then we could start watching new episodes by August 2024. That might sound a long way away, but it’s actually an optimistic guess. If filming doesn’t start until next summer, say August 2023, then we won’t be watching until November 2024.

Either way, it’s going to be a long wait until the show returns. Thankfully, you can always rewatch Game of Thrones in the meantime, though we recommend stopping after the Season 6 finale.

House of the Dragon is streaming now on HBO Max.