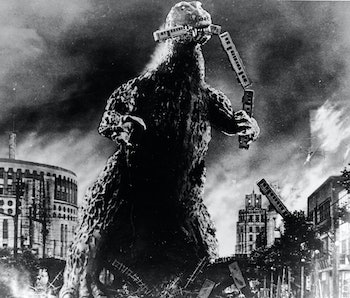 All hail the king. Next year, on Godzilla’s 69th birthday, the King of the Monsters will stomp back to theaters, this time from one of the most exciting directors in Japan today: Takashi Yamazaki.

Announced on November 3, 2022, and set for release one year later, the untitled 2023 Godzilla movie is sure to be another monster epic of oversized proportions.

Here’s everything we know so far. We’ll update this page with new information as we learn it.

When is the release date of Godzilla 2023?

The untitled 2023 Godzilla movie will be released in Japan on November 3, 2023. Release dates for markets outside Japan are currently unclear. The movie has yet to find an American distributor, but 2016’s Shin Godzilla was released in the west three months after its Japanese debut, which would make an early 2024 release for this new movie seem plausible.

The untitled movie will be the 37th in the Godzilla franchise. The film will be a co-production between Japanese studios Robot Communications and the famous Toho Company, which released the original Godzilla in 1954 and still owns the rights to the character and his universe.

The movie will be produced entirely in Japan, with a Japanese crew and cast. This means the movie will be different from recent Hollywood adaptations, including the MonsterVerse’s Godzilla: King of the Monsters and Godzilla vs. Kong, the latter of which is getting a 2024 sequel. The movie is also separate from Shin Godzilla, a 2016 Japanese reboot in which Godzilla rises in a modern Japan.

Who is directing Godzilla 2023?

The director of the untitled Godzilla movie is Takashi Yamazaki, who has helmed both animation and live-action features. He won the Japanese Academy Awards’ Director of the Year in 2006 for his film Always: Sunset on Third Street, an adaptation of a popular manga series about life in a Tokyo neighborhood in post-war Japan.

Yamazaki directed two sequels to Always, as well as numerous action blockbusters like Space Battleship Yamato in 2010 and The Great War of Archimedes in 2019. Yamazaki has also directed CG anime films like Dragon Quest: Your Story and Lupin III: The First.

Yamazaki has worked on the Godzilla franchise before. He recently served as director of a short film that plays during Godzilla the Ride: Giant Monsters Ultimate Battle, a flight motion simulator at the Seibuen Amusement Park near Tokyo.

While Yamazaki isn’t well-known outside of Japan, an oeuvre that includes the search for Japan’s post-war identity and the sweeping spectacle of war dramas make him an exciting choice for a new Godzilla movie.

Little is currently known about Yamazaki’s Godzilla movie. All that’s confirmed is that the movie will be a period piece set between 1945 and 1947, as Japanese society attempts to move on from World War 2.

The untitled 2023 Godzilla movie has not announced its cast. However, principal photography for the movie is already completed. Production began in March 2022, and wrapped in June. Whoever’s starring in the movie has not disclosed their involvement.

Toho has not yet released the first look at Godzilla’s design for the 2023 movie.

Is Godzilla 2023 related to the MonsterVerse?

No, the 2023 Godzilla movie is not expected to share any canon or continuity with the MonsterVerse franchise.

This doesn’t mean Hollywood is done with Godzilla, however. There’s still a sequel to Godzilla vs. Kong slated for 2024, with Adam Wingard returning as director. There’s also a new Godzilla television series set in the MonsterVerse that’s in development for Apple TV+. So expect to see a lot of the big lizard moving forward.

The untitled Godzilla movie is set for release on November 3, 2023.