“Do you know karate?” 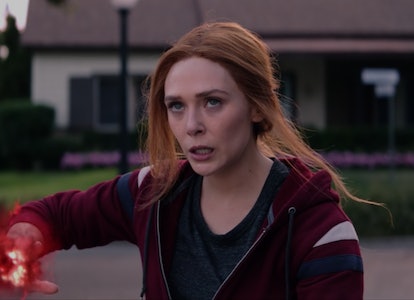 Marvel fans have a lot to be thankful for right now. Sony just released the first trailer for Spider-Man: No Way Home, and this week, Shang-Chi and the Legend of the 10 Rings will introduce a totally new character to the Marvel Cinematic Universe. But if you’ve been paying attention, you know there’s an even more important MCU movie that’s currently making headlines for a very different reason.

Rumor has it, Doctor Strange in the Multiverse of Madness could be the first movie to bring Mutants into the MCU. Not only that, but the film will apparently feature a character from the Fox X-Men movies played by the original actor. While the possibilities are endless, one recent Marvel theory could reveal why there’s really only one Mutant who could show up in Doctor Strange 2 and make sense.

Doctor Strange 2 and the X-Men

Let’s back up for a second. We already know that Doctor Strange in the Multiverse of Madness will feature Wanda Maximoff in a major role, but the specifics are a mystery. Is she a hero or a villain? Does she open the multiverse, or does Stephen Strange as for her help to fix it after Spider-Man No Way Home? For now, the possibilities are endless.

But who? One new theory may hold the answer.

In a recent video, popular Marvel TikToker Megan Stuberg (@jstoobs) argues that inserting an X-Men character like Michael Fassbender’s Magneto into the MCU would feel inauthentic.

“He doesn’t have any connection to this character,” she says. “The emotional core of seeing her fight her dad, it’s not gonna be there because it’s not an established relationship.”

Like it or not, she’s right. The reason the MCU works is because 10 years of movies work together to establish these characters and their complex connections. You can’t just cut corners and expect the same result.

However, she continues by adding that there’s one character who could actually work: Pietro.

“The only character that I would wanna see this with is Evan Peters’ Quicksilver,” Stuberg says. “If they retcon the fucking Ralph Bohner and she finds out that he actually is a variant of her brother, there’s some interesting potential there.”

In other words: thanks to WandaVision’s (frustrating) use of Evan Peters, he already exists in the MCU and has a complex relationship with Elizabeth Olsen’s Scarlet Witch. Marvel could build on that in a future movie to deliver a satisfying conflict.

Will Marvel take Stuberg’s advice? It’s impossible to tell. But if she’s right, that means Doctor Strange in the Multiverse of Madness could bring back Evan Peters while also undoing one of the most annoying (or arguably brilliant) fakeouts in MCU history.