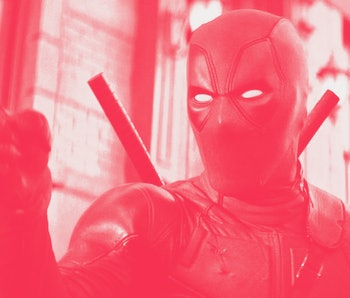 Following Disney’s acquisition of 20th Century Fox, Deadpool and the X-Men franchise were folded under the Marvel Studios umbrella. Now, the debate is still out there on whether Deadpool 3 will be a part of the Marvel Cinematic Universe. Either way, the film will happen eventually. Recently, Deadpool co-creator and comic book legend Rob Liefeld provided a rather troubling update regarding Deadpool 3, suggesting he may not be involved with the film at all.

Deadpool 3 was officially confirmed in December 2019, with Ryan Reynolds attached to return as the Merc with a Mouth. The announcement marked the first time a Deadpool film would be produced under the Marvel banner. It was widely expected that Liefeld would return to work on the franchise’s third installment. However, a leaked production grid circulating online doesn't include the comic legend's name anywhere.

Fast-forward to May 12, when Rob Liefeld took to Twitter with a Deadpool 3 update. The tweet included a side-by-side image of Deadpool from X-Men Origins: Wolverine and Deadpool from the character’s solo film from 2016. Liefeld seemingly hinted that Marvel had not called Liefeld for Deadpool 3 and his post was a reminder of what Deadpool looked like when the creator wasn’t involved. Check out Liefeld’s tweet below:

The production grid leak hasn’t been confirmed, but Liefeld seems to be pointing out something’s amiss. On May 8, Inverse spoke with Liefeld about the state of future Deadpool movies under Marvel. To say that he wasn’t very optimistic about it would be an understatement. Basically, he implied that he didn’t trust Kevin Feige’s plans and that the days of real-deal Deadpool movies were behind us.

"I feel like Deadpool, the movies, they’ve set sail. We got two brilliant movies, and we live in a culture that always looks forward because all they’re ever selling us is ‘next, next, next.’ It’s the fever. For me, as the fever calms down, people just need to calm down and realize that Deadpool 1 and 2 were released within two years of each other, 2016 and 2018, and I just can’t… I’m not really that crazy about Marvel’s plan right now."

There’s no official word on whether Deadpool 3 will be moving forward without Liefeld’s input, but Liefeld seems unimpressed with Marvel's plans for the character. Either way, only time will tell how everything plays out behind the scenes.

Deadpool 3 doesn’t yet have a scheduled release date.