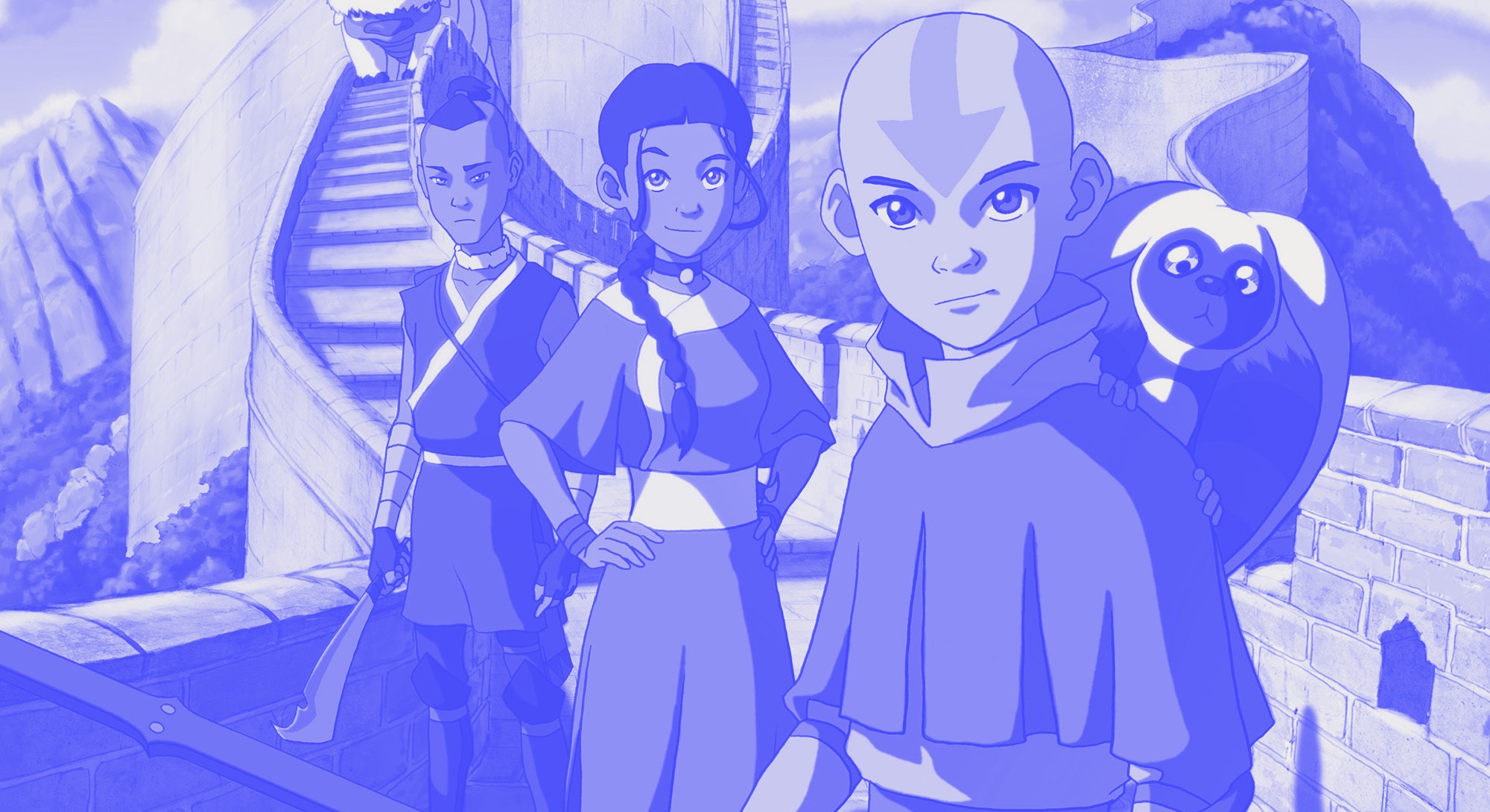 For as long as fictional stories have existed, fan theories have been the backbone of how we interact with those stories.

The emergence of theories, whether it be in book clubs, forums, or simply in someone’s own head, can greatly enhance the viewing experience. Coming up with your own ideas for how a story will end or what one moment really meant can add a sense of participation and creativity. But while these theories help build anticipation, they can just as easily create unrest and disappointment if the actual story isn’t as good as the theory — or if it’s just too different.

In the Star Wars community, fan theories are the lifeblood. During the entire run of the sequel trilogy, fans speculated over the true identity of “Rey. Just Rey.” So when fans finally learned that Rey was a Palpatine, it didn’t sit well with everyone, and a fan community prone to toxic behavior once again turned on itself. But that’s the necessary risk with fan theories: You can’t make everyone’s favorite theory canon.

But despite the pitfalls, many fans argue that these theories are a force for good.

"Any amount of fan engagement is great for the community and keeping the franchise alive," Reddit user and fan theorist u/Neilader tells Inverse.

Fan theories keep stories relevant, even millennia after its creation — just ask the speculation around the relationship between Achilles and Patroclus in The Iliad. Or browse Reddit’s Fan Theories page and you’ll find discussions on Back to the Future, Les Miserables, and everything in between. Fan theories don’t discriminate: there is no theory too wild, no fandom too niche. As long as there’s compelling evidence, someone’s willing to make it their headcanon. But of all these fandoms, it’s tough to find one as open-minded, long-lasting, and creative as the Avatar: The Last Airbender fandom.

Avatar: The Last Airbender first came onto the scene in 2005. The animated series first called Nickelodeon home and steadily built up a loyal fanbase over the course of its three seasons. While the show originally targeted a younger demographic, people of all ages grew attached to The Last Airbender. It was widely acclaimed by viewers and fans alike. The series drew heavily from East and South Asian cultures, as well as various forms of Chinese martial arts.

Created by Michael Dante DiMartino and Bryan Konietzko, the fantastical series takes place in a pre-industrial world where some people are born with the ability to “bend” the elements. After the Avatar (a once-in-a-generation hero destined to balance all four elements) reappears after a 100-year absence, he sets out on an adventure to stop the colonialist Fire Nation and bring peace once more.

The Last Airbender enjoyed a brief stint on Netflix years ago but was removed in 2015 (much to the dismay of many fans). Five years later, the beloved animated series has seen a rejuvenation of sorts following its second arrival on Netflix in May, quickly rising to the top of the streaming service’s most-watched list and sticking around in the top 10 for a record-breaking 60 consecutive days. With old fans experiencing the show and new ones discovering it, the series was getting a second lease on life, with online platforms from Reddit to TikTok uniting the Last Airbender community.

Since its Netflix release, fan art, character analysis, and a deep appreciation for the storylines at the center of The Last Airbender have brought fans together from around the world. Avatar theories dominated the Fan Theories subreddit, with fans providing thoughtful new ideas that expanded on the show’s established canon. One offered new meaning to the beloved character Uncle Iroh’s love of tea, while another found new horror in the Fire Nation’s war crimes. Even 15 years after it’s premiere, fan theories have kept the Avatar fandom going and growing.

“In order for a franchise to thrive, a flourishing community of fans is necessary,” says Reddit user LDM123 tells Inverse. “Fan theories and discussions are what keep the community vibrant.”

After writing about many of those theories over the past few months (and coming up with some of our own), Inverse spoke to the authors of our favorite Avatar fan theories to find out why they do it in the first place. Their answers revealed a thriving community eager to share their own ideas and happy to hang out with like-minded fans online.

When did you become a fan of Avatar: The Last Airbender?

Sweetcaleb: Probably when I was around 7. I was really young but I remember watching the finale when it first aired.

Neilader: I became a fan of ATLA back in 2005! I was a bit hesitant at first, but after seeing part of an episode (“The Warriors of Kyoshi”) I was hooked.

Did you watch or rewatch the show when it was released on Netflix this year?

LDM123: Yep, I watched the whole series twice on Netflix when it came out.

Sweetcaleb: Oh yes, countless times. [This fan is from Hong Kong, where Avatar has been on Netflix for years.]

CyHoot: I’ve rewatched it multiple times. I tried to rewatch it on Netflix but the quality was too low. I have the Blu-ray set so I watched it there.

LDM123: I was in the middle of a rewatch when I noticed something strange about the logic of the show. Primarily, why the Fire Nation would believe that anyone could still be alive after 100 years.

Sweetcaleb: Just to share my thoughts. The theory was bottled up inside and I felt the need to share.

Neilader: I was thinking about the episode “Zuko Alone” and it occurred to me that because Ozai and Azulon clearly didn’t respect Zuko, they probably wouldn’t want him to become Firelord, and the theory grew from that.

CyHoot: I saw another post saying Kuzon made up the greeting [“Flameo hotman”] to screw with Aang and I really liked that idea. So it was just in my head when I caught the Korra part of it. I tried to reference the first post but I couldn’t find it to add on to it.

Did the discussion around your post change the way you think about the show? How?

LDM123: I suppose it made me rethink Zuko as a character. It reminded me how strange it was that he would be the only one to actually look for a 100+ year old Avatar.

Sweetcaleb: No, it didn’t change what I thought of the show.

Neilader: Only in regards to Zuko’s relationship with his family, yes — and that I really need to read the comics!

CyHoot: It didn’t so much change how I think about the show, but it did disprove my theory. I still like mine more so I’m still holding on to it.

Do you read other fan theories about Avatar on Reddit?

LDM123: Yeah, I read one fan theory about how Kuzon was actually Azulon, but I’m not sure I buy that one too much.

Sweetcaleb: Yes, I like to add supporting evidence or contradictory evidence to build on their theory.

Neilader: Not really, I just posted my theory and didn’t look into other ones. I have seen a few other theories, such as how many Avatars there were before Aang.

Do you think fan theories are good or bad for the Avatar franchise?

LDM123: I think they’re great. In order for a franchise to thrive, a flourishing community of fans is necessary. Fan theories and discussions are what keep the community vibrant.

Sweetcaleb: Good, they make the show more interesting and interactive and highlight a lot about the show that wasn’t explicit or thought about

Neilader: Yes, I think that it’s very good! Any amount of fan engagement is great for the community and keeping the franchise alive.

CyHoot: Good, mostly because of how many latch into hidden symbolism. Whether it was intentional symbolism or not, it still shows how much the creators kept their thoughts consistent throughout [its] creation.

Have you ever read or posted fan theories about any other shows or movies? If yes, which ones?

LDM123: I haven’t posted any, but I have one in mind. My fan theory about Arrested Development is that anything that takes place after the ‘on the next episode’ part is non-canon unless the show needs it to be.

Sweetcaleb: I’ve written about Legend of Korra, technically a different show, but otherwise, no.

Neilader: I haven’t made many other fan theory posts, but I have made lists like “most powerful characters” and I have thought about posting other fan theories related to Star Wars, Avatar/Korra, Degrassi, et cetera.

CyHoot: I read a lot, but never had one I felt strongly about enough to post.

Avatar: The Last Airbender is streaming now on Netflix. The Legend of Korra arrives on the streaming service on August 14.