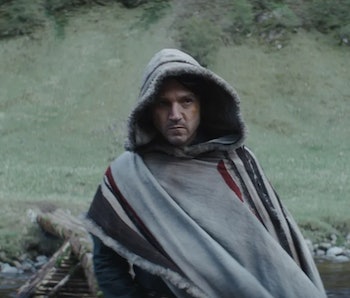 Andor isn’t like any Star Wars show you’ve seen before. Tony Gilroy’s Rogue One prequel series offers a ground-level view of the Rebellion — with nary a lightsaber in sight. The show’s three-episode premiere introduced us to scrappy rebel-without-a-cause Cassian Andor (Diego Luna), and Episode 4 gave him a cause. So what will happen in Andor Episode 5? And more importantly, what time can you watch it?

Here’s everything we know about Andor Episode 5, from release time to plot and more.

What happened in Andor Episode 4?

Andor continues to lure us into its enticing web of espionage and subterfuge with the fourth episode, “Aldhani,” staying on the narrative accelerator as Cassian and Luthen Rael hop into hyperspace to link up with the budding Rebellion and one of its enigmatic leaders, Vel Sartha.

Meanwhile in the labyrinth of the Galactic Empire’s Imperial Security Bureau on Coruscant, we got our first full look at Supervisor Dedra Meero who ruffles more than a few male feathers with her career-climbing ambition. And who could resist Luthen’s transformative dress-up session as a smarmy antiquities dealer, complete with a wild wig and a welcoming smile waiting for a meet-up with rebel organizer Senator Mon Mothma who poses as a wealthy buyer?

Now that Cassian Andor has been officially recruited into the rebellion’s fold and assigned a mission to infiltrate the Empire’s garrison at Akti Amaugh as a disposable part of Vel Sartha’s rag-tag team, let’s get our game faces on as the suicide run unfolds in this week’s new Andor episode.

What is the Andor Episode 5 release date?

What is the release time for Andor Episode 5?

Disney+’s Andor will run for a total of 12 episodes. Following this week’s fifth chapter, there are seven more spy-centric episodes to climb onboard.

What is the plot for Andor Episode 5?

Our focus will likely be trained upon the team’s Aldhani Garrison mission to steal payroll crates and Dedra Meero’s insistent poking into the Starpath Unit’s theft from the Steergard Naval Yard as she ruthlessly climbs the corporate ladder acting a divisive presence. Pre-Mor’s Deputy Inspector Karn got royally chewed out last week for his security fiasco on Ferrix, so his redemption story will be something to keep an eye on as he sets his sights on finding Andor and the nascent Rebel Alliance.

Is there a trailer for Andor Episode 5?

Disney+ has not delivered any sneak peek teasers for Episode 5, but fans can behold the rich cinematic style and exotic locations of the Rogue One prequel series in the full trailer below.

Andor was originally mapped out by series creator Tony Gilroy (The Bourne Series) as a two-season event, one which will culminate in a second outing that dovetails neatly into 2016’s Rogue One: A Star Wars Story. This upcoming season currently has no release date but expect to hear more details during next April’s Star Wars Celebration Europe.