“You mustn’t be afraid to dream a little bigger, darling.” 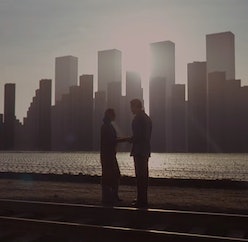 Christopher Nolan has always been obsessed with layering different film genres on top of each other. 2000’s Memento is a revenge thriller crossed with a noir mystery, while 2008’s The Dark Knight is a superhero blockbuster crossed with a Michael Mann-inspired crime flick. 2014’s Interstellar works simultaneously as a giant sci-fi adventure and an intimate family drama, and even his most recent outing, 2020’s Tenet, attempts to combine espionage and sci-fi.

This fascination reached its peak with 2010’s Inception. The Leonardo DiCaprio-led film, which grossed over $800 million at the worldwide box office, shines as an imaginative and awe-inspiring sci-fi thriller that delivers some of the most ingenious visual setpieces of the decade. But Inception also works as an inventive and nail-biting heist.

Nolan combines big-budget sci-fi and plot-centric heist-thriller surprisingly well. In fact, as an exercise in genre storytelling, Inception works better than almost any other movie that Nolan’s made, which makes it worth revisiting before it leaves both Netflix and HBO Max at the end of July.

Inception follows Dom Cobb (DiCaprio), a professional thief who makes a living by extracting secrets from the minds of his targets. When a former mark, Saito (Ken Watanabe), tracks Cobb down, he offers DiCaprio’s jaded thief the chance to return home to his children. However, Saito will only secure Cobb’s safe return if he can perform a task known as inception, which involves implanting an idea in someone’s mind in a way that makes them believe they came up with it.

Once Cobb accepts Saito’s offer, he’s forced to put together a team of fellow thieves willing to try pulling off the most difficult job of their careers. Most of Inception’s 148-minute runtime is dedicated to the planning and execution of Cobb’s heist.

From Cobb’s efforts to assemble a team of criminals to the actual infiltration that makes up most of the second and third acts, Inception adopts the same basic structure as genre classics like Ocean’s Eleven or Heat. Nolan even manages to consistently deliver the kind of tense, nerve-wracking thrills you’d expect to get from a standard heist movie.

However, Nolan also uses Inception’s sci-fi premise to twist and heighten its numerous heist movie plot beats. When Joseph Gordon-Levitt’s Arthur is caught by his target’s security team, their confrontation doesn’t play out in the back room of a bank or casino but in a hotel hallway that begins to violently rotate as they lunge at each other through the air. Later, when Tom Hardy’s Eames finally reaches the deepest level of their target’s mind, the structure he’s forced to infiltrate isn’t a bank or penthouse, but a mountainside fortress pulled straight out of a James Bond movie.

Nolan uses the surreal setting of his characters’ minds as an excuse to make a pretty standard heist movie feel as big and imaginative as possible. The resulting film goes far beyond practical car chases and break-in sequences. Cities fold into themselves, buildings crumble and collapse like mounds of sand, and hotel hallways become zero-gravity sparring rooms.

Like many of Nolan’s sci-fi outings, Inception suffers from its relentless and constant exposition dumps. Cobb’s quest to return home to his family also fails to make much sense under even the slightest bit of scrutiny, and his relationship with his wife Mal (Marion Cotillard) ends up feeling too hollow and thin to provide the kind of strong emotional foundation that Nolan clearly wants.

Nonetheless, Inception is an audacious and riveting film, and, like The Dark Knight, it had a tangible influence on many of the blockbusters that followed it. Its financial and critical success also cemented Nolan’s place as one of the few filmmakers working today whose name can be used as a selling point, and these facts combined make Inception one of the 21st century’s most important genre films.

Inception is streaming on Netflix and HBO Max until Sunday, July 31.