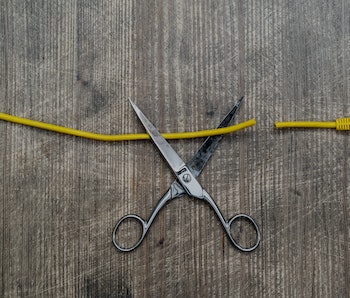 As we enter a new decade, it’s become clear the internet isn’t what it was only a decade ago. We won the net neutrality battle and then lost it. China has advanced its internet censorship techniques. Countries now routinely shut down the internet to quell protests. More recently, Russia successfully tested a closed-off version of the internet.

In the case of Russia, the country is cutting off its citizens’ access to certain parts of the internet entirely. The Russian government and privately-owned internet service providers are working together to close off whole sections of the internet.

The Russian government is having these ISPs have all data go through “government-controlled routing points,” according to the BBC. The country claims this is an effort to prevent foreign nations from being able to cut Russia off from the internet—in response to it hacking elections and other nefarious activity—but it’s seen by internet freedom activists as part of a larger effort to censor the internet.

Tim Berners-Lee invented the World Wide Web roughly 30 years ago. A lot has happened since then, and he’s made it clear he’s concerned with the direction the internet is moving.

“The changes we’ve managed to bring have created a better and more connected world,” Berners-Lee wrote in a Medium post in 2018. “But for all the good we’ve achieved, the web has evolved into an engine of inequity and division; swayed by powerful forces who use it for their own agendas. Today, I believe we’ve reached a critical tipping point, and that powerful change for the better is possible — and necessary.”

Berners-Lee said in an interview with WBUR in 2017 that the whole point of the web was “breaking apart silos.” Unfortunately, it seems governments around the world are determined to build their own silos.

The political freedom advocacy group Freedom House released a report in November that found internet freedoms in the United States have decreased every year for the past three years. Unlike China or Russia, we still have access to the open internet, but even Americans are experiencing fewer internet freedoms than we used to.

Luckily for those who live under authoritarian regimes that wish to close off the internet to control the people, there are some who are working to help them evade their government censors.

In Russia, the government has repeatedly failed to block the encrypted messaging app Telegram after banning its use in 2018. This has happened because Telegram was able to use a technique called “domain fronting,” which tricks censors by making them think someone is visiting one domain when they’re actually visiting another domain, so Russians could download the app. Reports indicate Russia is still failing to block the app. It’s unclear if government officials will be more successful with this new version of the internet.

See also: Americans traded privacy for convenience, and they regret it

Researchers are also developing ways to use A.I. to get around government censorship. As we reported back in November, a group of researchers from the University of Maryland recently developed an A.I. system called Geneva that automatically detect bugs and gaps in a country’s censorship system that was able to successfully outsmart internet censors in China, India and Kazakhstan.

Democrats in America are still fighting to restore net neutrality, and activists around the world are pushing back against internet censorship. The internet may be less open and free than it was a decade ago, but if people keep fighting, it may someday be restored to its former glory.

More like this
Science
Feb. 4, 2023
Why ChatGPT Could Usher in a New Era of Scientific Discovery
By Brian Lucey, Michael Dowling and The Conversation
Gaming
Jan. 26, 2023
You need to play the best Xbox exclusive in a decade on Game Pass ASAP
By Hayes Madsen
Culture
Feb. 5, 2023
Genius things you didn't know you were missing in your home — & they're all super cheap
By Veronika Kero
LEARN SOMETHING NEW EVERY DAY.
Related Tags
Share: