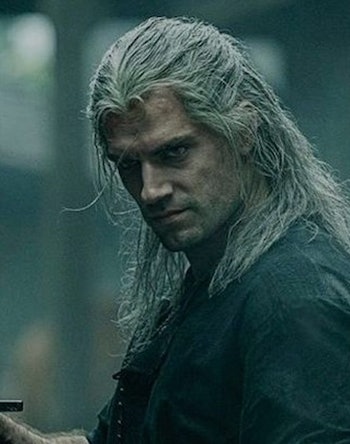 If Damon Lindelof wrote and directed a Game of Thrones spinoff, it might be something like The Witcher. Netflix’s new show takes the big-budget fantasy stories that have dominated pop culture in recent years and fuses them with another equally zeitgeisty trend: puzzle box shows like Watchmen, Westworld, and True Detective that invite fervent fan speculation as they slowly unlock to reveal a twist ending.

It’s almost surprising that no one has tried making a fantasy puzzlebox show before, at least not at this scale, and equally impressive that it really works. While the first episodes may be jarring — showrunner Lauren Schmidt Hissrich throws you in headfirst and doesn’t seem to care if you can follow much of what’s happening early on — The Witcher quickly transforms into something worth watching.

At least, that’s based on the first five episodes provided by Netflix for review (out of eight total in Season 1). Whether this puzzle box opens with a satisfying reveal or a dud remains to be seen. I can’t promise it will be worth the time you could be spending rewatching The Office, but by the midway point, I was hooked.

Based on a series of books and short stories by Polish writer Andrzej Sapkowski, The Witcher takes place in a magical land called the Continent that looks a lot like medieval Eastern Europe. Humans, elves, and other magic creatures battle for control. There are castles filled with feuding royalty and scheming advisers, and epic battles with big budgets and surreal lighting. There’s also an order of witches and wizards that includes a school, something that I can only describe as magic prom, and various government appointments that get metered like ambassadorships.

In the middle of it all stands Geralt of Rivia, the last of a dying breed of witchers (basically genetically modified superheroes) who travel the Continent killing monsters for hire. Played by Henry Cavill, who’s somehow buffer than ever, Geralt is a morally ambivalent bounty hunter who provides the best action in a show that leans heavily on gore and violence. The series opens on Cavill emerging from a dark pond to slay an oversized bug. Later in Episode 1 he cuts down an entire posse of angry townsfolk, earning himself the derogatory nickname “Butcher of Blaviken.”

Gerlat’s story largely plays out as a monster of the week serial where he’s hired to kill or capture some horrifying creature, often ending up solving some seedy mystery along the way. The action always looks stunning, physical, and bloody in a way Game of Thrones only achieved in the later seasons after its budget had expanded.

The monsters are pretty great, too. I’m not allowed to talk about most of them in this review (per Netflix’s list of off-limit spoilers), but I am allowed to mention the striga, which just so happens to be one of the best creations in The Witcher’s first five episodes. The striga is a woman who’s been transformed into a towering beast with two spider legs and a mess of hair by an evil curse. Half vampire, half Shelob from Lord of the Rings, she’s truly terrifying, and hides an even darker secret that I won’t spoil for you here.

Witcher’s monsters and action look great, but in other ways, the show can sometimes look cheap, like Netflix blew the entire budget on a few key scenes. There’s a lot of different locations, and plenty of them are simple villages, encampments, or untamed wilderness. The sets that get regular use do standout, though. Castles where entire villages gather to celebrate and the temple where witches study feel rich with an arcane history the show only hints at.

Aside from the witcher himself, the story focuses on two other characters: a witch named Yennefer (Anya Chalotra) and a princess named Ciri (Freya Allan). Chalotra is the standout of the two, bringing a dark intensity to a character who faces some pretty messed-up experiences as she’s plucked from her feudal home to train as a witch. She also goes through an intense physical transformation, from a hunchbacked social outcast to stunningly beautiful in a particularly graphic scene that might make some viewers uncomfortable.

Rounding out the story is Ciri, a young princess who’s half damsel in distress, half chosen one. This is the most confusing plot to follow. You’ll likely want to pull up a Wiki in between episodes, but just be careful not to spoil what ends up being a pretty big twist (assuming you’re not already familiar with the franchise).

Five episodes in, there’s a lot of promise in The Witcher. It could be Netflix’s Game of Thrones, or at least its next Stranger Things. And while the first few episodes might feel like a slog, once you hit Episode 4, things will really pick up. (I know, I also hate when people tell me to stick with a bad show until it gets good, but this time it’s true.)

Now that Witcher is finally on Netflix, I can’t wait to see how the fantasy puzzle box ends. I just hope this Lindelovian epic can stick the landing. Though with Season 2 already in production, don’t be surprised if the show doesn’t manage to tie up every loose thread in its first eight episodes.

The Witcher is streaming now on Netflix.