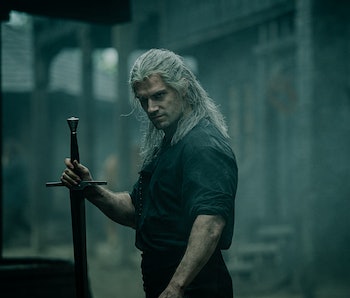 The Witcher franchise has existed as books, video games, an ill-fated early 2000s Polish TV series, and now, a Netflix show. But even if you’ve played the wildly popular Witcher 3 game or seen the little-known 2001 Polish film adaptation, Hexer, you might still be wondering what exactly it means to be a Witcher.

One common misconception is that “witcher” is just another name for Geralt of Rivia, the story’s protagonist, but it’s actually a job title. Essentially, they’re super-powered monster hunters for hire to whoever has enough coin to pay them. Witcher gigs aren’t exclusive to a single social class, and their clientele ranges from royalty to peasants.

When the story begins, witchers aren’t as common as they once were. Geralt also happens to be one of the most famous, so he’s often called “The Witcher,” but he’s not the only one.

How does one become a witcher?

It’s a combination of luck, brutal training, and even more luck.

Witchers have a habit of adopting children from outside the witcher order, who are then trained in the profession throughout their youth. The process is intense. Potential witchers are taught how to defeat monsters in combat and subjected to potentially lethal body modification processes. The best-known of these is called the Trial of the Grasses, where would-be witchers are forced to consume multiple alchemic compounds.

Only 30 percent of would-be witchers survive this process, but the ones that do gain gain abilities far beyond those of normal humans leaving some to wonder whether witchers are so different from the monsters they’re tasked with hunting.

Magical spells and abilities of a witcher

Cat-like eyes –– All witchers have eyes similar to a cat, allowing them to maintain at least some visual acuity even in the darkest environments. This is represented by their yellowish-green eye color and pupils that can narrow and expand. The night-vision effect can be further enhanced if a witcher consumes a “cat” potion.

Increased Lifespan–– Most witchers can live for hundreds of years, and their bodies also age far slower. Despite being somewhere around his 80s or 90s, Geralt still has the appearance of a young buck.

Minor Magic via Signs— Witchers can use combat-focused magic called “signs,” which activate almost immediately after they’ve been cast.

Some common “signs” in the Witcher universe include:

Sterile Bod –– The witcher training process has one big downside; it renders every survivor infertile. Given Geralt’s promiscuity, this might be a bit of a plus. This is also means that witchers cannot be created the old-fashioned way, hence the preference for adopting children.

While this is the default powerset, some elite witchers are offered additional mutations to gain more power. However, it’s just as rare to survive the process of additional mutations. Geralt is the only known character in Witcher lore to have done so. His powers increased immensely due to this extra tinkering and it’s what caused his pale exterior.

Outside of their mutated abilities, Witchers also use plenty of weapons and other equipment to assist in their monster slaying.

What weapons does a witcher use?

The world’s greatest witchers wouldn’t be anywhere without the proper tools by their side. While they can be effective with any weapon, every witcher carries two swords: a steel blade and a silver blade.

The steel sword is used when facing pedestrian beings like humans or against monsters that lack a weakness to silver. Conversely, a witcher would use their silver sword when fighting against a supernatural being or monster.

For somebody without the ability to tell metals apart, the two blades might appear identical, however, the key is in their crossguards. In the Netflix series, Witcher-issued silver swords all have traditional cross-guards, that are almost perpendicular to the blade and ideal for fighting monsters. Cross-guards found on steel swords are made at an angle, creating a Y-shape with the blade that’s better equipped at blocking smaller swords from human enemies. In The Witcher games, this is reversed.

In addition to their blades, all witchers carry a medallion on their person. The medallion acts as a divination tool for the supernatural, notifying witchers when they’re close to something magical by vibrating. A medallion can detect charms, curses, most monsters, spells, and a whole lot more. However, some monsters such as Dopplers and Higher Vampires can avoid being detected by medallions.

What do medallions look like? Well, the appearance changes based on the witcher’s alma mater, each witcher school hands out medallions that match their mascot animals. Geralt was trained as a witcher by the school of the wolf, so his medallion resembles a wolf. But hold on, witchers have schools?

Back to witcher school!

Across Witcher lore, there are seven schools of the trade:

Each school is considered to be of equal quality, their differences come in their location, training styles, equipment, and mindsets. There isn’t known selection process, and it’s largely up to chance. For example, children brought in by Geralt would likely attend the school of the wolf’s ways, while children brought in by a witcher affiliated with the school of the cat would learn that school’s customs.

Witcher trainees and professional witchers are provided room and board at school. It’s a bit like Hogwarts — just with horrific experiments designed to turn the students into monster-killing machines.

The Witcher releases on December 20 exclusively on Netflix