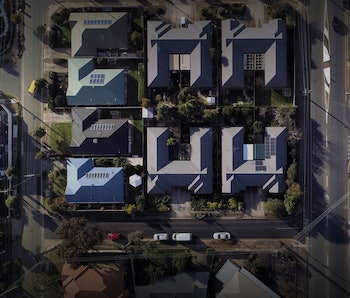 The world’s largest virtual power plant under construction has already stepped in to keep on the lights, Tesla CEO Elon Musk shared on Monday.

Tesla’s project in South Australia is expected to cover a community of over 50,000 homes, adding solar panels and a Powerwall battery to offer a consistent source of zero-emissions energy. The project is set to provide a total of 250 megawatts energy capacity when completed.

But although the project has only installed in around 900 houses so far, it’s already making a difference. On October 9, the nascent system stepped in when it detected an outage from the Kogan Creek coal plant in the neighboring state of Queensland. The system provided energy through the National Electricity Market, contributing alongside other providers to fill the 784-megawatt gap left when Australia’s largest single unit went offline.

“Although the Virtual Power Plant is in its early days, it is already demonstrating how it can provide the network support traditionally performed by large conventional generators,” Dan van Holst Pellekaan, South Australia’s energy minister, said in a statement to Renew Economy. Musk shared news of the win via Twitter to his 29.9 million followers.

Although the plant has yet to be completed, the quick response demonstrates the value in such a system. Virtual power plants are designed to distribute clean energy through a fixed area, reducing the likelihood of a single point of failure. As the world moves toward emissions-free forms of energy, it could result in the power plant effectively disappearing from sight.

It’s not the first time that a Tesla project has stepped in to plug the gap. Back in December 2017, just one month after completing the 100-megawatt Hornsdale battery in South Australia, the project had already plugged a gap in energy distribution. The Loy Yant power plant in Victoria failed, but the Hornsdale project supplied energy in just 140 milliseconds.

The premier of South Australia announced plans for the virtual power plant two months later. The idea was to add a five-kilowatt solar panel and a 15-kilowatt-hour Powerwall 2 battery to each of the 50,000 homes. The plan, approved in May 2018, is expected to save consumers $180 million per year in electricity bills. These savings are received through an approximate 30 percent cut in prices, shared around an area, instead of giving all the electricity for free to one homeowner.

Tesla has taken the wraps off other virtual power plants since the announcement. In June, it announced virtual plants would go live in Massachusetts and Rhode Island. Owners of the Powerwall battery would be allowed to sell their energy back to the grid at peak times. A similar project in Vermont helped plug the power gap in July 2018, when 500 Powerwalls provided energy during a heatwave.

A wave of similar projects is now emerging. Soleil Lofts, a luxury apartment complex in the Utah city of Herriman, announced in August plans to add five megawatts of solar panels to its 600-unit complex. This would be paired with a Sonnen EcoLinx battery to offer 12.6 megawatt-hours of storage. The company bills it “the largest installed and operational utility managed residential battery demand response solution in the United States.”

As the grid decentralizes, the power plant of the future could disappear into communities.

Update 12/12 6 a.m. Eastern time: An earlier version of this article stated the virtual power plant filled the power gap left by the coal power plant. It has since been clarified to reflect the fact that other providers also contributed.