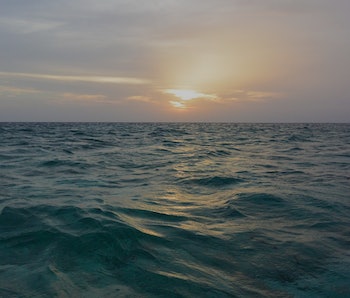 Hydrogen is a major source of clean energy that scientists are working to harness more efficiently, but some experts wonder if will ever become economically viable on a large scale. Part of the problem is reliable access to hydrogen, which is prone to shortages.

A new study could help solve that problem by showing how hydrogen can be extracted from seawater using an electric current. The study, which was published in the journal Nature Communications, explains that water-splitting technologies have come a long way when it comes to getting hydrogen from freshwater, but producing the same results with seawater has presented a greater challenge.

The study was conducted by researchers at the University of Houston. They applied electric currents to water, using a process called electrolysis, with a device made of “non-noble metal nitrides.” The problem with splitting seawater to extract hydrogen has been that this kind of device would typically free compounds like chlorine, calcium and sodium in the water while you’re trying to get the hydrogen out. Once these compounds are freed, they attach themselves to the device and make it unusable.

To solve this problem, the researchers had to make sure the electrode was at a voltage that was high enough to separate the hydrogen but not high enough to release a compound like chlorine, which requires a voltage that is closest to the amount required to separate hydrogen. This meant keeping the voltage above 1.23 volts and below 1.73 volts, which is a bit of a challenge.

The researchers were able to do this successfully on a consistent basis and believe their methods could be used to change the hydrogen production space, since there’s a lot more seawater on the planet than freshwater. Around 96 percent of all the water on the planet is seawater.

Zhifeng Ren, a professor of physics at the University of Houston and an author of the study, tells Inverse that you can produce hydrogen for clean energy with this technique, and when you burn the hydrogen freshwater is produced. That means that you can not only get energy out of seawater with this technique but could also get water that could be made to be suitable for drinking.

“If you get hydrogen out of seawater and then use the hydrogen to create power, you also get pure water,” Ren says. “It’s sort of two birds with one stone. You get power and also clean water.”

Ren says a machine that can separate hydrogen in this way could be powered by solar power or wind power so that the whole process is environmentally friendly. He says they’re going to continue this work to see how efficient they can make this process so it could possibly one day be utilized at a much larger scale.

Producing hydrogen for fuel has been getting cheaper for years, and countries like Japan and Australia are among the biggest supporters of this clean energy source. Australia has been ramping up its hydrogen production in recent years.

Though Elon Musk claims running a car on hydrogen is “mind-bogglingly stupid,” fuel cell electric vehicles (FCEVs) like Toyota’s Mirai that run on it are beginning to grow in popularity, and hydrogen stations that will be needed to fill up these kinds of cars are popping up around the country. The nice thing about fueling a car using hydrogen is you can just fill it up with some hydrogen when you need to instead of having to charge your car, which might take a while. That said, we’re getting close to a point where cars will charge a lot faster than they do now.

As hydrogen continues to become cheaper to produce and more readily available, it could become a major player in the renewable energy space in the not-too-distant future. Musk might think it’s stupid, but we’ll see if he ends up regretting writing it off.