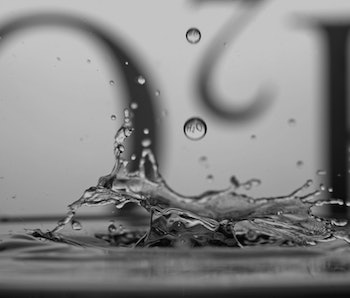 It just got a whole lot cheaper to extract hydrogen from water, making it a contender for the next great renewable fuel source. Researchers at Stanford have just announced that they’ve developed a water splitter that can continuously produce hydrogen and oxygen more cheaply and efficiently than ever before. Though water splitting is nothing new — scientists have been finding ways to do it since 1789 — the devices have always been too expensive to scale up. This development could change all that.

Hydrogen and oxygen are extracted from water through a technique known as electrolysis. In a nutshell, two electrodes made of different metals are placed in the water, and when they’re attached to an external energy source, like a battery, an electric current passes through. Under ideal conditions, the water will be split into its component molecules — two hydrogens, one oxygen — in the form of gas.

Until now, water splitting has been incredibly expensive because of the rare metals needed to make the electrodes. Iridium and platinum, some of the most valuable metals around, have been used because their inertness. The lead author of the Stanford study, Haotian Wang, didn’t just find a way to eliminate the need to use expensive metals — he figured out how to make electrolysis happen with only one, super-cheap metal: the cheap and common nickel-iron oxide.

The technology was developed in the lab of Stanford associate professor Yi Cui. “Not only are the materials cheaper, but having a single catalyst also reduces two sets of capital investment to one,” he said. “We have developed a low-voltage, single-catalyst water splitter that continuously generates hydrogen and oxygen for more than 200 hours, an exciting world-record performance.”

A perfect hydrogen-fueled economy would be borderline utopian — a world with zero carbon emissions, in which the only waste produced is good ol’ H2O. The auto industry has been dreaming about it for a long time. Now that we know it’s possible to produce cheaply, hydrogen might become a serious contender in the race to become the next great renewable fuel source.

More like this
Gaming
6.15.2022 6:30 PM
Halo Infinite's Juneteenth "Bonobo" skin is a shocking failure by Microsoft
By Hayes Madsen
Culture
13 hours ago
8 sensational sci-fi shows and movies coming to HBO Max in July 2022
By Robin Bea
Culture
6.27.2022 1:30 AM
Who is Christina in 'Westworld' Season 4? Evan Rachel Wood explains her "new" character
By Mónica Marie Zorrilla
Share: