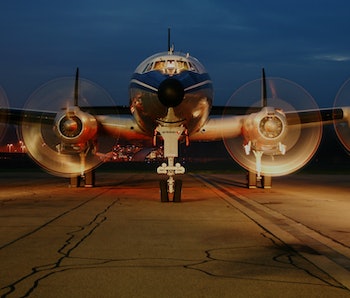 Hydrogen is necessary for everything from our own body’s chemistry to creating fuels that move us, but the creation and capture of hydrogen gas has long relied on fossil fuel refining that clogs the air we breathe. That could soon change, new research shows.

Scientists reported Monday on an electrolysis process that does away with the costly, precious metal catalysts as tools to create electric current that forcibly separates water into its respective parts: Hydrogen (H) and Oxygen (O^^2.) Instead, their research replaces those costly metals with finely ground, black nanoparticles of cobalt phosphide to achieve the same effect. The researchers say this is the first time such a catalyst has been rigorously proven to work in a commercial setting as well as a laboratory one, creating hydrogen gas that lasted for 1,700 hours. Their work was published by the journal Nature Nanotechnology.

The team’s leader, Thomas Jaramillo, director of the SUNCAT Center for Interface Science and Catalysis, said in a statement released alongside the paper that this sort of innovation will be “massively important” for enabling more sustainable ways to use this fuel source.

“Hydrogen gas is a massively important industrial chemical for making fuel and fertilizer, among other things,” said Jaramillo. “It’s also a clean, high-energy-content molecule that can be used in fuel cells or to store energy generated by variable power sources, like solar and wind. But most of the hydrogen produced today is made with fossil fuels, adding to the level of CO2 in the atmosphere.

“We need a cost-effective way to produce it with clean energy.”

Graduate researcher McKenzie Hubert says the team tested that finely ground, black nanoparticles of cobalt phosphide under challenging circumstances that included jumping from 1 cm^2 lab-scale experiments to a commercial-scale 86 cm^2 one order to see how the material would perform outside of ideal laboratory conditions and for larger, industrial-scale technologies.

Despite its initial promising performance, the researchers say they still need to look into how this catalyst will continue to perform as they scale it up to commercial needs, because as of the study, the powder is ground and baked by hand. But, the promising price reduction this approach offers could help make it possible for hydrogen fuel creation to go greener and benefit large technologies that have not yet been able to access such options, including transportation systems like planes.

Planes have been looked at more critically in recent years as studies have found that the aviation industry bellows out two percent of global CO^^2 emissions annually — equaling roughly 859 million tonnes. According to the International Air Transport Association, passenger numbers are expected to double from present rates to 8.2 billion a year by 2037.

But in 2010 the BBC declared the end of hydrogen-based planes, in part due to their creation of CO^^2 in the hydrogen-making process as untenable.

“We need a source of electricity to make hydrogen that does not emit CO^^2, and there are not many of those around,” professor Ian Poll, head of technology for the UK government-funded sustainable aviation Omega organization, told the BBC.

The better approach to electrolysis, as Jaramillo’s team achieved, could present an option to answer just that problem. Not only would hydrogen derived from electrolysis have drastically lower emissions and offer a stepping stone toward greener initiatives, but it could also help develop future aviation technologies as well.

In addition to ideas like CO^^2 recycling planes, technologists such as Elon Musk have floated ideas for planes powered by rechargeable batteries. But Thierry Marin-Martinod, aerospace and defense chief technology officer for TE Connectivity, told Inverse in July that batteries would likely be seen only on single passenger planes for the time being as a restriction of the batteries’ weight.

However, Marin-Martinod mentions that alternatives to lithium-Ion batteries, such as fuel cells, could also be on the rise — a technology that greener hydrogen would also help fuel with “little to no emissions,” according to the Stanford team.

But while those technologies mature, adapting to current aviation systems and technologies in the meantime seems like the path of least resistance. Creating cheap, green alternatives for fuel generation could be an effective way to start changing the aviation industry’s practices in what has previously been untapped green potential.

We demonstrate the translation of a low cost, non-precious metal cobalt phosphide (CoP) catalyst from 1 cm2 lab-scale experiments to a commercial-scale 86 cm2 polymer electrolyte membrane (PEM) electrolyser. A 2-step bulk synthesis was adopted to produce CoP on a high surface area carbon support that was readily integrated into an industrial PEM electrolyser fabrication process. The performance of the CoP was compared head-to-head with a platinum-based PEM under the same operating conditions (400 psi, 50 °C). CoP was found to be active and stable, operating at 1.86 A.cm-2 for >1700 hours of continuous hydrogen production while providing substantial material cost savings relative to platinum. This work illustrates a potential pathway for non-precious hydrogen evolution catalysts developed in past decades to translate to commercial applications.

More like this
Innovation
8.8.2022 10:00 AM
A wild new plane-train hybrid could whoosh you to your destination — if it can get off the ground
By Molly Glick
Innovation
7.30.2022 11:00 AM
Congo peat swamps are under threat — with catastrophic environmental consequences
By Bart Crezee, Simon Lewis and The Conversation
Innovation
7.30.2022 10:00 AM
Railways around the world are literally melting — here’s why they can’t take the heat
By Kangkang Tang and The Conversation
Related Tags
Share: