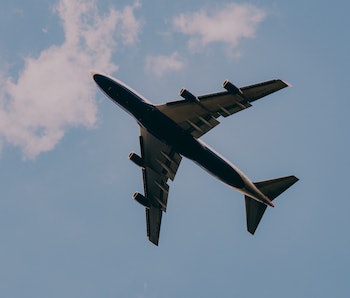 The electric jet could be feasible in just five years’ time, Tesla CEO Elon Musk predicted over the weekend. The electric car entrepreneur, who has expressed interest in helping jets ditch the kerosene, claims batteries will be able to support the giant flying machines within the next five years.

The declaration came after a series of posts on Twitter, sparked by video game streamer “Ninja” asking Musk about whether a plane could fly off a battery.

“Yes, but still a bit too limited on range,” Musk responded. “That will change in coming years as battery energy density improves.”

It’s an invention that could dramatically boost the fight against climate change. The aviation industry accounts for around two percent of global emissions. That’s a fraction of the 16.5 percent of emissions that come from road transport. It would mean that if it joined the electric jet race, Tesla’s combined efforts could reduce a staggering 20 percent of global carbon dioxide emissions.

Similar to cars, switching to electric jets would give big benefits in the overall goal of moving to renewables. It paves the way for energy to come from all manner of sources, including zero-emissions sources like solar, wind, and hydroelectricity. Smaller planes like Siemens and Lilium have shown that an electric plane can make sense on a small scale.

A plane could plug in at the airport, charge up ready for the next flight, and take off. It could work with solar panels like the ones at the Madrid and Barcelona Airport, and a high-powered charger could enable fast turnaround times. Jet-sized Tesla supercharger, anyone?

Electric Jet: The Challenge as It Stands

Musk explained that he did the calculations for jet fuel around 10 years ago. Jet A, a common kerosene-based type of jet fuel, has a much higher energy density than a lithium-ion battery. That means the fuel can support a plane over further distances due to the weight savings. However, Musk did note that electric motors weigh less and convert energy more efficiently than their fuel-based counterparts.

He expanded on why the weight is so important during a September 2018 appearance on The Joe Rogan Experience:

You want to go as high as possible, so you need a certain energy density in the battery pack, because you have to overcome gravitational potential energy. The energy you use in cruise is very low, and then you can recapture a large amount of your gravitational potential energy on the way down. So you really don’t need any kind of reserve fuel if you will, because you have … the energy of height.

Based on his previous calculations, Musk believes that the crossover point is around 400 watt-hours per kilogram. A battery of that density or greater could support a plane.

Electric Jet: The Journey to the Tesla Plane

Musk has floated the idea for the electric plane as far back as 2009. When he appeared in the 2010 film Iron Man 2, he was spotted telling Tony Stark that he was thinking about the idea. Stark, played by Robert Downey Jr., told Musk he would make it work.

These musings over the years are more than just idle comments. Musk said in 2012 that he’d had a design in his mind for around four years. He referenced this design again in 2015.

This could be more than a standard plane design. In his Joe Rogan appearance, he said he had discussed with “friends and girlfriends” the idea of a “vertical takeoff and landing supersonic jet.” There are currently no supersonic commercial jets operating anywhere in the world, after the Anglo-French-designed Concorde was retired in 2003.

One of the most exciting developments in this journey was the February 2019 announcement that Tesla had acquired Maxwell Technologies. The $218 million deal brought the firm’s battery technologies into the Tesla fold, which covered bold ideas like ultracapacitors and dry electrodes.

But perhaps the most interesting aspect of the Maxwell deal was its use of dry electrodes to reach higher levels of energy density. The idea does not use wet solvents like a traditional battery, ditches the controversial cobalt element, boosts production by a factor of 16, and reduces costs by 20 percent. On top of all this, Maxwell had identified a “path” to reaching 500 watt-hours per kilogram.

The Maxwell acquisition took on new importance this summer. During the Tesla annual shareholder’s meeting in June, Musk said that “we might get into the mining business” to scale battery production higher. The CEO hinted that the company is prepared to phase out long-standing supplier Panasonic to make its own batteries.

If Tesla starts building its own ultra-dense batteries ripe for jet usage, a Tesla jet could only be a matter of time.