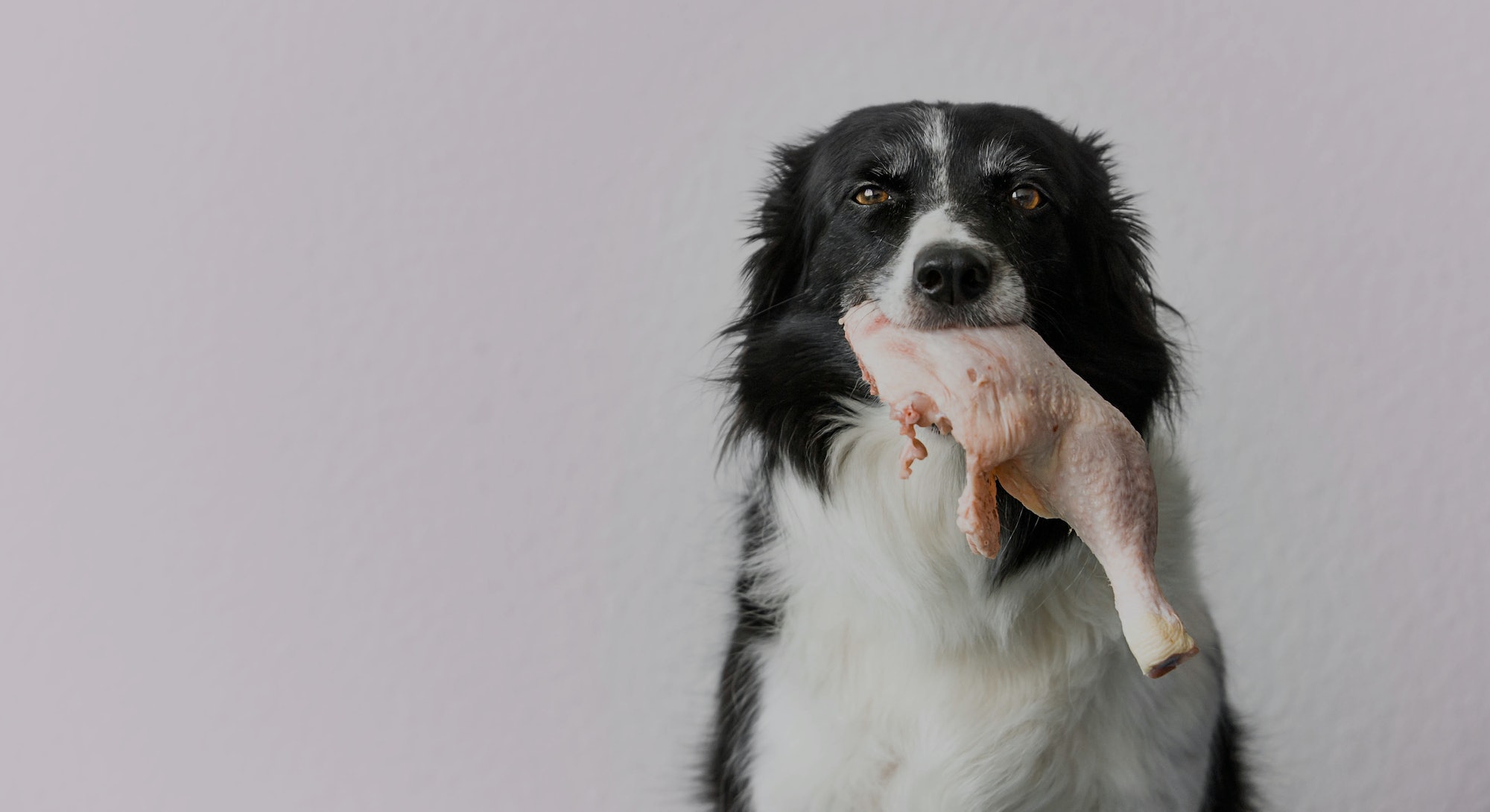 In 2018, a team of veterinary scientists noticed an odd trend among a sample of Swiss dogs and cats. In a group of 64 animals, over half carried spectrum beta-lactamases (EBSL)-producing germs. These germs are a problem for pets and people alike. EBSL are enzymes that can make certain antibiotics not work, and in turn, they underlie the signature move of antimicrobial resistant bacteria.

Public health experts have warned that antimicrobial resistance is one of the most pressing threats to human and animal health — so the fact that pets contained bacteria that make antibiotics lose their effectiveness was a concern. But the University of Zurich team behind the research had a good guess as to what was causing this to happen: BARF, or the “biologically appropriate raw food.” That’s a diet of raw muscle and organ meats, as well as meaty bones.

To test their hypothesis, the team purchased 51 samples of raw pet food formulated for dogs, either online or from pet stores near their laboratory, and tested the meats for enterobacteria. While some strains of enterobacteria are harmless, the family also includes pathogens like Escherichia coli and Salmonella, some of which are antibiotic-resistant.

Magdalena Nüesch-Inderbinen, Ph.D., the study’s first author, describes these results as “worrying,” and argues that it’s fair to say these raw pet foods are a significant risk factor for the spread of antibiotic-resistant bacteria.

“We therefore advise all dog and cat owners who want to feed their pets a ‘BARF’ diet to handle the food carefully and maintain strict hygiene standards,” she explains. “Pet owners should be aware of the risk that their pet may be carrying multidrug-resistant bacteria and can spread them.”

The spread can happen in one of two ways. The first is pretty obvious: Pet owners can come into contact with the bacteria when they touch the raw food. The other route is simply through our interaction with our pets — if dogs eat raw food, then close contact with owners means a risk of bacteria transmission. Nüesch-Inderbinen and her colleagues point out what this means broadly:

There is growing evidence that pathogens occurring in RMBDs (raw meat-based diets) pose a risk of infectious disease to humans not only during handling of the feed and the feeding equipment, but also through the contamination of household surfaces and through close contact to the dogs and their feces.

But while the American Veterinary Medical Association and the Canadian Veterinary Medical Association have expressed concern about raw diets for pets, they’re still trendy. In 2011, the sales of commercially prepared raw pet foods reached $100 million, and a number of pet owners claim their dogs have become happier and healthier once they’ve made the transition away from kibble.

The claim of raw pet food advocates is that eating raw meat is what dogs are supposed to do, since they descended from wolves. But according to Tufts University and the World Small Animal Veterinary Association, there’s no science to back up this claim. On the Tufts’ Veterinary Medical Center blog, “Petfoodology,” its clinical nutrition team notes that while it’s true wolves eat raw meat, the average life span of a wolf in the wild is only a few years. In turn, what works for a wolf doesn’t work for a dog that you hope has a long, healthy life.

That researchers also note that, in their own clinical practice, they’ve seen “a number of commercial raw meat diets whose nutrient profiles either don’t make sense or don’t meet current nutritional requirements, despite labeling to the contrary.” Many raw meat diets are very high in fat compared to typical canned and dry diets, and they lack the vitamins and minerals dogs need for a balanced diet.

In the end, giving dogs a raw food diet is an attempt by owners to give dogs the best life they can. Traditional dog food is sometimes recalled for Salmonella, too, and some dog food marketed as “grain free” has been linked to canine dilated cardiomyopathy, a disease of cardiac muscle. Pet food trends also tend to mimic human health food trends — the raw pet food diet mirrors the Paleolithic diet, cans like Fancy Feast emerged after people got into gourmet food in the 1980s, and the desire for “grain free” came from our own rejection of gluten.

But good intentions don’t always equate to healthy choices. For now, scientists say raw pet food is something to be cautious about — both for our pets’ sakes and our own.

Feeding pets raw meat-based diets (RMBDs) has become increasingly popular but may constitute a risk due to the contamination with pathogenic and antimicrobial-resistant (AMR) bacteria. The aim of this study was to evaluate commercially available RMBDs with regard to microbiological quality and occurrence of AMR Enterobacteriaceae. Of 51 RMBD samples, 72.5% did not meet the microbiological standards for Enterobacteriaceae set out by EU regulations for animal by-products intended for pet food. Furthermore, Salmonella was detected in 3.9% of the samples. AMR bacteria were found in 62.7% of the samples, the majority thereof were resistant to third-generation cephalosporins due to the production of extended-spectrum β-lactamases (ESBLs) including CTX-M-1, which is widespread in livestock, and CTX-M-15, which is the most common ESBL variant worldwide. Colistin- and aminoglycoside-resistant isolates, producing MCR-1 and RMTB, were identified in 3.9 and 2% of the samples, respectively. The majority of the AMR Escherichia coli belonged to commensal groups A or B1 and were associated with clonal complexes CC155 and CC10. Two belonged to the emerging extraintestinal pathogenic CC648, and one to the globally disseminated uropathogenic E. coli sequence type ST69, suggesting zoonotic potential. The microbiological quality and the high prevalence of AMR producing Enterobacteriaceae in RMBDs raise concerns for animal and public health.