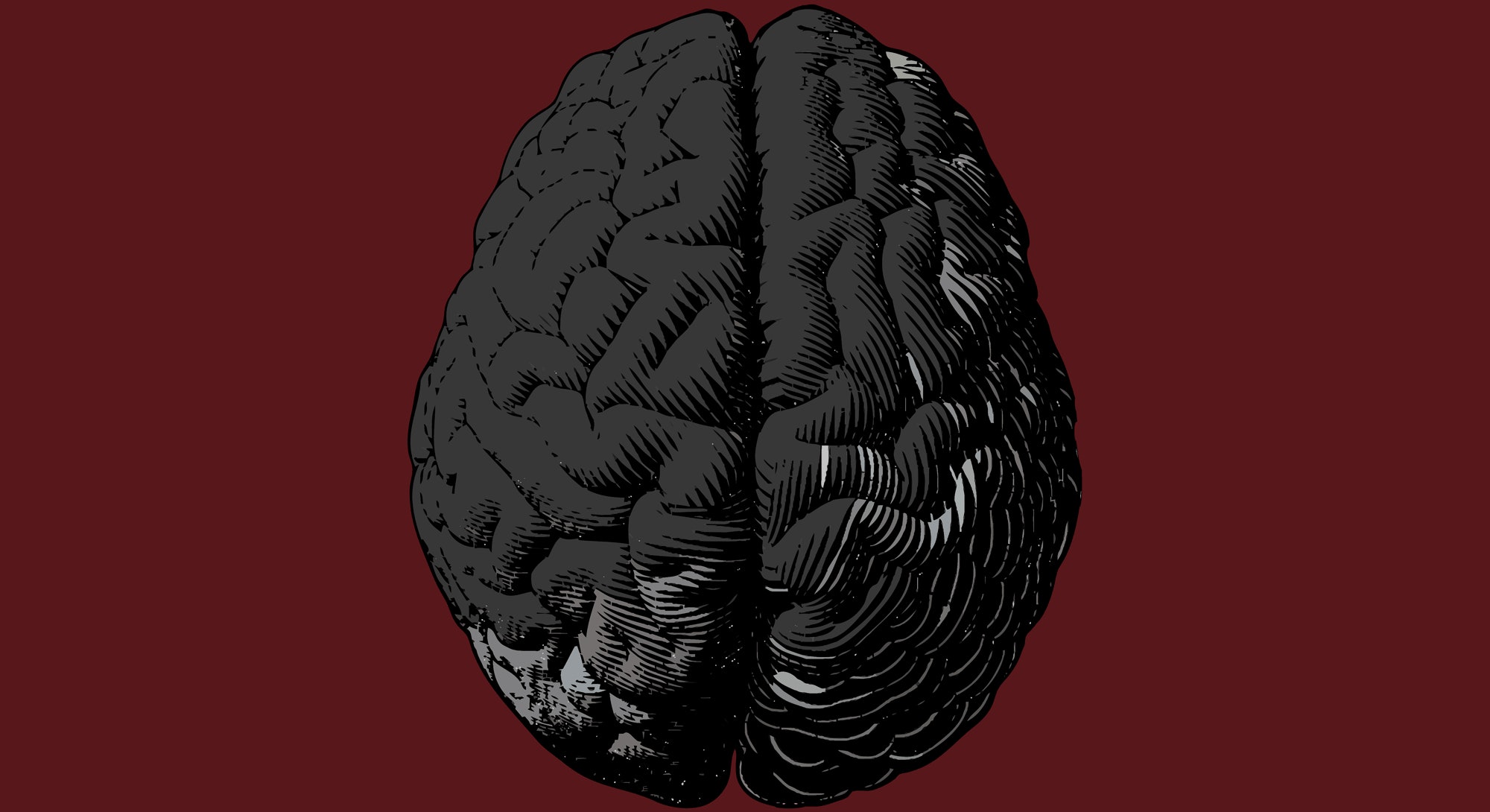 For the past few weeks, Nick Anderson has been out of whack. The Pennsylvania musician and program specialist at an early education center had been feeling anxiety and restlessness about his life, music, and career. Fortunately, he knows what to do when he feels this way.

It was time for a dopamine fast.

“I haven’t done one in awhile,” Anderson told Inverse in an interview this week. “I can kind of tell that I need one.”

The concept of a dopamine fast is simple: remove all sources of exogenous pleasure from life. That includes the feeling of an Instagram like, the taste of a Popeyes crispy chicken sandwich, or the intense highs of watching Succession.

The hope is that one can limit their brain’s exposure to “quick hits” of dopamine, the neurotransmitter most commonly associated with pleasure, reward, and motivation. Then, once you return to life, you can really savor that neurochemical ecstasy from which you’ve been deprived.

The last time Anderson did a dopamine fast was about three months ago. He says that when he starts to feel distractible, stressed, and generally behind, he knows that it’s time to take another dip. Anderson wants to reach his career milestones, and to do that he needs a checkpoint. That checkpoint is dopamine fasting.

Dopamine fasting has gained a reputation as the latest Silicon Valley productivity hack to jumpstart motivation. It exists in the realm of microdosing and ketone ester shots — just substitute LSD or ketones for monastic self-discipline. Easy!

Dopamine fasting is used by anyone who’s hyperfocused on self-improvement, by people looking for a release from their day jobs and side-hustles, and those who find themselves stuck in a rut. And it’s entering the mainstream: The top dopamine fasting how-to video has 1.6 million views, and this LinkedIn article describing the practice has reached viral status, with over 100,000 views in 24 hours.

“In an instance of the Bay Area being very Bay Area: today was my first day in SF since moving here, and I ran into someone from my YC batch who told me he was on a “dopamine fast” and thus had to cut our convo short (lest he acquire too much dopamine),” tweeted @jnymnz.

Essentially, dopamine fasting has one foot in amateur neuroscience and the other in the realm of structured meditation. Those who discuss the practice on subreddits like r/selfimprovement trace it back to Vipassana meditation retreats, a type of retreat where people spend 10 or more days in self-imposed reflective silence.

Some dopamine fasters explain their fast is effective because of scientific principles.

And while nothing has been definitively proven, in some ways, those theories may not be that far-fetched.

Anderson’s plan for Saturday was simple. He would rise around 7 a.m. He would go for a long bike ride, bring along a journal, and not use any technology for the entire day. It would be a time to check in and re-evaluate his life.

That’s actually the reformed version of the dopamine fast. Hardcore dopamine fasters are far more monastic — they go for the total removal of all life’s pleasures for an entire day. That’s what Richard, the founder of the Improvement Pill YouTube channel, set out to do during his first dopamine fast six or seven years ago. Richard has asked that we don’t use his last name.

Richard is usually a hyper-productive YouTuber who runs “Improvement Pill,” a channel with 1.72 million subscribers. His video on dopamine fasting is one of his top hits. Richard turned to the dopamine fast in an effort to restore his waning motivation after he found himself in a funk he just couldn’t shake.

“For some reason, for about a week, I ended up doing nothing,” he tells Inverse. “It happens to all of us. We have moments of intense motivation and then we have moments where, you know, we’re just on the couch eating ice cream, watching Netflix for like a week.”

“I was in one of those situations and I just thought to myself, Man, what’s one way I can get out of this? Because I really want to get my life back together.”

His dopamine fast, in contrast to Anderson’s, was a day of pure boredom. As he puts in in his video, “all things you find fun, pleasurable, or entertaining, are strictly forbidden.”

The goal is simple: Deprive the brain of as much dopamine as possible in pursuit of a type of neurochemical rebound effect.

The amateur theory behind the dopamine fast

Richard explains that his understanding of the dopamine fasting theory is based on two major ideas.

To exert all the pleasurable and rewarding effects that have made it so famous, dopamine binds to surface receptors on cells in the brain. The amateur theory of dopamine fasting posits that we are constantly overloading these dopamine receptors in our brains, which is causing them to disappear.

The idea is that our brains deal with this overload by reducing those receptors, which, altogether, keeps the pleasure signaling within a “normal” range. It also means that we’re less sensitive to dopamine.

Richard explains that, in theory, stimuli like Netflix and junk food overstimulate us, inducing “less motivation to do things in life.”

Does modern life cause dopamine overstimulation?

Eric Bowman, Ph.D., a neuroscience lecturer at the University of St. Andrews in Scotland, hadn’t heard of dopamine fasting before Inverse reached out to him, but he grasped the concept behind it right away.

“My admittedly superficial understanding of the idea behind dopamine fasting is that modern life causes dopamine overstimulation, which in turn causes the molecular changes which ‘calm down’ dopamine neurotransmission, but that this results in dopamine transmission being too low between rewards,” he tells Inverse. “A break from the fast pace of modern-day rewards would allow the system to reset, or so the theory goes.”

This idea does revolve around real neuroscience

He points out that this idea does revolve around real neuroscience, particularly one called “dopamine homeostasis.” That’s the concept that, when we flood our bodies with too much dopamine over time, the body makes “molecular adjustments” to the dopamine receptors that dwell in the brain.

But, as Bowman adds, to actually get to that level where adjustments would happen, it would require “very strong changes in dopamine neurotransmission due to drugs or neurological disorders.”

This mode of thought is largely derived from research on drug addiction — and applying addiction science to living in “modern society” can be dangerous. Even though we may feel overwhelmed by normal life, are we really soaking our brains in a dopamine-rich bath every time we order takeout or scroll through Instagram? And is that enough to really cause changes in the brain?

Kent Berridge, Ph.D., is a psychologist at the University of Michigan and runs a lab that literally studies pleasure in the brain. He explains that there may actually be some truth to the idea that dopamine is all around us.

"…we live in a reward-rich world

“It is definitely true that we live in a reward-rich world and we live in a reward-cue rich world,” he tells Inverse. “Even when we’re not consuming rewards, we’re often encountering cues for them — in advertisements and imagery, opening the refrigerator, on the web, the internet, and emails. So that would keep us in a kind of constant or repeated frequent repetition of dopamine activation.”

But to say whether or not human dopamine receptors actually do decrease is complicated. Berridge explains, in animal studies where the animal is exposed to high-fat, dopamine-igniting diets, receptor reduction happens temporarily and “receptors mostly come back during abstinence.” When it comes to humans, the answer is “a bit controversial,” “may depend partly on context,” and mostly comes from studies on people who use drugs and alcohol.

Even if this is a “reward-rich world,” we still don’t know if it’s rich enough to cause lasting changes in the brain. Taken together, Bowman says that, actually, some ideas behind the dopamine fast seem to check out when examined in isolation — but not all of them.

“Overall, I think it is plausible that dopamine fasting might impact modestly on the dopamine system, but no doubt it has effects on many other brain – and body – systems,” Bowman says.

Does all this even matter?

Bowman, who has made a career out of studying the human brain, does have a question for dopamine fasters: Why care so much about the neurotransmitter if doing it makes you feel better? The theory used to explain dopamine fasting is a large part of the practice. It’s less clear why it needs to exist.

But it is likely that the rules aren’t as hard and fast as they may appear. Anderson says that some of the “dopamine fasting stuff that I’ve read online is not necessarily how I’ve found it works for me,” while Richard believes, at the end of the day, that people should pursue whatever they feel works best for them.

It’s not proven that you truly need to remove pleasure from your life to get something out of a “dopamine fast” — at least scientifically. Still, there’s something to be said about having a reason to put down your phone or a way to hit that mental reset button. Ultimately, it’s excusing yourself for choosing to have some downtime — as long as that downtime is productive.

On Saturday, Anderson woke up ready to carry out his plan.

Rising at around 7 a.m., he shot off a text to his mom before deciding to officially put technology away for the day. It was raining, so he cut his bike ride short — only about an hour and a half. He read his journal, he meditated, he napped a lot, and he got bored.

Later, he went for another walk, did some work on his bike, came home, and cooked himself a healthy dinner. The meals he says were the hardest parts. He usually likes to watch TV during them.

Was it the perfect dopamine fast? Probably not. But on Monday, he told Inverse he was feeling pretty good anyway.

“I feel really rejuvenated today, he says. “I feel confident about where I’m going in my life.”