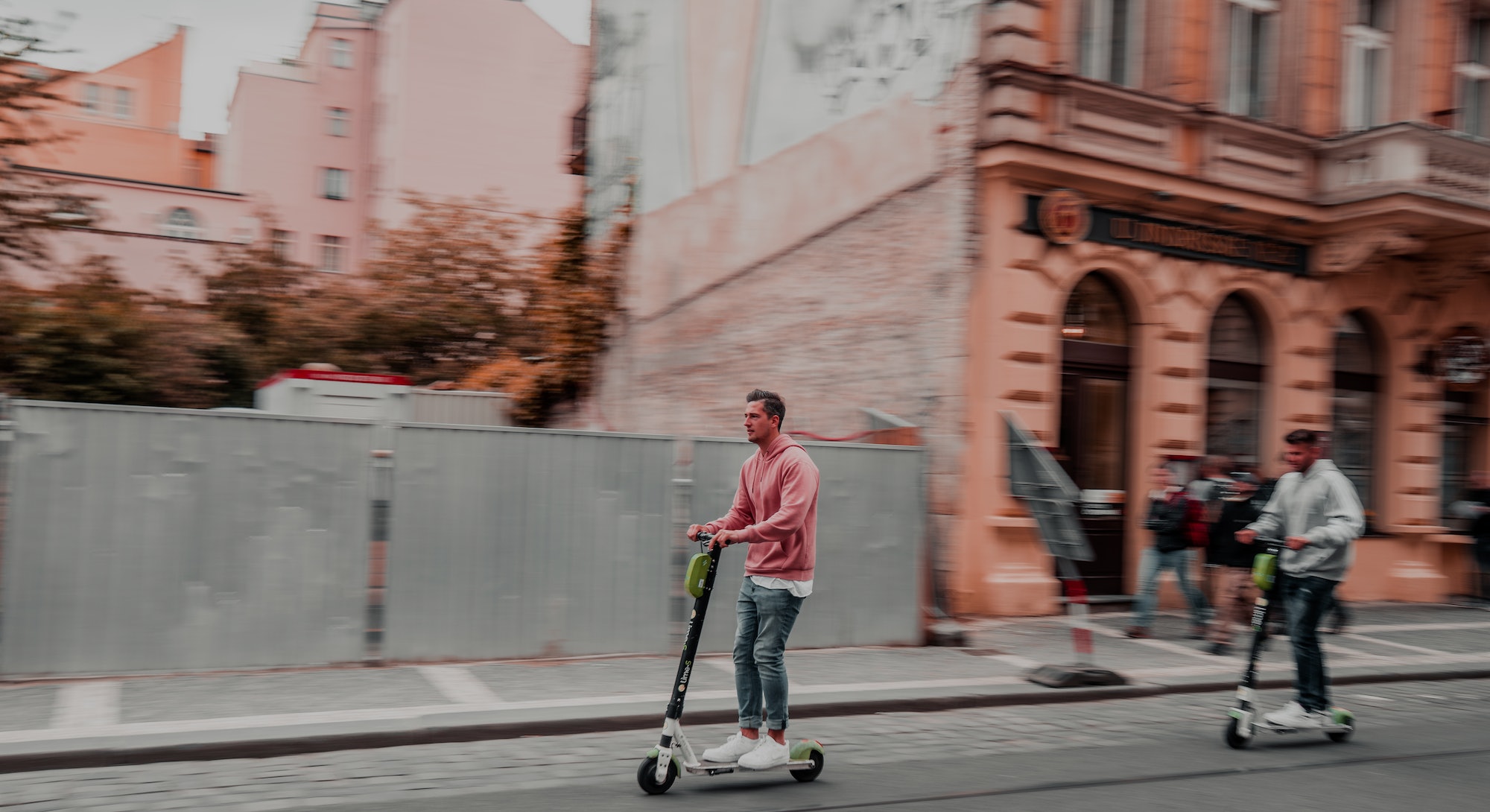 Electric scooters have hit the streets of major cities across the United States and around the world. And unsurprisingly, people are getting hurt. These dockless mobility devices, which are part of a multi-million-dollar business for tech startups, are remarkably easy to use — and misuse. Riders typically unlock a scooter by paying through a smartphone app, and they can leave it pretty much wherever they want when they’re done. And since they’re so convenient, lots of riders end up riding them after drinking or taking drugs, very often without wearing helmets. New research in the journal Trauma Surgery & Acute Care Open outlines the health consequences for these unfortunate riders — as well as which riders are most likely to engage in these unsafe behaviors.

In a paper published on Thursday, cheekily titled “The e-merging e-pidemic of e-scooters,” a team of researchers presented evidence that a significant portion of electric scooter riders who were admitted to the hospital after a scooter crash, mostly men between the ages of 20 and 40, turned out to have been riding under the influence of drugs or alcohol.

Adding to the potential for danger, Leslie Kobayashi, M.D., an associate professor of surgery at UC San Diego and the paper’s first author, tells Inverse that almost none of these patients wore helmets. Out of 103 patients examined in this study, 65 percent were male, 66 percent were white, 62 percent were between age 20 and 40, and only two were wearing helmets.

No, that’s not a typo. Out of 103 people riding devices that can legally travel up to 35 miles per hour in California, only two of them wore helmets.

Kobayashi suspects this negligence has to do with the fact that a lot of scooter riders are jumping on the devices on a whim, as they leave work or leave the bar, without having planned ahead by carrying a helmet. It doesn’t help that individuals over the age of 18 can legally ride without a helmet in California, where this research was conducted.

“While not surprising, it was concerning, particularly in conjunction with the fact that a significant proportion of our patients had head and facial injuries, which could potentially have been prevented, or at least minimized in severity, with the use of a helmet,” she says.

Motivated by both the rapid adoption of electronic scooters and the rising number of patients Kobayashi and her colleagues had observed coming to the hospital with scooter-related injuries, they conducted this study by analyzing patient records from three Level I trauma centers over a 14-month period.

Their data showed that between September 1, 2017, and October 31, 2018, 43 patients were diagnosed with broken extremities — an ankle, shoulder, or arm, for instance. Additionally, 27 patients came in with facial fractures, and 19 were diagnosed with intracranial hemorrhages, injuries that, as Kobayashi pointed out, may not have been as severe if they’d worn helmets — and also maybe if they hadn’t been intoxicated.

“The other thing which was a bit of a surprise was the significant proportion of patients who were intoxicated on alcohol or other illicit substances at the time of their accident,” Kobayashi adds.

Kobayashi points out that this pattern of intoxicated driving suggests people may not be thinking about the implications of operating a motor vehicle when they step onto an electronic scooter.

“People are utilizing them and maybe not giving the eScooters the respect that they deserve in terms of being a motorized vehicle,” she says.

In April, Lime co-founder and executive chairman Brad Bao told The Verge that his company is working on ways to keep drunk people from riding its scooters. (No, not a breathalyzer.)

“Our scooters have all kinds of sensors that can sense whether it’s driving in a straight line or whether it’s wobbling,” he said. “We do the warning. We can slow it down. We’re still working on it. It’s not launched, but that’s an example of many things that we’re improving right now on the issue of data.”

So why such a fuss over a few broken bones from drunk guys who hopped on a scooter? As the team behind the new study points out, the rate at which electric scooters are becoming more and more common makes them a rising public health concern.

“Less than a year after their introduction, 3.6% of all US adults had ridden an eScooter, and by the end of 2018 two of the largest eScooter companies — Lime and Bird — reported a combined 36 million rides and are available in over 100 communities spanning five continents,” they write in the paper.

And Kobayashi notes that it’s likely to get worse.

Even just during the study period, they observed a major increase in hospital admissions. The study period ended on October 31, 2018, and since then, Kobayashi says the number of patients coming to the hospital for electric scooter-related injuries is still increasing.

“The rate of increase seems like it’s slowing down a little bit, but I don’t think we have enough data to see a plateau yet,” she says.

She’s careful to note, too, that this study shows sort of a worst-case scenario for scooter crashes.

“Looking at our study, people could potentially think this is a worse problem than it is,” says Kobayashi. “We are selecting the sickest of the sick. The three centers participating in this study were all Level I trauma centers, which means we’re, pre-hospital, getting the most severely injured patients.” Additionally, some patients examined were not admitted to the hospital, and therefore weren’t included in this study.

So while this study, on the one hand, might not reflect the vast majority of users’ experiences, Kobayashi says it’s also likely that the numbers of injuries from electronic scooters are way higher than what her team has seen.

Results: 103 patients were admitted during the study period, and monthly admissions increased significantly over time. Patients were young men (mean age 37.1 years; 65% male), 98% were not wearing a helmet. Median LOS was 1 day (IQR 1–3). 79% of patients were tested for alcohol and 48% had a blood alcohol level >80 mg/dL. 60% of patients had a urine toxicology screen, of which 52% were positive. Extremity fractures were the most frequent injury (42%), followed by facial fractures (26%) and intracranial hemorrhage (18%). Median Injury Severity Score was 5.5 (IQR 5–9). One-third of patients (n=34) required an operative intervention, the majority of which were open xations of extremity and facial fractures. No patients died during the study. The majority of patients were discharged home (86%).

Conclusion: eScooter-related trauma has significantly increased over time. Alcohol and illicit substance use among these patients was common, and helmet use was extremely rare. Significant injuries including intracranial hemorrhage and fractures requiring operative intervention were present in over half (51%) of patients. Interventions aimed at increasing helmet use and discouraging eScooter operation while intoxicated are necessary to reduce the burden of eScooter-related trauma.