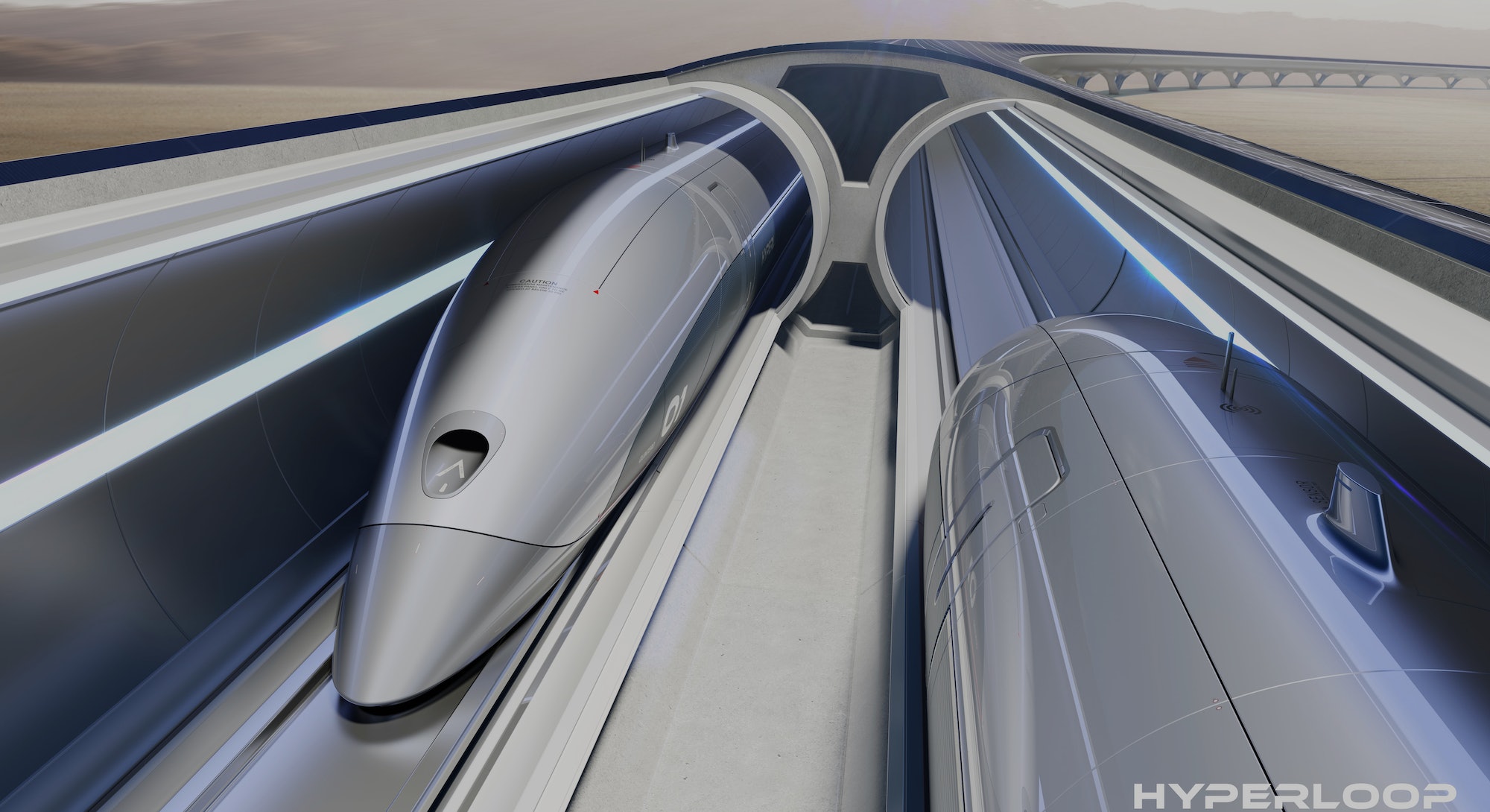 Hyperloop set a new public speed record this month, but with a figure just shy of 300 miles per hour, you could be forgiven for thinking the super-fast train is a bit of a slowcoach.

The vacuum-sealed pod transit system, first outlined by Elon Musk in 2013, promises to transport passengers and cargo at speeds around the 700 mph. That’s faster than a jet engine, and one proposal from Musk would cross the 380 miles between San Francisco and Los Angeles in just 35 minutes.

Six years later, and it turns out hyperloop is harder than it seems. Current tests show it’s only about as fast as the decades-old maglev trains, which use magnets to levitate pods off the ground without any tube to reach speeds of around 350 mph.

Munich-based TUM Hyperloop, which holds the public speed record, only reached 288 mph earlier this month. That record was set in a tube measuring six feet in diameter, nowhere near large enough for human passengers.

“This year our target speed was 600km/h [373 mph] which we unfortunately didn’t reach due to technical difficulties,” Jukic says. “Without promising, anything I want to let you know that we are always very ambitious and it would be a pity to end the project ‘unfinished.’ We will announce soon whether we will compete next year again.”

The idea of hyperloop gained popularity very quickly in the last five years, but sputtered in the last year as Musk’s own enterprise, the Boring Company, seemed to sputter in the public eye, despite his promises or urban wormholes.

Even so, billionaires like Richard Branson and venture capitalists are throwing their weight behind the concept.

Considering the initial promise of faster-than-jets, zero-emissions super tracks, it’s slightly curious that nobody has publicly demonstrated a hyperloop reaching anywhere near its hypothetical top speeds.

Hyperloop: Running Out of Track?

The most simple explanation for why we haven’t reached super speeds with hyperloop is that nobody has built a track long enough.

Most of the public speed records have been set on SpaceX’s 0.8-mile test track at Hawthorne, California. The track has hosted four competitions, encouraging student-led teams to submit pod designs to find the fastest:

SpaceX is not the only place where teams have set speed records. Virgin Hyperloop One, backed by Branson, claimed a top speed of 240 mph along its 0.28-mile “DevLoop” in the desert north of Las Vegas, using the XP-1 pod back in December 2017. The firm held the top record for only around eight months.

As eagle-eyed readers may have spotted, none of these tracks are particularly long. That could be the main sticking point to reaching higher speeds: Delft Hyperloop previously told Inverse in July 2018 that a hyperloop could reach its top speed on a track that measured around 44 miles. The team expressed confidence that the current technology could reach those speeds with the right amount fo track. Clément Hienen, the team’s design engineer, explained:

The acceleration [on a public hyperloop] will actually be slower because if you accelerate this fast it will not be comfortable. The speeds will actually be a lot larger because on large tracks, for example from Amsterdam to Paris, that will only take you 30 minutes because speeds of 1,000 kilometers per hour will be reached.

TUM Hyperloop takes a slightly different approach in its analysis of how to achieve high speeds with hyperloop. Jukic reasoned that a bus and train accelerate at a force of just 0.3g. For the non-science types, one small g is around 9.8 meters per second squared, the rate of acceleration an object feels when falling with gravity. With acceleration at 0.3g, reaching 700 mph may only require 15 kilometers, or around nine miles, of track. This relationship is linear, so with double the acceleration, the team could reach 700 mph over half the distance. TUM Hyperloop’s pod currently accelerates to a face-melting 2g.

How many miles will it take for hyperloop to hit 700 mph? It depends on who you ask.

Test tracks are about to get longer. Hyperloop startup TransPod announced in January plans to build a 1.86-mile test track in France, with a view to starting tests next year. Musk announced after the fourth hyperloop competition that next year’s event would use a 6.2-mile track with a curve.

“This would allow us to reach much higher speed since we have a longer way to accelerate,” Jukic says. “Even though this would be an awesome new challenge I doubt they will finish the track in time.”

With an unproven track record and incompatibility with existing rail, hyperloop could face an uphill struggle. Maglev faces similar issues, limited to a smattering of short tracks like the Shanghai airport link.

There’s something else though, unrelated to distance, that could propel the hyperloop to faster speeds far shorter distances. A vacuum-sealed tube.

Marin-Martinod tells Inverse that it’s a “magic solution,” but that it would place enables speeds up to three times faster than just a maglev train. The engineering problem is easy-to-understand and nearly impossible to achieve: Creating a completely sealed vacuum tube over dozens or hundreds of miles is easier said than done.

As Virgin Hyperloop One explores the feasibility of connecting cities in places like Missouri, and Musk hints his Boring Company could one day support hyperloop, the elusive tunnel-based system could soon spread its wings. But how fast it will go is anybody’s guess.