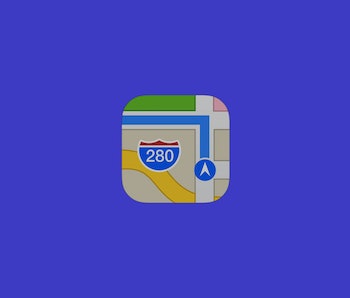 With each new iteration of iOS, Apple strives to help iPhone users do more with fewer taps. The ultimate goal of every smartphone is to, well, become smarter by predicting what users want to save them a click. The iOS 13 public beta recently highlighted how this approach is revitalizing one of Apple’s most loathed apps.

Apple Maps has been the butt of many jokes since its launch in 2012. With iOS 12, Apple promised a top-to-bottom overhaul, and iOS users in the fall will start to see the benefits. In some cases, Apple’s re-built version of Maps has even advanced beyond Google Maps, which a widely-cited 2018 survey found is the top choice for about two-thirds of mobile consumers.

One feature in particular seems like it could become a planning fixture. As Redditor /u/ThePoutPoutFish first pointed out, Maps in iOS 13 now comes with seamless iMessage integration. When they typed “ETA is” into the text box, the app provided them with estimates for their arrival time and the duration of their trip automatically.

They didn’t have to do anything, iMessage just knew what they wanted to say because it was running as they were texting.

“I didn’t press the Share ETA button in Maps in this situation,” /u/ThePoutPoutFish wrote in a follow-up comment. “I just typed in ‘ETA is’ to Messages when Maps was running in the background.”

Autofilling ETA messages keeps iPhone owners from having to tab back and forth between Maps and iMessage. It’s a feature that’s sure to come in handy when users are running late to a dinner or want to quickly give a boss, co-worker, or client an update on their commute if they’re running late to a meeting.

It will also come as a relief to folks who are concerned about privacy. Apple has multiple “Share Location” features through the Maps and Find My Friends app. A simple auto-populated text message can serve the same purpose without forcing users to send various contacts their exact location when they’re on the move.

While Apple Maps is definitely getting smarter, it is also getting vastly more detailed, which is crucial. An analysis by a web-based cartographer last fall estimated that Apple Maps had less detail in about 97 percent of its United States map. Much like its competitor, Apple has used fleets of cars chock full of cameras and sensors to map and take photos of cities, towns, streets, and highways across the United States.

The company’s site states that the new map will is currently available in “select cities” and will roll out across the U.S. by the end of 2019 with more countries in the pipeline in 2020. Though it’s obviously labor intensive, the early results of Apple’s mapping project have been stunning.

Most recently, Apple introduced an iOS 13 “Look Around” feature at WWDC 2019, its annual developers held in May, a product that rivals Google’s Street View and has been well-received so far. The app’s CarPlay variant even provides personalized notifications, for example, directing electric car owners to EV charging stations when it detects their vehicle battery is low.

iOS 13 could be grounds for an Apple Maps comeback. The finalized version of the operating system is expected to launch in September alongside Apple’s new trio of iPhones. But iPhone users can get in on the public beta right now by signing up for Apple’s Beta Software Program.

More like this
Gear
18 hours ago
iPhone 14 Plus review: A nice big screen without any 14 Pro Max extras
By Raymond Wong
Gear
5 hours ago
Google combines Pixel Tablet and Nest Hub with new charging speaker dock
By Jackson Chen
Gear
7 hours ago
Google's Pixel Watch is real, round, and ready to save Wear OS
By Ian Carlos Campbell
Related Tags
Share: