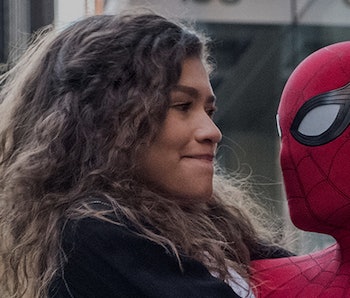 Everyone and their aunt knows Spider-Man’s backstory. That’s why the Marvel Cinematic Universe glossed right over it and Into the Spider-Verse twisted it into hilarious meta-commentary. But as the MCU steps into Phase 4, it may be time to expand, at least a little bit, on Peter Parker’s iconic backstory by giving one overlooked Spider-Man standby character his due.

Spoilers ahead for Spider-Man: Far From Home.

If you haven’t guessed it by now, we’re talking about Uncle Ben, Spidey’s perennially dead father figure. In bypassing the origin story, the MCU skipped over Uncle Ben entirely, subbing in Tony Stark as a father figure for Tom Holland’s Peter Parker. However, with Tony gone and Peter dealing with the fallout from Far From Home, it might just be the perfect time to introduce the actual Ben Parker by referencing one of the most touching moments in comic book history.

At least, that’s what one fan thinks (and I agree). On Reddit’s main Marvel Studios hub, redditor u/Bman1738 offered up two scenes from the comics that could be used as source material for a powerful moment in Spider-Man 3.

The first comes from Amazing Spider-Man #181, but we weren’t able to place the second. Both feature Peter visiting Ben’s grave to discuss his legacy as Spider-Man and the way his uncle influenced him.

After Spider-Man: Far From Home, Peter Parker is in his toughest spot yet. He’s lost not one, but two mentors (Iron Man and Mysterio). At the same time, J. Jonah Jameson just revealed his identity to the entire world. So it makes sense the Peter would seek solace by visiting the grave of Uncle Ben.

It’s easy to imagine either of these scenes playing out — or even some combination of them both. In the first, a resolute Spider-Man declares, “I must rededicate myself to your faith that one day Peter Parker will do something to change this world.” In the second, he’s much more depressed, admitting, “I really messed things up, didn’t I?” Both responses feel appropriate after the end of Far From Home.

Of course, none of this would constitute the main plot of Spider-Man 3, but it could be a nice way to bring Peter Parker into Phase 4 of the MCU while giving fans a look at what the character was up to in the years before his official entrance into the cinematic universe.

And maybe by making peace with his original father figure, Peter Parker can finally step up and become the leader Tony Stark always knew he could be.

**Spider-Man: Far From Home is in theaters now.