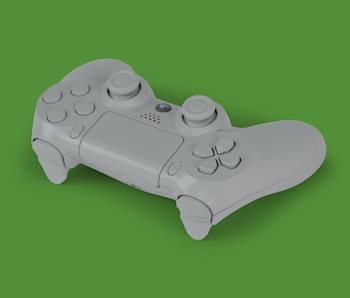 Sony’s PlayStation 5 is due late in 2020, but fans of the console have been daydreaming about features, improvements, and additions that could come to the PS4’s successor for months.

Members of the PS5 subreddit are constantly on the lookout for leaks, rumors, and hints about about the next-generation gaming system. But when the rumor mill slows, they spend their time sharing wishlists about what they’re hoping from the PlayStation’s next chapter.

Gamers want every game to run at 4K resolution at 60 frames per second, which the console will handily be able to achieve based on what Sony has revealed about its specs. In the end, it’ll be up to individual game developers to decide the resolution and frame rates of their titles. But buttery smooth gameplay at crisp resolutions are just scratching the surface of what Reddit hopes the PS5 brings to the table.

Generational shifts in consoles have always brought about major improvements in power. The PS5 won’t be any different, as it’s been said to support up to 8K resolution, ray-tracing, and near-instant load times. But what many gamers are yearning for doesn’t have anything to do with graphics or sheer console speed.

Here are three of the most-requested changes PlayStation fans on Reddit want from the PS5.

The PS4 introduced the 3.5mm headphone jack built-into its DualShock 4 controller, but it shockingly does not support Bluetooth headphones. Sony includes a wired earbud with a microphone with every PS4 purchase so customers can voice chat when they play online. But in a time when Bluetooth headsets are the norm, fans of the console are craving for Sony to seamlessly let them game with their wireless headset.

“I have a couple of really nice Bose headphones that I’d love to use in my ps4, but they are not ‘officially licensed’,” wrote Redditor /u/apsalarshade. “Currently I have to wire them into the controller, and the mics do not work. Please Sony, let me use my headphones.”

Sony reported that its PS4 online gaming service, the PlayStation Network, had amassed more than 94 million monthly active users in May. The subscription service is core to a majority of games on the system that need to be connected to the network to access basic capabilities. But it has failed to make chatting on the network simple.

Many Redditors have stopped trying to use the PS4’s built-in chat system in favor of the mobile app. One users even said that the Xbox One consoles have the PS4 completely beat.

“It’s something I’ve been wanting since the PS4 launched. Quick Menu Chat like on the Xbox,” wrote Redditor /u/1992vapor. “Playing a game and get a message? Just pop open the quick menu and type a quick reply, then back into the game. Right now [on the PS4], you need to minimize the game, open the messages menu, open the message, reply, then switch back to the game.

Somehow incorporating the PSN’s social menu into the games themselves would make for a much more seamless experience when playing online.

The most-requested feature by far has been backward-compatibility with games dating back to the original 1994 PlayStation. Many gamers want the PS5 to make their experience with gaming come full circle. That includes running bleeding-edge titles, but also being able to enjoy the library of old games they’ve amassed through the years.

Sony’s original PS launched 25 years ago, that means many users have grown up with the system. They want to see where it’s going next but also be able to relive what made them fall in love with it in the first place.

“I care! I won’t be screaming mad if it is not there (I can play my discs on other consoles) but it would be so insanely convenient to just rely on one console for them,” wrote Redditor /u/Metapher13.

Luckily, this wish could become a reality. Mark Cerny, the lead system architect for the PS4, has already revealed that the PS5 will be backward-compatible with games from the current generation console. Sony also was granted a continuation patent that suggests the PS5 will be able to run games dating back to the PS2 with improved graphics.

With the release of Sony’s upcoming console set in 2020, there’s still a lot of time left for more details about the system to bubble up. Reddit’s PlayStation fans could soon get answer to many of their PS5 hopes.