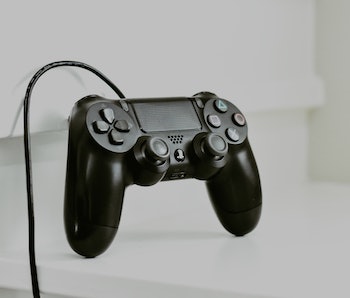 The PlayStation 5 is increasingly taking shape as a graphics intensive console aimed at more experienced gamers. Sony has already spilled the beans that its next console will tout a custom-made AMD graphics card and support 8K resolution, and other features will future-proof the console as VR takes off. But in addition to looking ahead to new gaming mediums, Sony will also try to cater to gamer nostalgia.

Mark Cerny, the lead system architect for the PS4, has already revealed that the PS5 will be backward-compatible with games from the current generation console. But he failed to mention how far back this backwards compatibility would go, and whether it would be able to support games from its older PS3 or PS2 console. But a recent continuation patent published by the United States Patent and Trademark Office on May 28 offers some clarity, and suggests that the PS 5 will not only run old games, it will also breathe new life into these classic titles.

According to the patent, PS5 could use its high-caliber graphics and compute power to boost how games from past generations run. Here’s the portion of the patent description listing that feature:

Better graphics capabilities means the PS5 could have the ability to handily run older games at their max setting at blistering frame rates. It could even imbue vintage games with a touch of modernity.

AMD’s custom GPU for the PS5 is expected to support ray tracing, a rendering technique that traces light paths to better simulate how light interacts with virtual objects. The PS5 could use this technique to bring blocker graphics to life with better shadows and textures.

Nvidia has already demonstrated how its graphics cards were able to improve the look of the 1997 title Quake II using ray tracing. AMD has yet to show off a similar feature, but the company is most likely working to match if not surpass what its bitter rival Nvidia has planned.

The Sony patent also states that game developers won’t need to alter their older games’ fundamental code to be compatible with its newer console. It seems that the company has figured out how to let game-makers easily port titles from the past to the new generation and potentially even retroactively improve their graphics.

While this would be a huge plus for gamers craving to relive their childhood gaming experiences, a patent filing doesn’t necessarily mean the product will come to market. But there is a glimmer of hope for the PS5’s advanced backward-compatibility.

Sony originally filed the patent back in March 2017, which means it’s been thinking about, and likely actively working on this technology for more than 2 years. The PS5 is expected to launch late in 2020 meaning the company has another year to make this capability a reality.

More like this
Gaming
16 hours ago
GTA 6 Leak Suggests the Game Could Come Out Sooner Than You Think
By Hayes Madsen
Gaming
Jan. 26, 2023
Here's exactly how to beat all three phases of Forspoken’s final boss
By Hayes Madsen
Gaming
Jan. 26, 2023
Season: A Letter to the Future explores a beautiful but aimless apocalypse
By Robin Bea
LEARN SOMETHING NEW EVERY DAY.
Related Tags
Share: