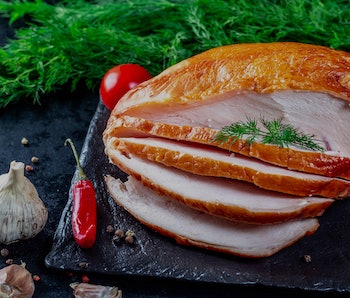 Red meat has a bad reputation, and it is well-deserved. From its impacts on climate change to its effects on health, it’s clear eating red meat comes with serious consequences. However, research from scientists at the University of California San Francisco published Tuesday suggests that white meat has gotten off too easy.

The results of a randomized controlled trial published in the American Journal of Clinical Nutrition revealed that that red meat and white meat both increased the amount of low-density lipoprotein more than plant-based diets. LDLs are commonly referred to as “bad” cholesterol, because it can contribute to buildup in the arteries.

While the overall effect of meat on cholesterol in this study is in line with earlier findings, lead author Dr. Robert Krauss expected to find that red meat had a greater effect on cholesterol than white meat. But his statistics said otherwise: There was no meaningful difference on LDLs after participants ate red-meat heavy diets or white-meat heavy diets.

Krauss tells Inverse that this isn’t a reason for red-meat lovers to rejoice. Both diets, he says, pale in comparison to a plant-based diet when it comes to health. But white meat, he says, is certainly no workaround for heart health.

“Our new finding was that LDL cholesterol (“bad” cholesterol) was the same with both red meat and white meat, and the level was lower with plant-based protein,” he says. “So the result can be viewed as indicating either a cholesterol raising effect of the meats, a cholesterol lowering effect of plant foods, or both.”

The findings regarding white meat — especially poultry — may seem counterintuitive, especially as studies that implicate red meat often note that poultry seems to pose less of a health risk. For example, a 2010 study published in Circulation (and cited by Krauss) showed that one serving of poultry per day was associated with a 19 percent lower risk of heart disease compared with the risk posed by one serving per day of red meat. Similarly, current suggestions from the American Heart Association recommend opting for poultry, fish or beans as protein sources in lieu of red meat for heart health.

Nevertheless, the evidence sets Krauss’s paper apart. Often, studies on meat and cardiovascular health risk are population based and gather their data from surveys, and to follow up, scientists must perform experiment-based research to confirm their findings.

Krauss’s study, a randomized controlled trial, is the first to do the latter. Over the course of four weeks, the 113 participants in the trial adhered to one of three diets: One was heavy on red meat, another was largely white meat, and the last relied on plant-based proteins.

"Our new finding was that LDL cholesterol (“bad” cholesterol) was the same with both red meat and white meat."

The team found that diets high in either red and white meat increased cholesterol more than the plant-based diets — and to an indistinguishable degree. This suggests that neither is healthier than the other in terms of cholesterol. (Notably, participants on diets with high saturated fat from sources other than meat, like dairy products, also had an increase in cholesterol, reminding us that meat is not the only food to be concerned about.)

One detail of the cholesterol increase stuck out: In both diets, the rise in cholesterol was driven by the amount of large LDL particles, not medium to small-sized ones. This is the silver lining to this experiment, adds Krauss, who explains that larger LDL particles have lower associations with heart risks than medium or small ones.

Importantly, Krauss’ findings don’t contradict expert recommendation too much. The AHA’s guidance, as well as the US government’s Dietary Guidelines, already encourage consumption of plant-based proteins over meat-based ones. And notably, the study didn’t evaluate the unique benefits of fish-based proteins, which have been shown to be beneficial for heart health.

Nevertheless, the findings add support to the argument that it’s healthier to lean more heavily toward fish or beans if you’re trying to abandon red meat, rather than simply switch to white meat, which appears to have flown under the radar for too long.

Results: Analysis included participants who completed all 3 dietary protein assignments (61 for high SFA; 52 for low SFA). LDL cholesterol and apoB were higher with red and white meat than with nonmeat, independent of SFA content (P < 0.0001 for all, except apoB: red meat compared with nonmeat [P = 0.0004]). This was due primarily to increases in large LDL particles, whereas small + medium LDL and total/high-density lipoprotein cholesterol were unaffected by protein source (P = 0.10 and P = 0.51, respectively). Primary outcomes did not differ significantly between red and white meat. Independent of protein source, high compared with low SFA increased LDL cholesterol (P = 0.0003), apoB (P = 0.0002), and large LDL (P = 0.0002).

Conclusions: The findings are in keeping with recommendations promoting diets with a high proportion of plant-based food but, based on lipid and lipoprotein effects, do not provide evidence for choosing white over red meat for reducing CVD risk.