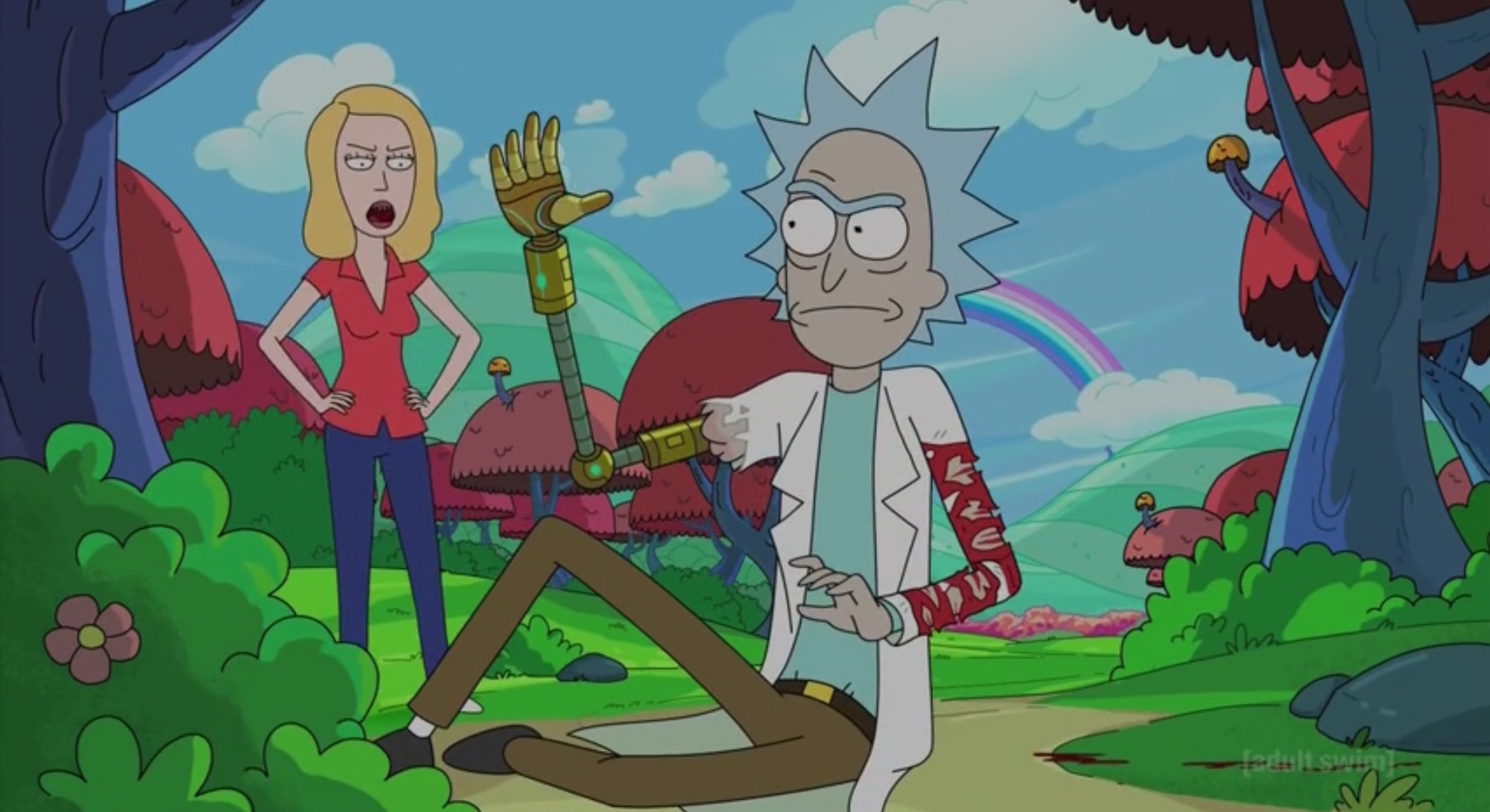 When Rick and Morty returns for Season 4 in November 2019, it’ll have to reckon with a huge lingering question from the end of Season 3: Is the Beth Smith we saw in “The Rickchurian Mortydate” the real Beth, or just a replacement clone?

Rick was suspicious enough to try to kill Beth, causing the entire family to turn on him. Now, heading into Season 4 with Rick ostracized from the rest of the family, this lingering question about Beth’s legitimacy could be the most important plotline — or another mystery Rick and Morty opts to ignore entirely.

The penultimate episode of Season 3, “The ABC’s of Beth,” presents Beth’s compromising choice to abandon her family via clone replacement as the climax of what might be Rick and Morty’s darkest story.

What if the real Beth returns, ready to reclaim her life, and she has to kill her own clone? Whose side would the family be on? What if we wound up with two Beths living together?

When Beth was a child, she would ask Rick for all manner of insane, troubling gadgets. There’s “ray guns,” a “whip that forces people to like you,” and “a pink sentient switchblade” just to name a few. “You were a scary fucking kid, man,” Rick says to her in the show’s present. Eventually, he was so fed up that he “collapsed a quantum tesseract” to create Froopyland, a procedurally-generated pocket universe that looks like Candyland with artificial life forms and an array of safety protocols.

“He designed Froopyland to both entertain Beth so he didn’t have to, but also to protect her from herself,” Rick and Morty writer Ryan Elder said in an Inside ‘The ABC’s of Beth’ video from Adult Swim.

If that wasn’t disturbing enough, it gets much worse when we learn that as a child, Beth abandoned her childhood friend Tommy Lipkip to die in Froopyland. Except he lived by copulating with the local wildlife and eating his own demented offspring, eventually becoming worshipped as a god-king. When Beth tries to bring Tommy home to exonerate his father, who’s on death row for Tommy’s murder in the real world, Tommy refuses. Instead, she chops off a finger so Rick can create a replacement clone from the DNA.

The entire experience clearly has an impact on Beth, who’s forced to reckon with a childhood she clearly blocked out along with the type of person she’s become as an adult.

“Am I evil?” she asks her father at the end of the episode.

That’s when he thinks of giving Beth the same opportunity that Tommy received. What if she abandoned her entire life and family to venture off into the multiverse? That sounds tempting, doesn’t it?

In an interview with Adult Swim, Harmon explains why Rick never answered Beth’s original question. He also offers a clue as to where Beth’s story may be headed, assuming she really did take Rick up on his offer.

Rick explores the multiverse of Rick and Morty like some kind of god, and he senses a kindred spirit in his daughter. We began to see inklings of this earlier in Season 3 with “Pickle Rick.” after Beth and Rick bonded over a mutual longing to go get drunk rather than think critically about what their group therapy session meant for the family’s mental health.

Thanks to a much more diverse writer’s room, Rick and Morty Season 3 invested in its supporting characters more, particularly Beth. For the first two seasons, all we really knew of Beth was that she shared her father’s penchant for alcohol, was incredibly unhappy in her marriage to Jerry, and endlessly tried to please her father. Her abandonment issues and resulting insecurities left her complacent enough to marry Jerry when they became pregnant with Summer, and choosing to separate from Jerry in the Season 3 premiere represented a huge step forward for Beth.

Just four episodes earlier in “The Whirly Dirly Conspiracy,” Rick and Morty delivered a Rick and Jerry adventure that explored how these two men relate to Beth. Jerry accuses Rick of stealing his family, and Rick counters by arguing that Jerry ruined Beth’s life.

“Who do you think had more taken from them when you shot 20 CCs of liquid dream-killer into my daughter? She was Rick’s daughter, Jerry, she had options!”

Whether or not you feel sorry for Jerry, you have to admit that Rick is right. Jerry is a predator that uses pity to lure in his victims. Beth was brilliant enough to do whatever she dreamt of. Instead, she settled for a dimwitted husband and an unfulfilling career as a horse surgeon. When Rick offers her the chance to leave her life and explore the multiverse, he’s offering her a chance to explore those unfulfilled “options.”

Beth feels guilty for wanting more out of her life, but she can’t escape feeling unfulfilled. Is the solution just to accept that existence is meaningless regardless of the circumstance, thereby deriving some semblance of happiness in a simple life? Or is it to abandon everything holding her back to start anew in a life of exciting adventure?

Whether or not Beth did make the choice to leave it all behind, Rick choosing to spend time with Beth while cloning Tommy is a remarkable step forward in their relationship. Beth claims she only demanded all sorts of sick gadgets from Rick when she was a kid because she wanted to spend time with him. Here, he makes the effort to let her participate.

“Dad?” Beth says once they’ve resolved the Tommy situation. “I feel like I’ve spent my life pretending you’re a great guy and trying to be like you, and the ugly truth has always been—”

“That I’m not that great a guy and you’re exactly like me,” Rick finishes.

“When you know nothing matters, the universe is yours,” Rick says. “The universe is basically an animal. It grazes on the ordinary. It creates infinite idiots just to eat them … Smart people get a chance to climb on top, take reality for a ride, but it’ll never stop trying to throw you. And, eventually, it will. There’s no other way off.”

Beth straight-up asks Rick what to do, and his advice is for her to do what he did all those years ago: “Take off.”

If Rick made a Beth clone it would be an exact copy in every way, complete with all her memories, and she could return and (in theory) replace the clone whenever she wanted. “The ABC’s of Beth” never gives us a definitive answer either way, but Beth’s newfound calm demeanor at the end of the episode feels like a pretty big clue. And one episode leader when she reconciles with Jerry, it really starts to seem like we’re not dealing with the same Beth anymore.

What could this mean for Rick and Morty Season 4? We’ll have to wait until sometime in November (or possibly much, much later) to find out.

Watch “The ABC’s of Beth” on Hulu.