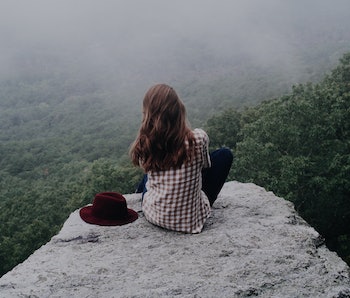 This Sunday, I’m thinking about canceling plans. I mean this in the most respectful way. Plans can be very good, and you can love the people with whom you’re making plans. But sometimes it’s nice just to do your own thing.

It took me a very long time to realize that time spent alone was not time wasted — that, if you didn’t schedule out your weekend, it didn’t mean you weren’t taking advantage of your free time. Choosing solitude, studies show, can actually be really good for you.

A version of this article first appeared in the Sunday Scaries newsletter. Sign up for free to receive it on Sundays.

Christopher Long, Ph.D., tells Inverse that “choosing” is the key word here. Long is an assistant professor in the department of psychiatry at the University of Arkansas and has studied solitude as a state of being.

Long says that if you choose to be alone, you’re more likely to have a positive experience being alone. He says that, sure, it may sound simple, but it’s good to know what loneliness is at its core: knowing that the social contact you’re having isn’t meeting your needs. And when that happens, mental health can suffer.

In a 2019 study that examined the solitude of adolescents and young adults, researchers found that choosing solitude enabled people to have the opportunity for self-reflection, creative expression, and spiritual renewal. Chosen solitude, they found, contributed to an individual’s sense of personal growth and self-acceptance. A 2018 study found something similar: A positive acceptance of solitude correlates to positive personality development. Those who were at more advanced stages of ego development realize that solitude can be restorative.

“Being alone,” Long says, “allows you to be your true self.”

It’s also important to remember that how you interpret your time alone can be influenced by so many factors. Long notes these are often the same factors that tip the scales between a good and a bad mental health day. Receiving enough sleep, healthy food, sunshine, and emotional support can make a big difference.

“All of this stuff is what helps one deal with anxiety or depression,” Long explains. “It’s also the same stuff that helps you deal with being alone. I think we need to be careful that we don’t interpret being alone as some sort of threatening situation all by itself.”

And it’s true that sometimes when you’re by yourself, it’s easier to hear the unkind thoughts in your head. That’s why it’s important to think of solitude as a muscle that can be developed and flexed. It comes down to doing what you realize you need to do without feeling guilty about it later. Your friends will want to hang out another time — and that bubble bath isn’t going to take itself.