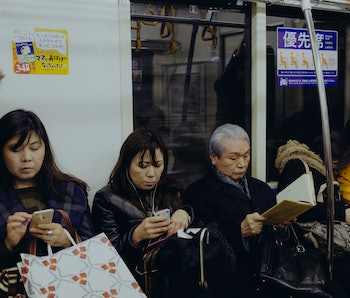 When you ask someone to say how old they are, they make a calculation — subtracting the year they were born from the present day. But when biologists look to see how old someone’s body actually is, they turn to tiny internal clocks that can illuminate clues about aging and health.

Researchers at Harvard have identified a new ribosomal DNA (rDNA) clock, or a biological clock, that reveals accurate insight into how the body ages, and how humans can intervene to slow it down. The work was published Thursday in the journal Genome Research.

Bernardo Lemos, Ph.D., a professor of environmental epigenetics at Harvard, says a small section of DNA collects signals of age so well that it can accurately estimate biological age. Lemos and the study’s lead author Meng Wang, think that the rDNA is a “smoking gun” in the genomic control of aging. They think it could harbor a previously unrecognized clock.

To determine how fast or slow a person’s biological clock is ticking, scientists will sometimes look for methylation, a small molecule, in DNA. A 2017 study on mice to mark the changes shows biological age, or DNA methylation age:

Biological clocks are portions of the genome that help keep track of what scientists call biological age which is the true age of someone’s body, based on changes that accumulate over time in someone’s DNA — and turns out to be a more accurate way to predict the onset of aging related disease.

Instead of looking to segments of DNA scattered all across the genome, Lemos tells Inverse that this new biological clock one-stop shop of sorts to figure a person’s biological age.

“It makes measurement of the clock quite a bit easier, because it’s just one place,” Lemos tells Inverse. “There are challenges, but now instead of looking across several different chromosomes and diverse sites, we can just focus on these sites.”

The clock that Lemos helped identify is actually located in in ribosomes, a molecular machine that helps cells make proteins, but also contains segments of DNA.

When Lemos looked at these locations in species as diverse as dogs, flies and humans, he found that the amount of methylation in just those few places could accurately predict chronological age. Crucially, these locations could also determine biological age, along with other well-known biological clocks.

His hope is that this new clock may actually be related to the activity in the far-flung clocks, perhaps a common link that unites them all. But that’s just a theory, one that he’ll have to prove more robustly.

"“It fits with the expectation and anyone’s hopes that our rDNA biological clock is dynamic, actionable, potentially responsive to personal choices”

“It was such breakthrough when it was discovered that DNA methylation across the genome could be used as a pretty robust, reliable, marker of age. It is quite incredible. The rDNA clock might be a step in the right direction to link a variety of clocks mechanistically,” he says.

One of the things that gives Lemos confidence that this new biological clock is particularly useful is that it reflects choices that the organism makes that might speed up, or slow down the aging process.

For example, when he investigated the rDNA clocks in mice who were part of a fasting experiment, he found that their clocks showed less signs of biological aging, even if the mice themselves were older chronologically.

Because fasting has been shown to extend life in animals and reset biological clocks in the past, he suggests that its effects on the rDNA clock are a good sign.

The biological clock is responsive to change, which could be a powerful tool when it comes to identifying how we may intervene in the process of biological aging.

See also: What Really Happens to Your Brain and Body When You Fast

“It fits with the expectation and anyone’s hopes that our rDNA biological clock is dynamic, actionable, potentially responsive to personal choices,” Lemos says. “One wonders if the clock is also responsive to other features of the environment, history of toxicant exposure.”

If this clock is as connected to aging as this study claims, it could be a powerful way to test which factors from diet to chemical exposure speed up the process of biological aging, and which ones can slow it down.

If there’s something that might be causing a biological clock to tick a little faster, the changes to rDNA could be a potential canary in the coal mine.

More like this
Mind and Body
13 hours ago
Why Is My Skin Worse in Winter? 5 Conditions Dermatologists Watch out For
By The Conversation, Jeffrey Chen and Sonal Choudhary
Science
Jan. 22, 2023
Infection expert answers 7 top questions about Covid-19’s “Kraken” subvariant
By The Conversation and Sameer Elsayed
Science
Jan. 28, 2023
Viruses can speed up atypical brain aging — vaccines may offer peace of mind
By Andrew Bubak, Diego Restrepo, Maria Nagel and The Conversation
LEARN SOMETHING NEW EVERY DAY.
Related Tags
Share: