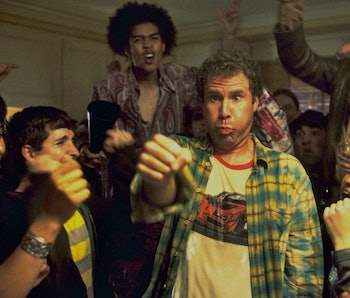 The knowledge gained over four years of blackout drinking becomes a powerful tool as it’s passed down through the ranks of college students. But a new paper in the journal Psychology of Addictive Behaviors by scientists at the University of Missouri and Brown University highlights two major ways in which word of mouth may be letting students down.

Though studies demonstrating how certain drinking patterns can cause blackouts tend to happen on college campuses, not all of that information makes the jump from the lab to the party scene, often only blocks away. To quantify this, Mary Beth Miller, Ph.D., a clinical psychologist and the lead author of the paper, asked a focus group of 50 college students what they did and didn’t know about drinking behaviors that might lead to blacking out. She and her colleagues compared the students’ anecdotes to knowledge gleaned from scientific research. They identified two areas in which the focus group didn’t have the most up-to-date information when it comes to preventing a blackout.

“One, based on what we know right now, drinking speed is more important than actual drinking quantity in determining whether or not someone blacks out,” Miller tells Inverse. “The second thing is the confusion surrounding concurrent use of alcohol and other drugs.”

The amount someone drinks obviously determines how the night may unfold, but Miller was surprised to find that most students didn’t realize that their rate of drink consumption is actually a greater risk factor than the amount of alcohol when it comes to blackouts.

This distinction has been described in more than one paper, but a 2009 paper in Environmental Research and Public Health describes it well. These authors suggest that “a rapid rate of increase in blood alcohol concentration (BAC) is most consistently associated with the occurrence of an alcoholic blackout.” Miller observed that the students didn’t seem to know this fact:

“It was interesting, though, that the importance of drinking too much came up much more often than the idea of drinking too fast,” Miller says. “This is a really important distinction, and one that may give young adults more control over their drinking if they really understood it.”

The Effects of Smoking Weed

Miller was also surprised to find that most college students weren’t exactly sure how smoking weed combined with alcohol to make them black out. Responses were all over the board: Some thought that smoking might cause someone to drink less, thereby avoiding a blackout. Others believed that it might not have any effect at all.

There is research out there indicating that combining weed with alcohol can impair memory (and contribute to blacking out.) For example, a statement provided by the National Institutes of Health indicates that combining THC — the psychoactive component in marijuana — and alcohol can lead to greater memory impairment than administering either one alone.

But there are still some issues when it comes to studying the effects of marijuana on memory, which might lead to some of this confusion. For one, it’s really difficult for US-based researchers to receive permission to study weed, and as a result, some well-publicized research on its effect on memory is based on results from synthetic cannabinoids, not THC or the plant in its natural form. Still, we don’t have evidence that it prevents blackouts either, as some of the students in the focus group claimed.

Given these two areas of confusion, Miller would offer her students one piece of advice to avoid blackouts: treat drinking like a marathon, not a sprint. For most students, focusing on spreading drinks out over an evening is probably the most expedient way to avoid blacking out:

“They will still get buzzed (or drunk, if that’s what they’re going for) if they have four drinks in two hours instead of one,” she adds. “If anything, the ‘fun’ part of drinking will last longer if they can spread that drinking out.”