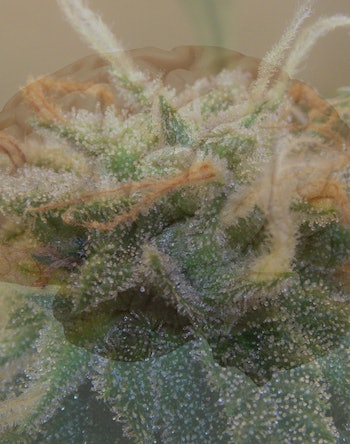 In recent years, with the legal status of marijuana shifting, the scientific community has sought to better understand this complex and alluring plant.

With much coverage devoted to the genetic basis of flavor and variety, researchers also aim to explain what marijuana does to a person’s brain.

Functional magnetic resonance imaging (fMRI) allows scientists to glimpse at what a person’s brain activity looks like in the moments that they are thinking thoughts, feeling feelings, and most importantly — for the purposes of this article — getting high.

Let’s take a look at what scientists have found out about the brain of a person before, during, and after they use marijuana.

What Does a Person’s Brain Look Like When Deciding to Smoke Weed?

Decision-making is a complex process that’s not limited to just one part of the brain. A 2015 fMRI study published in the journal Neuropsychopharmocology centered on 17 participants as they made the decision to smoke. The results suggested that the choice to smoke marijuana is accompanied by a consistent level of activation in a range of brain regions.

The functions of these brain regions tell us a little little bit about the decision to smoke weed, too:

When you combine all of these brain areas that light up when someone decides to light up, a general picture emerges: When a person decides to smoke weed, they’re essentially performing an analysis of the value they’ll receive by smoking and whether that value is worth pursuing.

If smoking is deemed a good choice, the brain determines how to perform the act. It’s a complex pathway for a simple choice, but it’s a pattern of activation that’s uniquely tied to smoking weed.

Now let’s see what happens once you smoke…

What Does a Person’s Brain Look Like When They’re High?

Marijuana enthusiasts know that being under the influence will change your perception of self and the world around you. So even though regular users might not think it’s too bad of an idea to jump behind the wheel stoned or possibly light up on the road, this 2013 study published in the open-access journal PLOS One suggests that THC changes your perception and attention so much that it can be difficult or dangerous to drive.

The study shows the levels of brain activity in people who are performing a “visuo-motor tracking task” that simulates the cognitive processing and visual recognition a person would use to drive.

There are a lot of studies that show the inner workings of the brain of a person who uses marijuana, but there aren’t too many that actually show what it looks like while they’re stoned.

The authors of this study say the decreased activity in these three brain regions suggests that stoned people have issues with saliency detection, which is a fancy term for being able to determine whether what you’re looking at is important. This, along with decreased activity in the dorsolateral prefrontal cortex (an area that, if you remember, lights up before you even smoke and is involved with making decisions based on risk calculations), means that people who are under the influence of marijuana have trouble figuring out what they’re looking at and doing something about it.

While high, you might not realize that your dog is eating your Fritos, or, more dangerously, maybe not react in time to see a pedestrian running in front of your car.

The pattern of brain activation associated with smoking marijuana, in a general sense, suggests that smokers are more interested in their internal world than the external world.

“Subjects are more attracted by intrapersonal stimuli (‘self’) and fail to attend to task performance, leading to an insufficient allocation of task-oriented resources and to sub-optimal performance,” write the researchers. Fascinatingly, some of this brain activity seems to start before a person has even taken the first puff.

Now, let’s see what happens after long-term pot use…

Can your brain handle it?

What Does a Person’s Brain Look Like After They’ve Smoked Weed for a Long Time?

Researchers have argued about whether long-term marijuana use alters a person’s brain, but at this point, it’s pretty much settled: Chronic marijuana use changes how your brain works. And in a 2014 study in the journal Proceedings of the National Academy of Sciences, researchers compared 48 marijuana users with 62 non-using control subjects to see how people’s brains changed from smoking pot.

Compared to the control group, the smokers had less gray matter in the bilateral orbitofrontal gyri, which are associated with making decisions and processing emotions. But along with this, the marijuana users had more structural connectivity in the orbitofrontal cortex network, which the study authors say suggests that the brain may be trying to make up for the loss of gray matter. The human brain is a complex and dynamically adjusting organ, so any shortcoming in one area can often be partially compensated for in other areas, and this seems to be what’s going on in the brain of a pot smoker.

Is it bad? Maybe, maybe not. Can your brain handle it? From these studies of marijuana smokers, that seems to be the case. But as with any area of research, this is a topic that requires more in-depth longitudinal studies to get a better idea of how marijuana affects the brain, especially in the long-term.