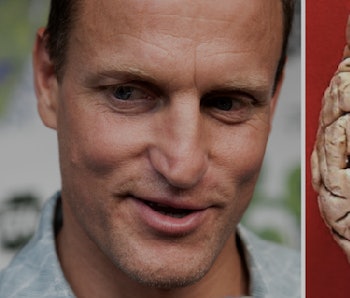 Most scientists agree that there are certain benefits to smoking marijuana, like easing pain, anxiety, and PTSD. But chronic smoking has negative repercussions as well, such as a decrease in dopamine levels in the brain. Blunting the dopamine system hinders the brain from experiencing pleasure normally and may very well be what led actor Woody Harrelson to feel so “emotionally unavailable” that he quit smoking weed. Whether the negative consequences of pot consumption will continue after Harrelson quits, however, is something that scientists are still trying to understand.

This is largely because the studies on long-term pot users who quit are inconsistent or nonexistent. It’s well documented that people who stop smoking weed soon after experience withdrawal symptoms like anxiety, vivid dreams, irritability, physical tension, poor sleep, and a decrease in appetite. But how long these symptoms last after quitting varies across studies: Some have found that they are only pronounced in the first ten days after quitting, while others have found that they peak two to six days after quitting then cease after two weeks.

Why these symptoms emerge is even less clear. In a 2014 study published in PNAS, researchers scanned and compared the brains of 62 people who did not smoke marijuana and 48 people who were chronic smokers. They found that the brains of chronic smokers had less gray matter in the orbitofrontal cortex, which means that the part of the brain that deals with decision making and emotional processing had a smaller volume than usual. But they also found evidence that this part of the pot smoker’s brain had more connections to other regions, suggesting that the brain is trying to compensate for what it has lost.

While the scientists say that the loss of gray matter may also correlate to loss of neurons, they also conclude that their observations aren’t sufficient evidence to definitively answer what happens to brain after chronic marijuana use. They write that, while chronic weed use is “associated with complex neuroadaptive processes,” changes occurring in the brain “as a result of marijuana use remains equivocal.” They also mention that other researchers have found a decrease in volume in other parts of the chronic smoker’s brain, like the amygdala, hippocampus, and the striatum.

Something that has hindered research on the effects of chronic smoking is that marijuana smokers have a very high relapse rate: In a 2005 study, researchers found that, among a group of study participants that became abstinent before their study, 71 percent used marijuana at least once in the six months after quitting. Within that group, 71 percent also continued to use marijuana at least four times a week. More research is needed to know exactly what the long-term effects of smoking are — but more pot smokers have to commit to the demands of the studies, first.