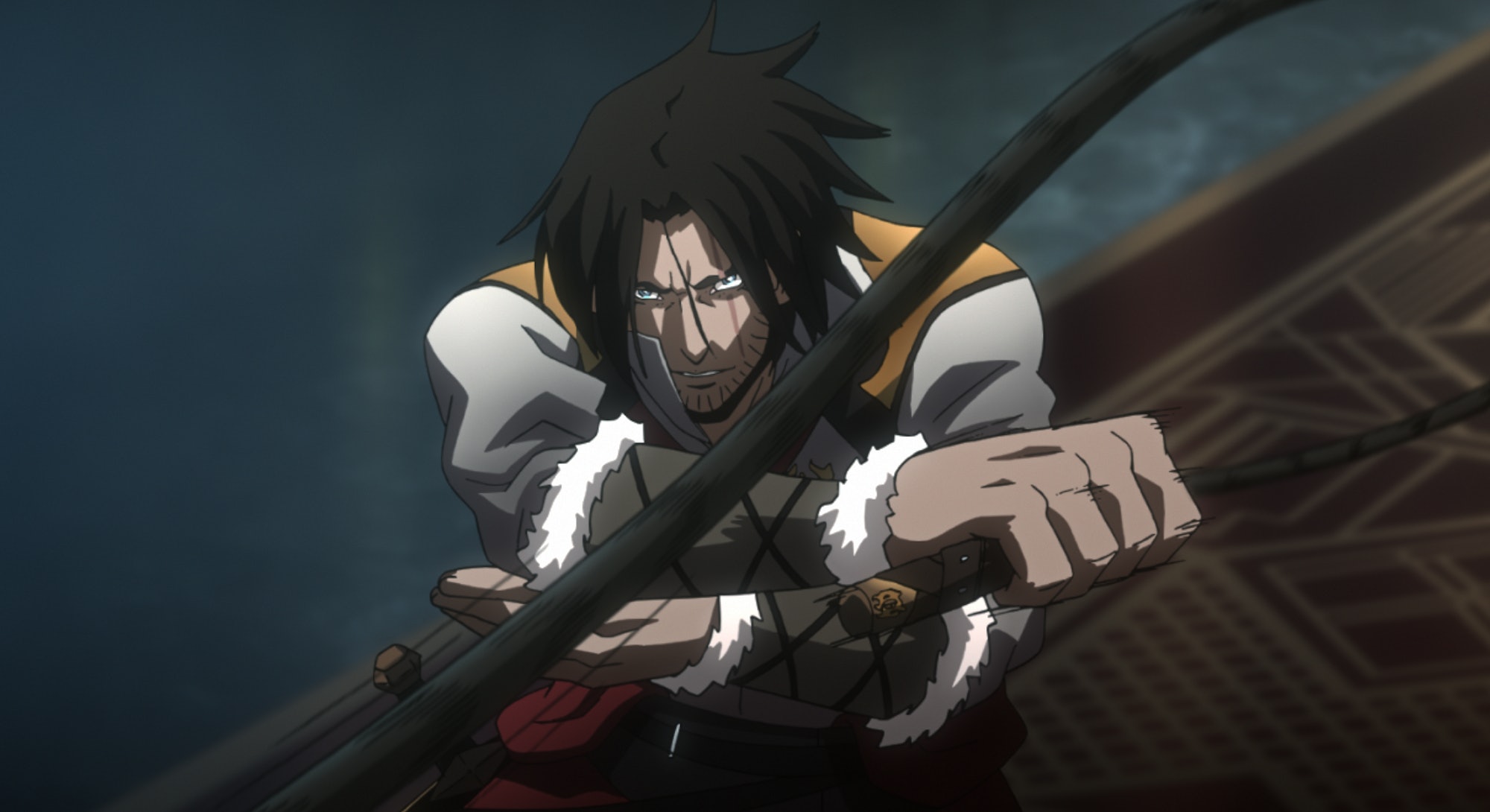 Stop me if you’ve heard this before: A benevolent being sends their only son to Earth to become the savior of all mankind. Am I talking about Jesus Christ, or Superman? Film and TV producer Adi Shankar, whom I witness navigate through the crowds of Power Morphicon, says there’s no difference.

“I feel like all these brands,” the 33-year-old gestures on the Anaheim Convention Center floor where the biennial Power Rangers fan convention is taking place, “It’s our new religion. It’s our mythology. And I really think, all the high art today, no one’s going to remember that shit in 200 years. They’re gonna remember franchises and video games.”

Across the street from Disneyland, holy ground to one of the most revered consumer brands in human history, thousands of Power Rangers fans converge for a three-day celebration. Heartfelt devotion and encyclopedic knowledge of mighty morphin minutiae are rewarded with new, like-minded friends and attention (and selfies, for a price) from the creators and stars of the television series. If Power Rangers were a religion, Power Morphicon is Mecca.

Shankar’s current TV project is another example of fandoms criss-crossing with religion, albeit in a rather amusing way. On October 26, Netflix will release Season 2 of Castlevania, the vampire anime produced by Shankar and based on the Konami video game series. Besides its 13th century Gothic aesthetic, the series was fueled by Shankar’s faith to the kind of generational pop culture he grew up with: Power Rangers, X-Men, anime, and retro video games.

While Shankar’s family moved around the world throughout his upbringing, two short years living in the United States impressed upon him mythology that lasted a lifetime.

“Americans have this fundamental belief that the world as it exist today doesn’t have to be the world that exists tomorrow,” he says. “A lot of other cultures I’ve lived in are like, ‘Maintain the status quo, being a disruptor is bad.’ Here, being a disruptor is good. Steve Jobs is put on a pedestal. He would have been executed in other countries.”

In abstract ways, that’s what Shankar gleaned from afternoons spent watching X-Men and playing Super Nintendo. “That’s what I absorbed. Wasn’t the content. People with big ideas who execute on big ideas, that’s who society chooses to revere.”

Now, in his adulthood as a producer, with films like The Grey (2012) with Liam Neeson, Killing Them Softly (2012) with Brad Pitt, and The Voices (2015) with Ryan Reynolds in his IMDB page, Shankar has weaponized his religion for other devotees via online shorts that envision his gods as he sees them. Unauthorized films like The Punisher: Dirty Laundry, Venom: Truth in Journalism, the viral hit POWER/RANGERS, and Netflix’s Castlevania (“officially endorsed” by Konami) make up a series of disconnected texts in what Shankar calls the “Bootleg Universe.”

“What we do is we take mythology and we adapt it in a cool way while still preserving the mythology,” he tells Inverse. “It’s by fans for fans, versus by no one for a corporation.”

Laid out on paper, Shankar’s punk rock philosophy about being a fan and reckoning with the capitalist corporations who cater to them are hard to keep up with. But listening to him speak, in long strings of acute thought punctuated by pauses of silence, his logic forms as a sort of mosaic.

Basically, fandoms are the new religion. The internet is a “recruitment tool,” and information about them is disseminated infinitely faster than Gutenberg could print the Bible.

“I feel like brands should be looked at as religions than consumer products, and I don’t mean that in a philosophical sense,” he says. “They’re as powerful as religion. People watched Infinity War opening weekend on this planet faster, quicker, and more efficiently than when the Bible was released. How do you look at Marvel and not think of it as religion?”

It’s like sports. “Wanna get someone emotionally invested in the Eagles? Put the name of a city on it,” he says. “It’s a personal relationship with an entity, a universe. If you want your universe to succeed, you want it to be the version of the universe that you see it as. There’s a sense of ownership. These are religions now, religions owned by multinational corporations.”

As the view counts of POWER/RANGERS skyrocketed — a brief blackout of the film carried out by Saban Brands only intensified curiosity — Shankar met the billionaire mogul himself, who was in the midst of producing an actual reboot film with Lionsgate. The real Power Rangers hit theaters in March 2017 to mixed reviews, and Haim Saban sold Power Rangers to Hasbro in the summer of 2018.

“A fully-realized version of how I see the Power Rangers would rival the Marvel Cinematic Universe,” Shankar boasts. “I don’t look at Power Rangers as Haim Saban’s creation, I was watching Super Sentai in Hong Kong before Power Rangers existed. I was the youngest age group you could watch Power Rangers and regurgitate what they saw, juxtaposed with the kaleidoscope of sounds and images that make up a person’s life cross-pollinated with the brand’s social commentary.”

“That is what good entertainment is,” he says, breathlessly. “Spectacle and truth.”

Shankar isn’t legally allowed to talk about what transpired between him and Saban, but he is free to talk about what happened after: Netflix. “Studios didn’t wanna work with me after POWER/RANGERS,” Shankar says. “They thought, ‘This guy is crazy.’ Then Netflix called and said, ‘What do you wanna make? There’s a blank check for it.’”

Free money from one of the most powerful content platforms led Shankar to create Castlevania. He wanted to make an anime and he loved Castlevania, so he made a Castlevania anime. Simple as that. “Someone at Netflix was like, ‘Why are you so obsessed with these time periods?’ That’s when I lived here! I don’t know anything else.”

“Studios didn’t wanna work with me after POWER/RANGERS. They thought, ‘This guy is crazy.’ Then Netflix called and said, ‘What do you wanna make? There’s a blank check for it.’”

Though its first season was just four episodes at under a half-hour each, Shankar says making Castlevania was creating infrastructure to make more shows like it in the future (such as his next video game adaptation, Assassin’s Creed).

“On a fundamental level the show was made with a production pipeline that didn’t exist,” he says. “There were all these ‘Has tos.’ It has to be hand drawn. That made it complicated to make. If I go make a CW show, I’d have 23 episodes, no problem. This was building the whole castle.”

Shankar doesn’t have aspirations to be the next Saban, or even Kevin Feige, chief architect of the Marvel Cinematic Universe. “I want to be the Tom Ford of fan culture,” he says, catching me off guard. “If your clothing line sucks, you call Tom Ford to make your clothes dope. If your brand’s fucked up, call in Adi Shankar and he’ll make it cool.”

But Shankar has to like them first. “I’ve turned down a lot of big stuff, because I didn’t like the thing,” he says. “Business people are like, ‘Why would you turn it down? Do you know how many blank that thing sold last year?”

He shrugs. “I wasn’t one of the people that thing was sold to.” It wasn’t his religion.