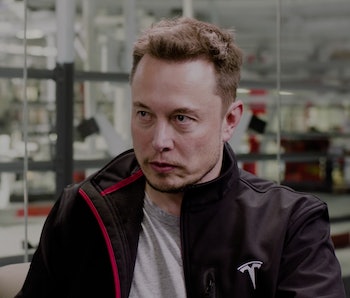 Those following Elon Musk’s work knew the Tesla CEO put in long hours at the company’s factory. An interview with the New York Times published on Thursday showed the sheer amount of hours he puts into his company, and HuffPost co-founder Arianna Huffington offered some advice to the CEO. Musk responded to her on Twitter, of course.

On Friday, Huffington posted an open letter to Musk on Thrive Global, a company she founded and is the CEO of that has a mission to “end the stress and burnout epidemic.” She urged him to take a much-needed break from his 120-hour work weeks in order to work more efficiently in order to make his visions a reality.

“You’re demonstrating a wildly outdated, anti-scientific and horribly inefficient way of using human energy,” Huffington wrote. “It’s like trying to launch us into our clean energy future (or into space) with a coal-fired steam engine. It just won’t work.”

In recent years, Huffington has been a proponent for sleep. She wrote The Sleep Revolution: Transforming Your Life, One Night at a Time in 2016 and says there is a “sleep deprivation crisis.”

In response to her open letter, Musk tweeted a short reply that did not waste any words.

“Ford & Tesla are the only 2 American car companies to avoid bankruptcy,” Musk tweeted. “I just got home from the factory. You think this is an option. It is not.”

In the New York Times interview, Musk revealed the long hours he puts in at the Tesla factory requiring him to use Ambien to get some sleep. He also brought up how his 47th birthday was spent at the factory, which Huffington mentioned in the open letter.

The time Musk spent at the Tesla factory was on the Model 3, the company’s affordable electric vehicle. The car’s price tag is at $35,000, but he believes that the carmaker can produce a vehicle for $25,000 in a matter of three to four years.

More like this
Innovation
Jan. 25, 2023
Starship orbital flight: SpaceX successfully loaded the rocket with over 10 million pounds of propellant
By Mike Brown and Molly Glick
Science
Feb. 4, 2023
Why ChatGPT Could Usher in a New Era of Scientific Discovery
By Brian Lucey, Michael Dowling and The Conversation
Gaming
Jan. 25, 2023
"Mindboggling" Launcher layoffs prompt outcry and tributes to WaPo gaming vertical
By Jess Reyes
LEARN SOMETHING NEW EVERY DAY.
Related Tags
Share: