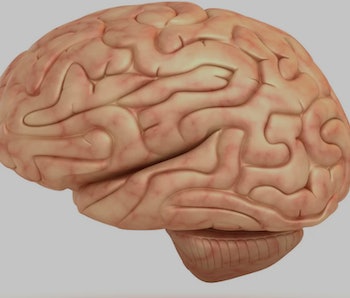 An estimated half of the 322 million people affected by depression don’t appear to benefit from treatment, but new brain research shows that figure soon may change — and potentially get help to millions of people who need it.

In a new study, scientists argue that treatment likely doesn’t help so many because 90 percent of antidepressants are based on the idea that depressed people lack serotonin and norepinephrine, two important chemicals in the brain.

However, a study to be published in the July edition of Neuroscience asserts that for some, depression isn’t necessarily linked to a lack of serotonin and norepinephrine, and antidepressants designed to make up for them don’t work on patients.

“Thirty percent of people on these drugs do not experience an effect,” says Saito and and co-author Yuki Kobayashi. “Obviously, we need a new drug! We need another explanation for what could cause depression.”

Depression in those thirty percent of people might be driven by a protein called RGS8, which Hiroshima University neuroscientist Yumiko Saito, Ph.D., describes as “a new type of depression.”

In a previous study, Saito and her team discovered that RGS8 controls a hormone receptor called MCHR1, which helps regulate mood and the body’s response to the need for eating and sleeping. RGS8 has been found to influence parts of the brain involved with movement and mood regulation, and can inactivate MCHR1 when the two are mixed in cultured cells. That hinted to Saito that decreased amounts of RGS8 means an increased chance of experiencing depression.

Researchers hypothesized that changes made to levels of RGS8 would affect a person’s likelihood of experiencing depression.

To test their theory, the scientists compared a control group of mice to another group of mice that were genetically engineered to have more RGS8 in their nervous system. In a test where the mice were forced to swim — which the study states is a “common behavioral analysis method” to assess depressive behaviors in animals — they examined the times in which the mice were active or immobile. Mice with more RGS8 in their systems were immobile for a shorter amount of time than the others: This demonstrated that these mice were less depressed than the mice not engineered to have higher amounts of the protein.

However, that resistance to depression didn’t happen when the mice were given a drug that stops the hormone receptor MCHR1 from working. To understand the relationship between MCHR1 and RGS8 better, the scientists examined the mice brains — subsequently discovering that not only were the RGS8-engineered mice less depressed, but they had longer cilia in a region of the hippocampus where the RGS8 levels were highest. Cilia are antennae-like organelles that are involved with cellular communication.

Scientists have previously linked dysfunctional cilia to cases of obesity, kidney disease, and retina disease. This new finding means that the researchers now will examine whether the organelles are linked to mood disorders.

Saito’s team now believes RGS8 is “a promising candidate toward the development of new antidepressant drugs.”

As suicide rates increase, developing a new antidepressant is a process that’s more important than ever, and researchers agree that new, more effective treatments for major depression are needed.