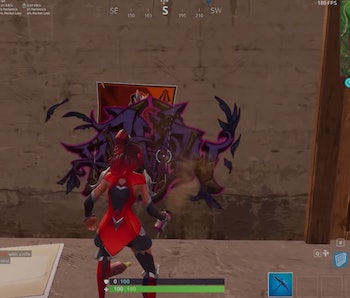 Last week, Epic Games made the decision to change the days of when the Fortnite Weekly Challenges go live. Players will have to wait until Thursday to get started on the new batch of tasks, but the leaks are still coming in early so players can start prepping.

Fortnite Tracker published the Season 4 Week 6 Challenges Fortnite: Battle Royale on Saturday. The seven tasks will require players to do a bit of vandalism with the “Spray over different Carbide or Omega Posters” challenge. This week will also be a bit more combat heavy than most weeks.

The spray paint challenge will be the week’s “special” task as it combines the new spray paint emote introduced in Season 4 and the Carbide and Omega posters that appeared after the latest update. Fortnite players will also have to go on a search for the spot “between a Playground, Campsite, and a Footprint.”

This week also has plenty of tasks that will require fighting off other players. Dealing 1,000 points of damage with a shotgun will require plenty of blasts to the face of an opponent. To get three eliminations with the SMG, players will also have to get up close and personal. Another challenge likely to cause a fight is the “Search Supply Drops” task, as these drops come later in a match and can be seen by players in the area, making their drop zone a battleground in some instances.

Week 6 Challenges will become active on Thursday. Epic explained that the decision to make the change was to allow them time to make sure the challenges were not “put in a bad state.” This sentiment was likely related to the issue the developer had with one of the Week 3 Challenges.

There is little word on what the next update will include when it drops on Tuesday, but Epic may decide to change up the coding for the mysterious hatch in Wailing Woods thanks to one player finding a way to drop into it with the help of a shopping cart.

More like this
Gaming
8.2.2022 1:00 PM
2 years later, Genshin Impact players share their hopes and fears for the game's future
By Jess Reyes
Gaming
7.30.2022 4:00 PM
You need to play the most thrilling retro sports game for free ASAP
By Mo Mozuch
Gaming
7.27.2022 4:00 PM
Everything we know about Tower of Fantasy, the upcoming Genshin Impact rival
By Jess Reyes
Related Tags
Share: