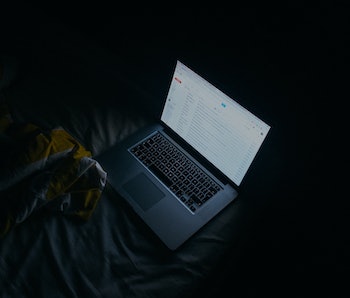 Developer Dylan Curran took to Twitter last week to show how much information the two companies have on the average user. Google, for example, keeps a timeline of your location, what ads a user might be interested in, and search engine queries for several years. Facebook stores every message or file sent to other users, flags topics it thinks you’ll be interested in based on pages you’ve liked, and even keeps track of any stickers sent.

Info stored by Google can be viewed online when logged in to a Google account. The Google Maps Timeline shows the locations of where a phone has been. The “My Activity” tab breaks down a user’s activity, including websites visited, search queries, and what apps are used on an Android phone. To get even more information from the search engine company, users can request their details from Google Takeout, which offers stored Google data such as every Google Ad seen, deleted files from Google Drive, and every term searched.

Facebook’s data on users has made headlines in recent weeks due to the Cambridge Analytica revelation that 50 million users’ info was used without their permission. In the wake of the scandal, many users have opted to download their data from the social media platform. The vast amount of information stored on Facebook includes all messages sent, phone contacts, and every time and location at which you logged into your Facebook account.

Since the revelation of the extensive data Facebook had on users with Cambridge Analytica scandal, the company’s CEO Mark Zuckerberg has come under fire by Congress, state attorneys, and the FTC, leading Facebook to lose what could potentially be billions.

At the end of his Twitter thread, Curran did have a warning: This much information falling into the wrong hands could be disastrous for anyone.

More like this
Innovation
Sep. 21, 2022
Gaming tech could ease pain during surgery — here’s how
By Sofia Quaglia
Innovation
Sep. 24, 2022
Audio deepfakes are a major threat — here’s how researchers expose them
By Logan Blue, Patrick Traynor and The Conversation
Science
Sep. 18, 2022
Younger adults aren’t getting boosted — here’s why that could be a huge problem
By Neil Mabbott and The Conversation
Related Tags
Share: