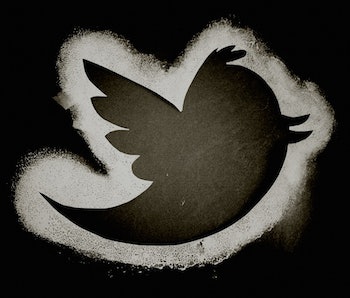 Twitter, famed for its role as President Donald Trump’s mouthpiece and Elon Musk’s idea board, has done something it’s never done before. It’s turned a profit.

The turnaround was in part thanks to throwing off one of Silicon Valley’s major addictions: employee stock options. Companies are likely to hand them out as a way of compensating employees, but costs will come back to bite them further down the line. In the second quarter of 2014, for example, stock-based compensation accounted for 51 percent of its whole revenue.

Twitter also noted its big success in the area of live streaming, efforts that could now be bolstered with a stronger balance sheet. In the quarter, it reached a figure of over 1,140 livestreamed events, striking 22 new partnerships and nine international deals. The company notes that improving its advertiser value and boosting its online video offerings will remain its revenue priorities. The profit boost from changing attitude toward stock options could help expand into these areas.

It wasn’t all great news, though. Michael Pachter of Wedbush Securities told Retuers that the failure to boost user numbers over the previous quarter still suggested something could be wrong. However, the number of daily active users did grow year-over-year to 12 percent, reaching an overall figure of 330 million global active users.

Still, when you have the president of the United States making off-the-cuff policy announcements, the head of Amazon congratulating SpaceX on its Falcon Heavy launch, and the head of Tesla proposing tunnels under Los Angeles, it’s hard to argue that people aren’t taking notice of Twitter.

More like this
Gaming
8.11.2022 1:30 PM
Overwatch 2 is ditching the game industry's worst feature
By Willa Rowe
Innovation
8.10.2022 9:00 AM
Scientists may have revealed the ancient secret behind China’s Bronze Age
By Sarah Wells
Innovation
4 hours ago
60 years ago, an iconoclast designer revealed a fix for our biggest tech problem
By Tim Gorichanaz and The Conversation
Related Tags
Share: