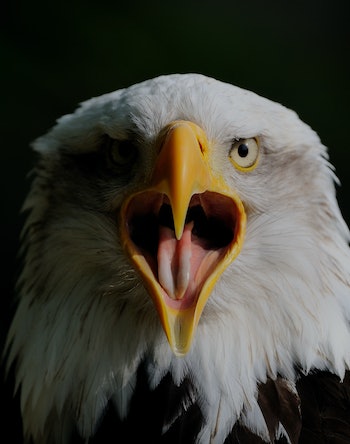 Two years ago, anyone wondering about Twitter’s ability to ban a sitting president was engaging in a sort of internal academic debate, running an interesting thought experiment. Now, things aren’t so simple. President Trump has walked up to the delicate line drawn by the terms and conditions of the messaging site even as his most vociferous white nationalist supporters have gone a step too far. So, what would happen if the man in the Oval Office finally went too far? Could Twitter ban him and, if so, at what cost? It’s hard to believe that Twitter CEO Jack Dorsey hasn’t given this any thought.

And, no, this is not a pure hypothetical. Several months ago, Twitter responded at a corporate level to the question of whether or not it would be willing to ban Trump should he break its terms of service. The company said it not only could, but would. This runs counter to messaging from Facebook, which has indicated that Trump’s inherent newsworthiness makes him hard to justify removing from a platform devoted — on some level anyway — to keeping people informed. In other words, Twitter would be acting alone. Twitter would be vulnerable to the entire wrath of @POTUS.

According to Jeremy Mayer, an associate professor at George Mason University’s Schar School of Policy and Government, law and tradition ought to head off most potential attacks. But there’s a caveat: Trump is not opposed to violating political norms or acting before consulting with legal professionals. He is a president without precedent.

“One of the many unprecedented things going on is that this President is naming names,” Mayer said over the phone. “When he’s happy with a company like Carrier he makes it clear. When he’s unhappy with Boeing he makes that clear…. And if he were to get angry at Twitter, there are some things he could do about it.”

The most obvious move for a freshly banned Trump might be instituting a boycott. This isn’t such a crazy idea. If one of the Presidents Bush or Obama were banned for reasons they deemed illegitimate, they likely would have asked their followers to leave the service in response. And this might be a uniquely strong strategy for President Trump, who has a significant and also very active following. Abusive and oft-banned though they may be, Trump’s hardcore Twitter fans represent a vital part of the site’s overall appeal to advertisers. A mass exodus could affect Twitter’s already tenuous financial situation.

On the other hand, there is no viable alternative to Twitter, which has achieve massive scale. “Nothing can handle the bandwidth and provide quite what it does,” Mayer points out, suggesting that Trump might not actually have enough pull to take the service down with him.

That is why Trump might file suit — a strategy in line with his litigious history. People have tried to sue Twitter before and more will try. Right now, there is a “bounty” put up by the staff of the conservative crowdfunding site WeSearchr to make Twitter “the next Gawker.” What if Trump supported a crowdfunding effort like that? It would almost certainly reach its funding goal, but according to Mayer any such suit would likely fall apart. Any lawsuit — no matter how Presidential — would be on even legal footing with prior private suits against Twitter, none of which have played out well for individuals.

The most realistic Trumpian clap back might be a blanket ban on any further use of official government Twitter accounts. The loss of the agency accounts alone would prove harmful to agencies looking to communicate policy. But, again, Trump has had a censor’s touch thus far and might not view that as an entirely negative developed. “He could do that, and he could make that stick,” Mayer says. But, in doing so, he might further legitimate the Alt-government accounts already being used by National Parks staffers to circumvent partisan retractions.

Those are the three obvious options. But with Trump being president, it’s important to note that he also has a nuclear option.

Trump has already threatened to “open up the libel laws” to make it easier to go after people for defamation, which could powerfully affect how safe users feel to speak their mind on the service. While that is pretty much the last thing the alt-right should want, given its widely controversial behavior, the move could still be devastating to Twitter. Thankfully, it’s one of the less likely scenarios since libel in the U.S. is decided by Supreme Court decision, not Congress.

“If congress passed a new libel law and Trump signed it my guess is the Supreme Court would strike it down,” says Mayer.

What does that all mean? Basically, that the most likely retaliation would be a public relations assault. And, yes, that could be devastating to both parties. Trump has already strained relations with the tech sector. Attacking a well-know, well-connected company would put him at odds with a lot of money — activating a massive donor base. And it won’t go well for Twitter either. If the service loses a significant number of users or becomes politically affiliated in a way that makes it impossible for its leadership to sell it as a critical utility/ad-serving platform, things could go from where they’re at (bad) to where a lot of tech industry observers think they’re headed in a hurry (worse). As much as the left would like to be dismissive of Trump, he is capable of punishing companies using the stock market — though he hasn’t yet done this to a corporation without significant federal contracts.

Mayer points out that there is one irony that could turn that narrative on its head: “Twitter is the way he realizes those attacks.”