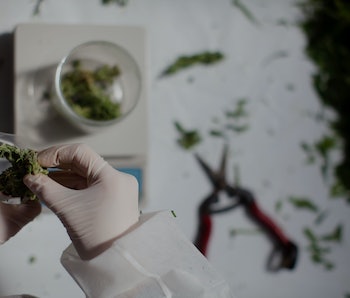 Ahead of Canada’s planned legalization of marijuana, scheduled for July, our northern neighbor is taking an incredibly rational approach to the wide and open availability of pot: studying it from a public health perspective.

Bill Blair, the Canadian Member of Parliament that’s been tasked by the the country’s ruling party with leading its efforts to legalize and regulate cannabis, announced Wednesday that 14 research projects at universities and hospitals around the country would be receiving $100,000 from the Canadian Institute of Health Research (CIHR) to study the effects of legalization.

The funded research projects will have different focuses and will provide a broad picture of the effect of legalization. For example, clinical psychologist Zach Walsh will begin a long-term study of 500 students at the University of British Columbia-Okanagan campus in April. “Everyone overestimates peer use and tends to think that cannabis is more prevalent, that other students are using cannabis more frequently and in greater quantities than they actually are,” he told The Globe and Mail on Thursday.

Sergio Rueda, a researcher at Toronto’s Centre for Addiction and Mental Health, will examine legalization’s effect on diverse communities, including among indigenous and non-White racial groups, while another project will look at how cannabis use changes once it is legalized.

Blaire told Newsweek that Canada is learning from the United States in its legalization efforts. “We looked very carefully at the experience of Colorado and Washington,” he said.

But perhaps it’s the United States that has more to learn from the Canadian example. Currently, the U.S.’s legalization process is piecemeal. While 29 states and the District of Columbia have all legalized marijuana in some form, under federal law cannabis is still illegal. Enforcement of the federal classification of weed is poised to become potentially more strict under Attorney General Jeff Sessions, who has an infamous hatred for marijuana, once saying, “Good people don’t smoke pot.” In early 2018, he ended Obama-era federal guidelines that limited a the U.S. government’s reach to criminally prosecute businesses and individuals for pot-related offenses in states where the drug has been deemed legal.