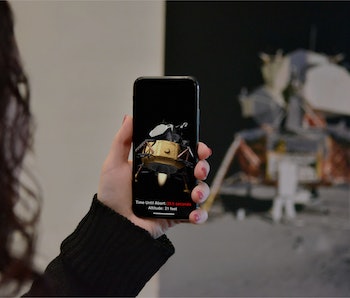 Apple’s new software update, iOS 11.3, will be available to iPhones and iPads around the world sometime this spring. The update will primarily focus on polishing and expanding features that Apple has seen as successful and there will be a couple of new additions as well.

The biggest changes will be improvements to the battery health indicator, upgrades to ARKit — Apple’s program that lets users create custom augmented reality art — and the debut of Health Records as a new app.

The preview of this update can be read in full on Apple’s newsroom site.

The recent news that Apple has been intentionally slowing down iPhone batteries caused quite the commotion amongst iPhone users. In an effort to be a little more transparent with their practices this new iOS will show users the state of their battery’s health and if it needs service.

This will be available for iPhones 6 and later and users will be able to navigate to the menu of this feature by tapping “Settings” and then “Battery.”

The first iteration of iOS 11 introduced ARKit to Apple devices. This program allows users to design their very own AR art that they can customize however they like and play with using their devices camera.

Apple’s CEO Tim Cook was reported praising AR technology during a recent visit to Canada. This update to ARKit seems to be on track with how Cook sees Apple as an AR hub in the future.

This brand new app will let users store all of their medical records in one place on your device. Providers often times require patients to use multiple online portals to store data and paperwork. Health Records will consolidate all of that by working with your doctors and hospitals. All of this will be encrypted and passcode protected.

Initially users will only be able to use this feature with select medical institutions, but more options will be available as this app becomes older.

Aside from the aforementioned updates, iPhone X users will now be able to turn their faces into a lion, bear, dragon, and skull using the phone’s Animoji feature.

Also Business Chat will be introduced to Messages. This will allow users to directly communicate with business like Discover, Hilton, Lowe’s and Wells Fargo right from their texting app.

For now we’ll have to wait and see when Apple officially releases all of these additions to their software.