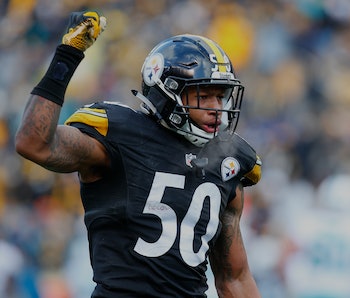 Emergency treatment for Pittsburgh Steelers linebacker Ryan Shazier, who suffered a devastating spinal contusion Monday during a game against the Cincinnati Bengals, included spinal stabilization surgery, a procedure meant to realign the dislocated bones of his spine. While the success of his physical recovery relies largely on time, it’s not clear whether he will return to football. In the meantime, his doctors will likely focus on an equally urgent goal: rehabilitating his mind.

For professional athletes whose entire lives revolve around their ability to play a sport, serious injuries can take an extreme psychological toll. Dr. Anthony Alessi, an NFL Players Association consulting physician, said of the injury: “It’s not good…We’re not going to see him this season. He may not play football again.”

The NFL has seen this sort of tragedy unfold before. In September 2010, the Denver Broncos’ wide receiver Kenny McKinley committed suicide after suffering from depression in the weeks following a knee surgery that would keep him off the field for an entire season.

Alessi, a neurologist who spoke with ESPN’s Michele Steele Thursday, said Shazier is at risk of losing his livelihood, so it will be especially important for him to receive proper mental health support over the next few months.

Sports scientists agree that psychological recovery is an integral part of treatment for injured players, whether or not they’ll ever return to the field. That’s because players tend to respond to physical injury with a range of negative emotions and behaviors, which the NCAA’s Sport Science Institute says includes sadness, isolation, irritation, lack of motivation, anger, frustration, changes in appetite, sleep disturbance, and disengagement. These, in turn, “can trigger or unmask serious mental health issues such as depression, anxiety, disordered eating, and substance use or abuse” — all of which could significantly hamper a player’s physical recovery.

This article in the journal Sports Health in 2009 summarizes the consequences of forgetting to treat an athlete’s psychological issues after an injury:

Injury is more than physical; that is, the athlete must be psychologically ready for the demands of his or her sport. … Concerns over reinjury, regaining status on a team, and failing to perform at preinjury levels are common and can affect the rate of recovery through overuse, avoidance, and other compliance issues.

Fortunately, sports scientists have determined several techniques that can help players like Shazier. In 2012, researchers publishing in the Journal of Sport and Health Science analyzed multiple existing studies looking at the effectiveness of psychological interventions on injured players, showing that guided imagery and relaxation techniques were linked to an improved ability to cope, and less anxiety about becoming injured again.

According to the National Institutes of Health, these techniques induce the “body’s natural relaxation response, characterized by slower breathing, lower blood pressure, and a feeling of increased well-being.”

In recent years, the NFL has funneled resources into preserving the mental health of its athletes — the least it can do for failing to protect them against the physical injuries causing many of these problems in the first place. The league’s “Total Wellness” initiative, launched in 2012, includes “transition coaches” that help injured or retired players make the shift into a post-football life, either by providing mental health first aid or, crucially, implementing suicide prevention plans.

In an interview with the American Psychological Association in January, psychologist Ciara Dockery, Ph.D., who runs the NFL Life Line — a hotline for mentally distressed current and former NFL players — said that “suicide prevention is a major focus.”

For Shazier, providing the right support now will be crucial to avoiding those crises in the future.