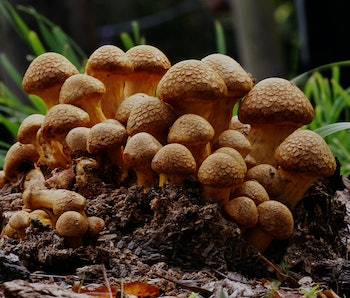 Psychedelic drugs are illegal in the United States, so using drugs is, by definition, a criminal act. Stereotypical images of drug use are often associated with criminality, especially since acquiring drugs usually steers people into a black market. But research suggests that using psychedelics could decrease people’s chances of engaging in violent crime and property crime. This finding could offer insights into criminal justice reform in the future.

In a study published this week in the Journal of Psychopharmacology, researchers at the University of Alabama at Birmingham and the University of British Columbia show evidence that people who use so-called classic psychedelics are less likely than others to engage in violent criminal behavior or property crimes.

By analyzing lifetime drug use data on 480,000 adults and comparing it to criminal activity over the past year, the researchers found that psychedelic drug use was associated with reduced odds of theft, assault, arrest for a property crime, and arrest for a violent crime.

In fact, the only crime that psychedelic drug users reported in relatively high numbers was — unsurprisingly — drug crimes. This was true for people who had used psychedelics at any point in their lives.

Beyond these specific findings, this paper offers some insights into the problems with “the war on drugs,” which frames drug use as criminal behavior. While the group analyzed in this paper were more likely than the general population to have engaged in drug distribution, that act in and of itself is not on par with the antisocial crimes that they were less likely to commit. Therefore, if we understand psychedelic drug users not as a criminal class but as people who are seeking to explore new avenues of consciousness, it’s clear that the criminalization of psychedelic drugs creates a negative burden on society by marking people as criminals when they are, in fact, less likely to commit violent crimes or property crimes.

These findings — that people who use psychedelics are less likely to commit violent crimes or property crimes — could help provide future avenues for ex-offender reform, considering high rates of recidivism for violent criminals and high rates of incarceration for drug crimes.

“Drug-related crimes (possession, use, distribution, or manufacturing of illicit drugs) and property crimes (burglary, larceny/theft, motor vehicle theft, or arson) are the most common criminal offenses, comprising approximately 14 percent and 13.5 percent of all arrests, respectively,” report the study’s authors, citing FBI statistics. Additionally, they report that 76.6 percent of offenders are re-arrested within five years of release.

While requiring people to take psychedelic drugs as part of a rehabilitation effort would certainly be unethical, loosening policies that restrict the use of psychedelic drugs could increase the long-term chances that people who commit crimes don’t find themselves involved with the criminal justice system again. Future studies could address just how much of these drugs people should be taking and what effects that would have on their behavior.

If you liked this article, check out this video about LSD’s effects on the brain.

More like this
Science
Oct. 1, 2022
Ancient humans forged hybrid species at critical periods in our evolution
By Penny Spikins and The Conversation
Science
Sep. 24, 2022
Is a fact always true? A philosopher explains how to spot the difference
By Peter Vickers and The Conversation
Science
Sep. 23, 2022
We finally know how many ants are crawling the Earth right now
By Jennifer Walter
Related Tags
Share: